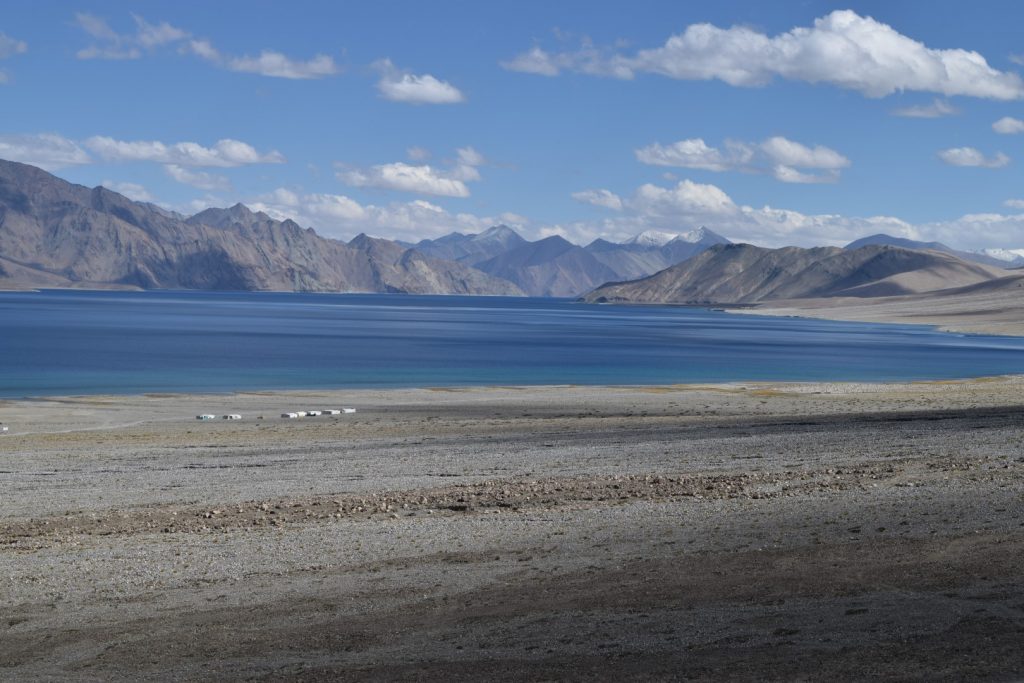 Confrontation in the Himalayas

A series of clashes between India and China on the sensitive border between Ladakh and China’s Xinjiang and Tibet regions culminated in a major incident in mid-June, even though no firearms were used. Nicholas Nugent considers the implications of this most serious confrontation in more than 40 years

The most serious clash in decades between Asia’s two giant neighbours took place on the night of 15 June at the 5000-metre high Galwan Valley of eastern Ladakh. It apparently resulted from an Indian attempt to displace Chinese troops after an earlier agreement by both sides to pull back. India reported that 20 of its soldiers, including a colonel, were killed and many more hospitalised. China has given no details of casualties on its side.  Ten Indian soldiers captured by China were returned a few days later after talks between senior officers on both sides.

Since 1996 China and India have agreed not to use firearms on the frontier. Instead, the two sides were reported to have used spiked clubs and batons wrapped in barbed wire. Some Indian soldiers died after falling – or being pushed – into an icy river.

The mid-June incident followed earlier clashes at Gogra hot springs north of Galwan, and on the banks of Pangong Tso, a lake which straddles Indian Ladakh and Chinese-controlled Tibet. All three locations lie above 4,350 metres, where intense cold makes living – let alone fighting – a tricky business and mountain sickness is an additional hazard. Indian casualties were evacuated to Leh, capital of its Ladakh region.

This is the most disputed part of the 3,488-km Line of Actual Control (LAC), the ceasefire line from the war the two countries fought in 1962, which stretches from Myanmar in the east to Pakistan in the west. The 38,000-sq-km Aksai Chin region adjacent to the Galwan Valley is occupied by China but claimed by India. A road across the Aksai Chin links the Chinese autonomous regions of Xinjiang and Tibet.

Indian analysts believe Chinese incursions across the LAC were provoked by India’s recent upgrade of a road up the Galwan Valley to a military base at Daulat Beg Oldi close to the strategic Karakoram Pass trade route into Xinjiang, closed since 1947. The military base, one of highest anywhere in the world, lies in the shadow of the Siachen Glacier where three nuclear-armed nations meet, the third being Pakistan. All three dispute the frontiers which were never fully agreed during the colonial era. India challenges China for control of Aksai Chin, while Pakistan confronts India for dominion over the former princely state of Kashmir.

According to Colonel Vinayak Bhat, a satellite imagery expert who served in the Indian army for over 30 years, the Chinese ‘land grab’ – as he calls it – in the Gogra region is an attempt to control a so-called golden mountain within Indian territory, which he says contains gold and copper as well as elements such as lithium and cobalt used in modern electronic devices. China is reported to be mining gold in the autonomous region of Tibet.

International analysts see the clashes as part of what a senior US State Department official called ‘a pattern of greater Chinese assertiveness’, similar to the way China is pushing its claim over the South China Sea. ‘It’s an attempt to distract attention from China’s role in spreading COVID-19 and take advantage of countries that are preoccupied with controlling the pandemic,’ says Colonel Bhat. India has been severely affected by the pandemic.

There is a long history of tension between India and China over their un-demarcated border, though there have been no deaths on either side for 45 years. At its eastern end China claims up to 90,000 sq km of the Indian state of Arunachal Pradesh, calling it ‘Little Tibet’. There was heightened tension along the middle section between Bhutan and Nepal three years ago when India challenged China’s building of a road across Bhutan’s territory. Recent clashes in Ladakh were preceded by one across a 5259-metre pass in northern Sikkim.

Indian military sources say three Chinese brigades consisting of at least 1000 soldiers and high altitude light battle tanks have recently been deployed to the frontier adjoining Ladakh. They say that Chinese troops crossed the Changchenmo River and seized land inside India, variously put at between 40 and 80 sq km.

China has given little publicity to the recent clashes and not revealed its own casualties, though it does deny reinforcing its forces in the area.  After the two foreign ministers conferred by telephone, China’s Foreign Minister Wang Yi promised to de-escalate the situation while blaming India for the clash due to ‘provocative acts’. A ministry spokesman said Indian troops had twice crossed the border line ‘provoking and attacking Chinese personnel’. Senior Indian and Chinese military officers have had several meetings along the LAC.

Prior to these clashes, relations between the two neighbours were cordial. They are major trading partners, though goods are never traded across the high altitude border. China’s President Xi Jinping and India’s Prime Minister Narendra Modi have met at least six times since 2014, mainly at international forums like the G20. Although competitive in an economic sense, especially in the fields of pharmaceuticals and electronics, there are no fundamental differences, though prime minister Modi has declined to sign up to China’s international Belt and Road Initiative development plan.

The two leaders held informal summits in the Chinese city of Wuhan in 2018 and near Chennai, India, in 2019. Both ended with pledges by the leaders to resolve border disputes peacefully, though no mechanisms for agreeing or demarcating the disputed border were put in place. Both sides have been content to leave the dispute unresolved.

The deaths of Indian soldiers, regarded as a national humiliation, led to anti-Chinese demonstrations on the streets of the Indian capital New Delhi, where pictures of the Chinese leader were set on fire. Prime Minister Modi was criticised for his slow response to the Indian deaths: it was two days before he threatened China with retaliation. Unusually, he also conferred with opposition leaders.

After the month-long war in 1962, seen to be a victory for China, India’s parliament resolved ‘never to cede one inch of Indian territory’. However, as later generations realised, it is difficult to stick to that pledge if the territory was not India’s in the first place – at least not by mutual agreement.

It is no wonder that a clash between these two nuclear powers which are home to 2.7 billion people – one third of the world’s population – is causing jitters around the world. US President Donald Trump offered in a Tweet ‘to mediate or arbitrate’ between India and China but there has been no sign that either side is willing to accept his offer. By coincidence, India was elected to a two-year term on the United Nations Security Council – on which China occupies one of five permanent seats – just days after the Galwan Valley clash. India’s new tenure may have interesting future implications as it believes that, by virtue of its size and weaponry, it merits its own permanent seat.

Nicholas Nugent, who was formerly with the BBC, visited eastern Ladakh three years ago and has also been in 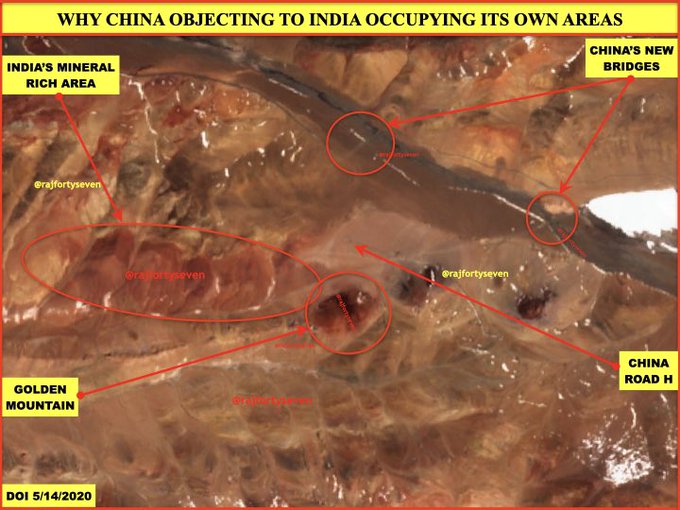