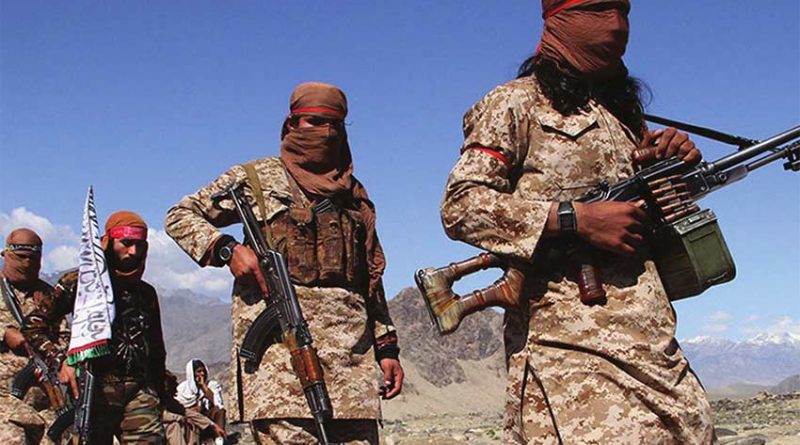 While the people of Afghanistan contemplate the prospect of the Taliban’s return to power, possibly in a ruling coalition, the slow peace process grinds on – though progress has been hampered by the coronavirus outbreak. Nicholas Nugent reports
Two months after the United States signed a deal in the Qatar capital of Doha with Afghanistan’s Taliban movement, there are signs that the deadlock between the Kabul government and the Taliban, who held power in Kabul from 1996 to 2001, may be easing. Both President Ashraf Ghani’s government and the Taliban have started to release prisoners – as provided for in the Doha deal – and the US has begun withdrawing its forces from the country, another provision of the agreement. Subject to the Taliban fulfilling its part of the deal, the US is committed to removing all its forces from Afghanistan within 14 months.
In mid-April came news of an outbreak of COVID-19 within the president’s palace in Kabul. Afghanistan had escaped the worst of the pandemic compared with neighbouring Iran, but then it was reported that as many as 40 members of the presidential staff had been exposed to the virus. Initial reports said the president himself had not tested positive.
The outbreak will affect progress on the intra-Afghan talks which, besides the government and the Taliban, involve presidential rival Abdullah Abdullah, who refused to accept the result of last September’s election that officially returned Ashraf Ghani to power.
US Secretary of State Mike Pompeo’s ‘dash’ to Kabul in late March and subsequent threat to reduce his country’s aid to Afghanistan appear to have had an impact. Mr Pompeo told both Mr Ghani and Mr Abdullah that the US would no longer support the elected government at any price.
According to Afghan researcher Hameed Hakimi of London’s Chatham House think tank, America has reversed its policy regarding the Taliban. ‘Gone are the days of the US counter-insurgency strategy… which dehumanised the Taliban as terrorists from whom the civilian population needed to be protected,’ he says. Now the US has embarked on a process of ‘humanising’ the Taliban as it prioritises ‘peace’ over sanctioning the former enemy, while the Doha agreement recognises the movement as ‘the Islamic Emirate of Afghanistan’. Hakimi believes ‘the Taliban are well placed to gain the upper hand in a final political settlement’.

After 19 years nurturing a process of democratic franchise and political accountability to the people of this impoverished Central Asian nation, the US now recognises that a movement based on Islamic fundamentals and committed to taking power by force – as it did in 1996 – merits a role in government. After the Doha deal was signed, President Trump – who faces a re-election contest in November – spoke on the telephone to the Taliban lead negotiator, Mullah Baradar, and has said he will meet Taliban leaders ‘soon’. For their part, Taliban leaders have assured the US they will not allow either al-Qaeda or ISIS, both active in the country, to extend their power bases. The Taliban’s granting of sanctuary to Osama bin Laden’s al-Qaeda in the 1990s led to it being ousted from power in 2001 at the US’s behest.

The essential prerequisites are now in place for power-sharing with informal talks underway in Kabul, though not the more serious negotiations which the Doha deal specified should take place in a European capital. President Ghani has appointed a 21-strong negotiating team, led by the respected figure of Mohammed Masoom Stanekzai, former chief of the National Directorate of Security, and including five women. The Taliban are showing signs they may be prepared to overcome their refusal to talk to those they have characterised as ‘US puppets’. Much depends on the release of the 5,000 prisoners in government hands and the 1,500 held by the Taliban.
However, it is still not certain the Taliban side are serious about engaging in talks with their Kabul-based rivals. The militant group knows only fighting as a vehicle to power, though the fact they engaged in talks in Qatar with the US gives grounds for believing they may agree to sit down together once the tricky exchange of prisoners has been completed, building a basis for mutual trust that did not previously exist. That said, the Taliban have not agreed a ceasefire and though they promised not to attack withdrawing US forces, there have been deadly attacks on Afghan security forces in several parts of the country.
The Brussels-based International Crisis Group, which monitors conflict and peace processes worldwide, has outlined a possible pathway to peace talks which includes early agreement on a venue, a mediator and on common objectives if the process is to make progress. ‘Setting ground rules for how the talks will operate and providing a broader sense of direction’ is essential, says the ICG. ‘The rules can help set expectations – for the negotiators as well as for the Afghan public – regarding the pace of talks, including whether the negotiations will be a single, continuous process or segmented into discrete phases,’ it says in a document entitled ‘Twelve Ideas to make the Intra-Afghan Talks Work’.
The Taliban doubtless has its own strategy to gain power in Kabul to complement the authority it already wields over much of the country. A key will be whether it thinks it will be strong enough, after the US withdrawal, to gain complete power or will agree to the compromise implied in the Doha agreement by sharing power with its nemesis, the Kabul government. It has not so far renounced armed rebellion as a way to regain power. Former government adviser David Loyn suggests a mid-position could be to appoint Taliban governors to provinces they already control, thus implicitly bringing them into government.
Few Afghans remember the time when the Taliban ruled the country because they were not yet born, were too young or were in temporary exile during the period now known as ‘the mujahedin wars’. Yet the Taliban presided over a relatively stable and well-ordered era between periods of fighting – though with a denial of education for girls and severely limited work opportunities for women. Women’s groups will therefore be especially apprehensive about a Taliban return to power. Speaking of a future in power, Taliban leaders told the ICG: ‘Women should continue to enjoy rights to education and work so long as those rights are consistent with Islamic law and Afghan culture.’
Television and films were banned as ‘un-Islamic’ and Kabul airport was closed to foreign visitors, although the Taliban were civil to foreigners who did visit. This correspondent remembers being reprimanded by the Taliban deputy foreign minister for not having his passport stamped as he entered the country by road from the Khyber Pass. The immigration office had been closed when he arrived. More likely the Taliban official was angered by the fact that his visa had been issued by a rival administration that remained in control of the embassy in London.
Nicholas Nugent, who formerly worked for the BBC covering Asia, has visited Afghanistan under governments of all complexions and continues to watch the country closely
Please follow and like us: