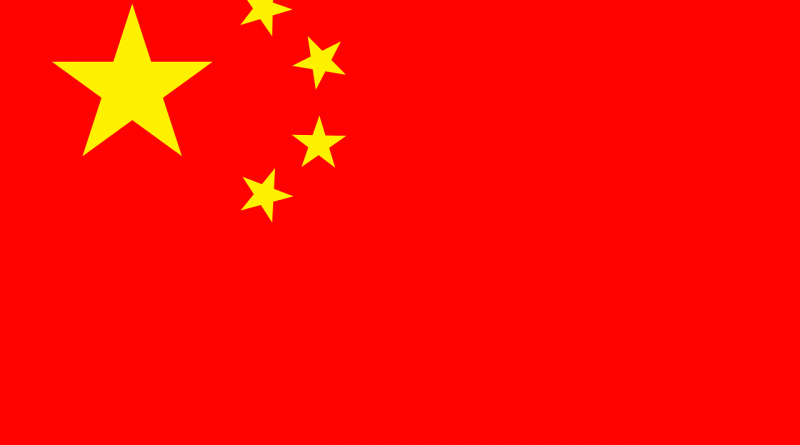 Amid mounting Chinese aggression, India may be poised to rethink its ‘One China’ policy and exploit Beijing’s weaknesses

Growing expansionism by Beijing and escalating tensionsbetween India and China across the Line of Actual Control – which have stepped up in recent days –are leading Indian strategists to explore how Delhi can send a tough messageto Beijing bytaking advantage of the latter’s geopolitical vulnerabilities.

This was the focus of a recent webinar jointly organised by the Law and Society Alliance and Defence Capital, at which experts recommended that India should revise its ‘One China’ policy to exploit China’s Achilles’ heels, includingTibet, Hong Kong, Taiwan and Xinjiang.

India’s ‘One China’ policy has long been seen as reciprocal with China’s ‘One India’ strategy; but, while India renounced its influence on Tibet during the 1950s and accepted its annexation by China, Beijingshowed less support for India on the J&K issue, siding instead with its all-weather friendPakistan.As a result, Delhi’s ‘One China’ approach has begun to shift in recent years.

Examples of this, said panellist Dr Arvind Gupta, former deputy national security adviser of India,are the 2010 India-China joint statement, whichmade no mention of the ‘One China’ policy; external affairs minister Sushma Swaraj’s 2014 statement on the need for China and India to mutually recognise each other’s unity and sovereignty; and the invitation extended to a representative of Taiwan to join Narendra Modi’s oath-taking ceremony in 2014.

But Dr Gupta expressed concerns that India had not made much progress regarding what was said in these statements. He suggested Delhi should be supporting Tibetans’ effortstowards self-governance, as well as giving the Dalai Lama more recognition, visibility and position in both diplomatic and political engagements with India.

Furthermore, New Delhi’s support must go beyond Tibet, said Gupta. Taiwan is another of China’s sensitive spots with which India should develop economic and technological ties, as well as offering politicalbacking, while both the democratic movement in Hong Kong, and the voices raised against human rights violations in Xinjiang, would benefit from Indian as well as wider global support.

Perhaps even more importantly, Dr Gupta stressed the need for India to increaseits capacity to deal with Chinese expansionist aggression, and toanticipate the measures China could take in the event of India deviating from its ‘One China’ Policy.

Jayadeva Ranade, former additional secretary in the Cabinet Secretariat and current President of the Centre for China Analysis and Strategy,agreedthat India must ramp up its capabilities in countering China – not only on their shared border, but on all fronts.He suggested that the Indian government couldoffer status and opportunities to Taiwanese businesses equal to those currently offered to China, as this would also benefit India by tackling unemployment and helping businesses to grow. In addition, scholarships could be provided forstudents wanting to learn Mandarin from institutionsin Taiwan rather than in China, to prevent themreturning with a pronounced bias in favour of Beijing.This view was shared by the Editor of Strat News Global and Bharat Shakti, Nitin Gokhale, who noted that Delhi is on the verge of a significant shift in its ‘One China’ policy towards Taiwan, which can help India to train more students, government officials and technocrats, giving Indian stakeholders the opportunity to study and understand China more.

Vis-à-vis Hong Kong, Ranade favoured greater engagement by India on democracy and human rights issues, while on Tibet he believed India needed to expand its Buddhist links with the Tibetans and strengthen the relationship,thwarting China from building the Buddhist circuit connecting Lumbini with China through aerial connectivity.

India should never accept the ‘One China’ principle as propounded by Beijing, insisted Sheshadri Chari, secretary-general of the Forum for Integrated National Security, as even the Chinese ‘admit themselves’ that the region of Xinjiang ‘is not their land’. It was annexed by China, as a result of which it created borders for itself with Central Asian nations including Tajikistan and Kyrgyzstan, as well as Mongolia, Afghanistan and Pakistan.By occupying Tibet, China also gained an additional landmass and borders with India, Bhutan and Nepal, which it didnot initially have. It was, therefore, an important strategic move by China, and one India must be wary of.Chari also issued a warning about the development of the Urumqi-Kashgar road, through which, China will gain access to South Asia and thus make inroads into Indian territory to dominate the region.

According to Abhijit Iyer-Mitra, senior fellow at the Institute of Peace and Conflict Studies, India must address three major problems with China: the need to cut off the Pakistan-China nexus, create a problem-free border, and tackle China’s veto power at the United Nations Security Council.He also urged policymakers to consider two key questions: what can India do to China that China cannot do to India? And what can India do to China that China has previously done to India? There could be consequences, he warned.

Highlighting the difference between covert and overt policies, Mitra advocated a long-term plan that does not involve bargaining with China. Future policy options could include developing intelligence cooperation with Taiwan, building a doctrinal relationship with Japanese and US forces, and diverting Chinese attention to the South China Sea and other borders by providing resources and support to countries such as Vietnam and the Philippines, which are ready to take on Beijing.

India’s non-interference when Tibet was annexed by China in 1950-1 – thereby changing its geographical boundaries – has come back to haunt it since 1962 as China, initially unchallenged, grows ever more expansionist, making claims and carrying out incursions in its neighbourhood, as well as increasing aggressive activities in the Indo-Pacific.

In November 2019, for example, Nepal’s Survey Department accused China of encroaching on Nepali land in the northern districts of Humla, Rasuwa, Sindhupalchowk and Sankhuwasabha, adding that Nepal would lose several hundred hectares of land due to Chinese encroachment and unilateral embankment activities. Similarly, in a recent tweet, China Global Television Network claimed Mount Everest in its entirety as part of China. While it later deleted the tweet, China has unilaterally initiated an exercise to measure the height of the mountain, as well as installed telecommunication equipment to provide 5G services on it.

China is also continuing with its encroachment and road construction activities in the Doklam sector of the Bhutan-China border, intimidating Bhutanese farmers as they try to access pasture land within Bhutanese territory.

In the South China Sea, China has island and maritime border disputes with Taiwan, Brunei, Indonesia, Malaysia, the Philippines and Vietnam, as well as laying claim to all of Taiwan and its controlled islands. Chinese demands for exclusivecontrol of the region, which sees USD 3.5 trillion worth of global trade, would affect many countries beyond the immediate region.

Moreover, China has Exclusive Economic Zone disputes with North Korea, South Korea and Japan in the Yellow Sea (N/S Korea) and East China Sea (SKorea/Japan), and claims the Senkaku/ Diaoyu islands of Japan. Again this could have wide-ranging consequences.

Now, therefore, is the time for India to fully change direction and challenge China. Given the influence of the speakers at this event, the proposalsmade go beyond mere talking points; they represent an important development in India’s active strategy on China. The next step for India must be to take a lead in reviewing the ‘One China’ policy, using the very regions into which China has encroached as a diplomatic weapon against it.

This will undoubtedly open a Pandora’s box for China that will have far-reaching geopolitical consequences. Once the contents are unleashed, China will find it difficult to buy the silence of the world, even on Xinjiang.

For the sake of India’s security, and that of the wider world at large, the time has passed for engaging in any quid pro quo with China on ‘One India’ and ‘One China’ policies. As Sheshadri Chari warned, whether or not there is acceptance from Beijing in the ‘One India’ policy, ‘we will not accept the One China policy at all’.