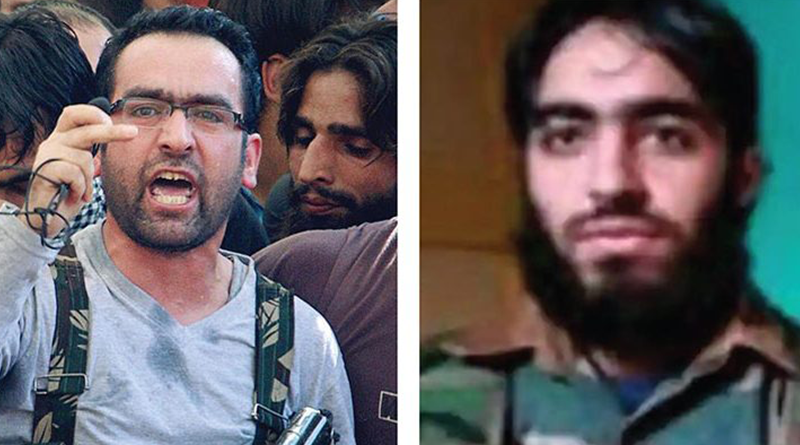 The killing of a key militant figure in the Kashmir Valley marks an important gain for the Indian security forces. But, asks Sudha Ramachandran, can those in power capitalise on it?

On May 6, India’s security forces scored a major victory when they killed Riyaz Naikoo, operations chief of the Hizbul Mujahideen, the largest indigenous Kashmiri militant group, in an encounter at Pulwama in south Kashmir. Naikoo, 32, was among India’s most-wanted terrorists in the Kashmir Valley and carried a bounty of Rs 1.2 million on his head.

A former maths teacher at a school in Baighpora in Pulwama, Naikoo was radicalised during the stone-pelting protests of 2010. He joined the Hizbul Mujahideen in 2012 and his rise to the top rungs of the group was swift, facilitated by the elimination in quick succession of several HM commanders. In July 2016, HM commander Burhan Wani was killed; then, just ten months later, the group’s area commander Sabzar Bhat met his end. When Naikoo took over the HM’s reins in late May 2017, the organisation was in grave turmoil. Another commander, Zakir Musa, had pledged allegiance to al-Qaeda and announced the formation of Ansar-ul-Ghazwat-ul-Hind (AGH), the jihadist group’s Kashmir affiliate. It did seem, then, that the HM would split down the middle, with a danger of many fighters leaving to join AGH. But Naikoo was successful in preventing that exodus.

Unlike most leaders and fighters of the ‘new militancy’ in Kashmir – that is, the post-2016 militancy in the Valley, who were swiftly eliminated by the Indian security forces – Naikoo managed to survive counter-insurgency operations for several years. His long survival was hugely valuable to the HM, as it has been struggling with enormous losses among its leadership as well as its rank and file in recent years. Naikoo gave the group a measure of stability through turbulent times.

Reports in the Indian media said Naikoo was a moderate

When he became HM’s operations chief, reports in the Indian media said he was a moderate, inclusive in his outlook and in favour of a secular Kashmir. He is said to have made a speech welcoming Kashmiri Pandits (Hindus) back to the Valley. However, his stint at the HM’s helm saw the group terrorise Kashmiris.

The Hizbul Mujahideen killed scores of Kashmiris, accusing them of acting as informants for the security forces. Videos of them confessing to this, and of their subsequent executions by the HM, were uploaded online, aimed at terrorising Kashmiris into supporting the group. Naikoo also abducted the kin of scores of Kashmiri policemen and held them hostage. Under his leadership, the killing of Kashmiri policemen increased, and he is also said to have been behind the killings of migrant labourers, apple traders and truckers in the wake of India’s controversial decision on August 5 to strip Kashmir of its autonomy.

Clearly, Naikoo was undeserving of the ‘moderate’ label that sections of the Indian media gave him in 2017.

Although not as charismatic or popular as Burhan Wani, Naikoo attracted Kashmir youth with his theatrics. For instance, he showed up at Sabzar Bhat’s funeral and fired several shots in the air, reviving a long-standing tradition of the Kashmir militancy of giving slain militants a gun salute. His open defiance of the Indian state impressed youngsters and his bravado drew scores of Kashmiri boys into the HM’s ranks. Although recruitment into HM increased in 2017, Naikoo could not capitalise on this and under him the group did not carry out any major terror strikes. Since the boys were locally trained and thrown into combat after receiving just the basics in weapons handling, the HM lost cadres faster than it recruited.

Naikoo’s elimination is a blow to the Hizbul Mujahideen, which will undermine the morale of fighters. Today, there are few recognisable names or faces in the organisation.

The HM’s Pakistan Occupied Kashmir-based leaders and their handlers in the Inter-Services Intelligence have responded swiftly to the group’s decapitation. They have appointed 26-year-old Saifullah Mir, aka Ghazi Haider, as the HM’s new operational commander in the Valley. Mir was the HM’s district commander in Pulwama. A close aide of Naikoo, he was familiar with the slain leader’s recruitment and fund-raising network and is believed to have contributed to his elevation. Zafar-ul-Islam has been named Mir’s deputy, while Abu Tariq Bhai is his new chief military adviser.

Mir’s stint at the helm is unlikely to be easy. For one, despite losing personnel in a string of recent gun battles with militants, Indian security forces are on the ascendant in the Valley. They have put the HM on the defensive.

Additionally, the group under Mir could face trouble from other militant and jihadist groups in the Valley.

In October last year, a new group called The Resistance Front (TRF) emerged on social media. Since April it has become active on the ground in the Valley and has engaged the security forces in several gun-battles. In early April, five TRF militants crossed the Line of Control into India after availing weapons training in Pakistan. They were intercepted by security forces. In the encounter that followed, all five militants were eliminated, but not before they were able to inflict heavy losses on the security forces too. Five personnel of India’s elite Special Forces were killed in the encounter.

A creation of Pakistan, the TRF is said to be an umbrella grouping of several militant organisations operating in the Valley. It is aimed at giving greater unity to militants fighting the Indian forces.

The Hizbul Mujahideen’s relationship with TRF is unclear. Turf battles between the two were reported a few weeks ago and, while Naikoo dismissed differences with TRF as mere rumour, speculation that all is not well between the two has gained ground since Naikoo’s death.

Intercepts of phone conversations between those trapped in the house along with Naikoo in his final encounter with security forces and other militants outside point to betrayal by the ‘new tanzeem’ – that is, the TRF. It is possible that the TRF provided input on Naikoo’s location to the Indian forces.

This can be expected to lead to fighting between the Hizbul Mujahideen and other militant groups in the coming weeks. An already weakened HM could emerge bruised and bloodied from this fighting.

Much will depend on how India chooses to act in the coming weeks. Kashmiri anger against the Indian state – an important fuel for militancy in the Valley – is deep and unless the Indian government acts to address this anger and alienation, the flow of boys to the militant groups will continue.

Gains made by the security forces in counter-insurgency operations against the militants are being lost by politicians and leaders in New Delhi and Srinagar.