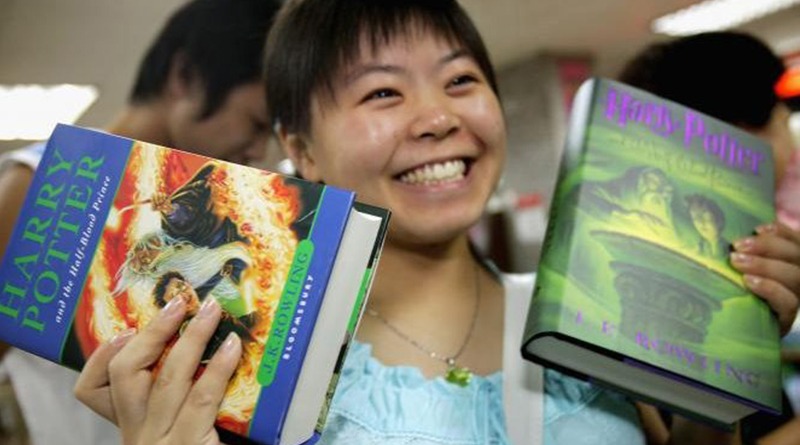 A year ago, Chinese tourists were thronging to Britain’s landmarks and business was brisk. But a mood of suspicion has now soured the Sino-British relationship, while China’s reputation has also suffered in other parts of the world, including Asia. Duncan Bartlett surveys the changing political landscape

Last summer, I witnessed Harry Potter perform some remarkable magic. The trick took place in the merchandise store of the Warner Brothers Harry Potter Studio Tour in London. I watched, mesmerised, as a customer picked up a box which, according to the label, held a magic wand.

In reality, it contained a small piece of moulded plastic that cost £32 ($40 USD). The woman took it to the counter, along with some other items, including a flowing robe, bringing her total bill to well over £100 ($126 USD). She paid by a credit card, from an account held in Renminbi. I assume she was bewitched.

Last year, six thousand people per day visited the Harry Potter Studio, many of them from China. Some commercial sorcery, which I do not fully understand, compelled them to purchase souvenirs which are manufactured in China and take them back to their homeland.

Now the spell is broken. The studio is closed because of coronavirus. Other places to whichChinese touriststhronged, such as Cambridge University and the British Museum, stand quiet and empty.

Meanwhile, a mood of distrust towards China has spread throughout Britain. Politicians from all parties have condemned China’s approach towards Hong Kong. Legislation has been rushed through parliament to stop opportunistic takeovers of British companies by Chinese firms and surveys suggest many people are resentful of China’s handling of the coronavirus outbreak and its subsequent rapid spread around the world.

I believe a debate about China’s sway over the British economy was overdue. China accounts for about 7 percent of UK imports and receives 4 percent of Britain’s exports. Yet China’s ideology is profoundly different to that of the United Kingdom. Inevitably that has caused tension, especially since President Xi became leader, insisting on much more orthodox Communist line.

This has created problems for Britain’s governing Conservative party, which has been forced into a U-turn on China. Until fairly recently, the government was heralding a ‘golden era’ in Sino-British relations and when Prime Minister Boris Johnson was Mayor of London, he courted Chinese investment.

In 2013, on a visit to Beijing, he claimed Britain’s links with China were a bit like the relationship between Harry Potter and his first girlfriend Cho Chang, a student at Hogwarts school. The couple’s relationship fell apart soon after starting (though some fans of the JK Rowling series pointed out that Cho Chang was, in fact, British). Perhaps that was an ominous sign of a diplomatic relationship which was also about to face trouble.

After Britain voted for Brexit, politicians clung to the hope that trade deals with China could help compensate for the rupture with the European Union. Yet within a few years, anti-China voices have grown much shriller and Prime Minister Johnson has changed tack. He recently wrote an article condemning China for its planned new security laws for Hong Kong, a former British colony which has maintained autonomy since it was handed back to China in 1997.

Pro-democracy groups say the laws will effectively end Hong Kong’s independence and ruin its economy. The Chinese are furious at Mr Johnson’s intervention, claiming it shows his ‘colonial’ mindset. If Britain does not stop meddling in China’s internal affairs, it faces ‘substantial damage’ to its economy, according to state propaganda.

Australia, which has also changed tack, has already felt China’s revenge. After the country’s premier, Scott Morrison, called for an international inquiry into the origins of COVID-19, the Chinese government slapped restrictions on imports of Australian beef and barley, with iron ore potentially next in line.

Until fairly recently, the government was heralding a ‘golden era’ in Sino-British relations

For other countries, such as India, the disruption brings opportunity. In June, India and Australia announced their Comprehensive Strategic Partnership, including pacts on security and trade. Prime Minister Scott Morrison said they are trusted partners which ‘share a vision for open, free, rules-based, multilateral systems’.

Britain, too, may look to India for partnership on technology and infrastructure projects. Plans are afoot to formally establish a D10 group of collaborators, which would include the G7 democracies as well as Australia, South Korea and India.

Currently, Indians receive more visas to live and work in the UK than people from any other country and Prime Minister Johnson and Home Secretary Priti Patel hope to welcome more skilled professionals. The government is also offering visas to people from Hong Kong, who wish to emigrate for political reasons. The hope is that these immigrants will be an economic boon to British society.

Priti Patel’s family is of Indian origin but moved to the UK from East Africa during the 1960s. Many Asians who came to Britain through a similar route have gone on to thrive in business. They often hold views on politics which are broadly in line with those of the Conservative Party.

However, throwing open the doors to more Asian immigrants could create tension among white working-class communities, upon which the Conservatives have come to rely for electoral support. And in my view, there is another risk involved in railing against China’s policies and insisting that companies like Huawei are dangerous. If such opinions are expressed in a crude way, they undermine Britain’s image as a tolerant, multicultural country, at ease with the people of every race.

The Chinese recognise that accusing Britain of colonialism carries with it the sting of racism and exploitation. It also associates the government of the UK with Donald Trump, for whom rivalry with China fuels his ‘America First’ agenda.

Like Mr Trump, Mr Johnson has realised that criticising China distracts from mistakes in dealing with the coronavirus crisis. And as in America, the opposition eggs on the fight. The British Labour Party wants the government to take a tougher stance on China and says it has not been vocal enough on Hong Kong – another example of Britain’s neo-colonialist attitude, according to China.

Coaxing the Chinese back to the UK after loudly criticising their country will prove difficult. Recent precedent suggests that the Chinese government is more likely to turn vengeful than conciliatory over Hong Kong. Of course, most businesses would like to plough through the political friction and get back to trade and tourism. However, there is no magical solution to this ongoing geopolitical dilemma.