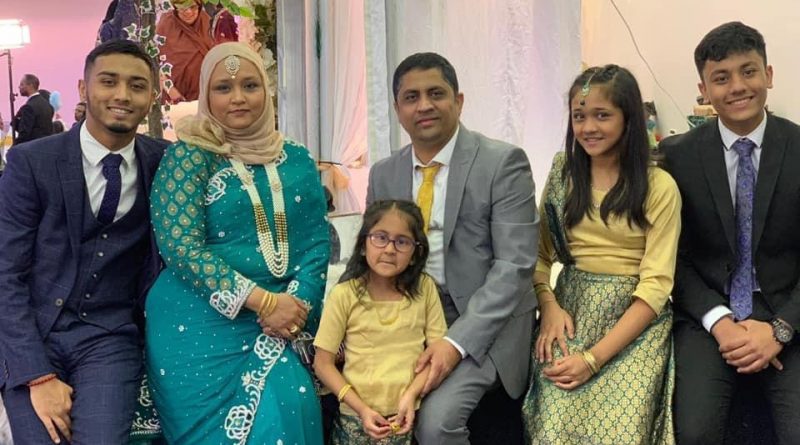 From Bengal to Britain

Duncan Bartlett on a book that charts the oft-forgotten story of the UK’s Bengali community, and the contribution they have made to their adopted country

The worldwide campaign to challenge racial injustice, sparked by the Black Lives Matter movement, has raised many questions about history. For example, what more could we learn about the challenges faced by people who travelled from Asia to build new lives in Europe?

Such questions have particular resonance for members of the South Asian diaspora in the UK. Their lives have often been affected by historic racism and hostility toward immigrants. Yet people from Asia who live in Britain can also point to significant achievements in many fields.

Author Faruque Ahmed believes that the story of Britain’s Bengali community, who originate from Bangladesh, has been largely neglected or forgotten. His intriguing and carefully researched book Bengali Settlement in Britain celebrates this dynamic group.

Adventure on the high seas

The story starts in the 17th century, when Britain ruled the waves as the world’s leading maritime nation. We learn that some of the earliest settlers to Britain from the province of Bengal were lascars, sailors who served aboard merchant ships carrying precious goods from the Indian subcontinent, such as cotton.

Some lascars enjoyed adventures and grew wealthy. This put them at risk of having their money pilfered by robbers and harpies who preyed upon sailors in England’s ports. When at sea, they faced the danger of capture by pirates or brutal treatment by racist ship captains. Mutinous sailors were cruelly punished, with Muslims being humiliated by having a pig’s tail stuffed into their mouths.

The author notes that in the 19th century, it was mainly Bengali Muslims who went to sea, because Bengali Hindus were forbidden from sailing for religious reasons. Intriguingly, this sin could apparently be forgiven by the gods, if one showed repentance by sleeping on a hard chair, instead of lying in a bed.

Many Muslim lascars came from the province of Bengal – now Bangladesh – and in particular from the fertile region of Sylhet. Although far from the sea, Sylhet’s forests produced timber for ships and some of its young men longed to board the boats they built. Today, the dream of many young Bengalis from the region of Sylhet is to fly from Osmani International Airport to join their relatives for a new life in Britain.

Ahmed’s book is rich in anecdotes, and meticulously researched and sourced. It reveals that by the 19th century, a few Bengalis had begun to make East London their home. Regarded by the English as ‘Asiatics’, they shared their quarters with Chinese and Malays.

During the Victorian era, as its empire expanded, Britain tightened its colonial grip on India. Ahmed does not dwell on the experiences of those who lived under British rule in Asia but notes that a fortunate few young people were invited to England to enjoy an imperial education. Some Asian scholars went on to become successful merchants, lawyers and even candidates for the House of Commons.

Most of the overseas students in this era were men but a notable exception was a Bengali woman from Jessore, named Kadambini Ganguly (1861-1923), who travelled to Scotland to study medicine. After graduation she became a doctor, campaigning for women’s rights and giving birth to eight children. When a magazine slandered her by calling her a ‘whore’, she sued for damages and the editor was thrown into prison.

Asian students in Britain were often homesick. One complained that ‘we have no other enjoyment of occupation but studies’ and bemoaned the ‘English diet of cold beef and ham’. To feed their hunger for spice, they established canteens. Bengali chefs produced dishes such as maacher jhol (fish curry) with bhat (rice). In 1937, an Indian tourist made a list of 16 Indian restaurants across Britain; Faruque Ahmed reckons that, by 1946, there were more than 70 Indian restaurants and another 50 Indian cafés in London.

Indeed, catering remains the principal business venture of the Bengali community in Britain. There are now over 8,000 Indian restaurants in the UK and at least 7,000 of them are owned by Bengalis. The sector employs as many as 100,000 workers and its yearly revenue is more than £4 billion.

But then World War Two was followed by another traumatic event: the partition of India in 1947. In a hasty political deal, the nominal territory of East Pakistan was created about 2,000 km(1,200 miles) away from West Pakistan. It had almost no autonomy and its rulers attempted to suppress the local Bengali culture and language. Feeling oppressed, many East Pakistanis fled to Britain and the number of Bengali immigrants reached a record high.

The settlers included some lascars, who had worked aboard British ships during the war years. Some of these sailors, like their seafaring predecessors a century before, took white wives. In the post-war period, though, prejudice remained common, especially among landlords in London, who tried to close their doors to Asian tenants. This forced many immigrants to endure cramped accommodation, separated from their richer white neighbours.

Even today, an inadequate housing situation blights the British Bengali community, especially in East London. This leads to a tendency by Bengalis to support radical politicians who promise to challenge systemic inequality and racial prejudice. Left-wing politicians receive strong support in the London borough of Tower Hamlets, home to Bangla Town. Fortunately, the book’s author believes that ‘racism in Britain is disappearing little by little and people are learning to respect the differences between cultures’.

Inevitably, communal harmony among the diaspora has been impacted by events in South Asia, particularly the 1971 war, through which East Pakistan won its independence from Pakistan and became Bangladesh.

When famine followed, the reputation and wealth of the Bengalis in Britain suffered.

Yet since independence, there have been many success stories. Bengali doctors have found employment within the NHS. Barristers and accountants have started their own businesses and some entrepreneurs have made fortunes through textiles, catering and trading. In my own field of journalism, a reporter of Bengali origin, Faisal Islam, has risen to become the BBC’s Economics Editor.

In many cases, Bangladeshis who have acquired wealth in Britain have used their money to invest in land and property in their homeland, or donate funds to health and education. Luxury cars on Sylhet’s rural roads are paid for in British pounds, while schools and clinics also benefit from cash sent via remittances from the UK.

Faruque Ahmed’s pride in the achievements of Britain’s Bengali community is evident as he records the many ways in which they have added value to a multicultural society. Yet he also laments that they ‘remain largely uncared for and forgotten in the history of modern Britain’.

This book is particularly relevant at a time when Britain is reviewing its complex history in relation to colonialism, imperialism and racism. ‘Bengalis are not a burden on British society; they never were,’ insists Ahmed. Through hearing their stories, we gain a much deeper insight into all that they have experienced, and all they have achieved.