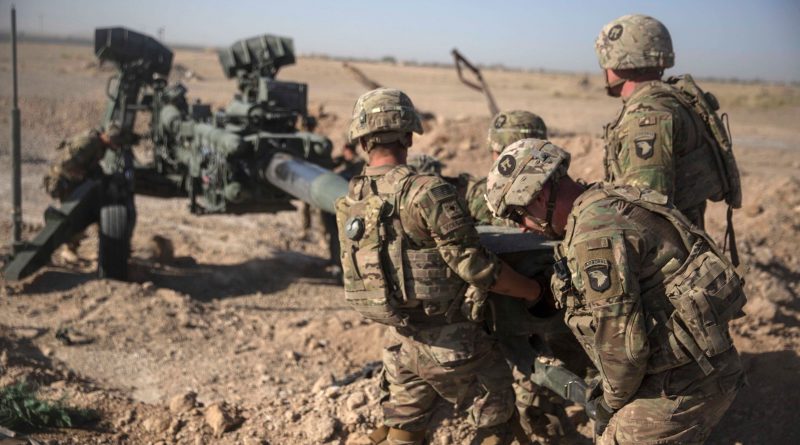 With Afghanistan at a crossroads as the US plans its withdrawal from the region, a pathway is open for a political settlement between hitherto warring sides. But worryingly, the intra-Afghan peace talks have yet to start and, warns Dawood Azami , the various factions have very different visions for the country

At the end of February this year, the United States and the Afghan Taliban signed a historic peace agreement in Doha, Qatar. The deal aims to end the longest war in US history. It lays out a timetable for the withdrawal of all foreign troops from Afghanistan within 14 months.

For its part, the Taliban gave certain security commitments. It promised not to pose a threat to the US, or the rest of the international community. It also said that the Afghan territory which it controls will not be used by foreign militants.

The deal creates a framework for direct peace talks between the Taliban and representatives of the Western-backed Afghan government, as well as other factions.

A former United States Secretary of Defence, Donald Rumsfeld, once spoke of the difficulty of discerning ‘known unknowns’ – that is to say, things we know that we do not know – from ‘unknown unknowns’ – issues which we know we don’t know. Rumsfeld was speaking of the security situation in Iraq, but I believe his words are equally relevant to Afghanistan.

The US-Taliban deal is designed to be the first phase of an ongoing peace process. The troop withdrawal is set to run in parallel with intra-Afghan negotiations, consisting of talks between the Afghan government and the Taliban. However, among the major ‘unknowns’ are how long these talks, delayed by several months, will actually take to reach a settlement.

It is understandable that both the Taliban and the Afghan government seek a peace deal which is favourable to their side. Each of them aspires to be the dominant political power in the country, following the withdrawal of NATO and US troops.

I foresee a number of scenarios.  Creating a governing coalition consisting of all sides, including the Taliban, is one option. In theory, this could be done before a more permanent set-up is established. A loya jirga, or grand assembly, could also be summoned to choose an interim government, while various parties seek an agreement on a future course of action.

However, the Afghan president, Ashraf Ghani, has indicated that he wants to complete his current five-year term. The president and his allies have therefore rejected the idea of a caretaker government before the next elections are due.

They envisage a peace deal under which the Taliban would join the current government as part of a political bargain. Meanwhile, Abdullah Abdullah, chairman of the High Council for National Reconciliation, has said he would be open to discussing the formation of an interim government with the Taliban – an option which an increasingly emboldened Taliban rejects.

Another scenario would be that the talks drag on for years, until President Ghani’s second term is completed in 2024.

Unfortunately, if the government and the Taliban cannot reach a permanent ceasefire or a wider political settlement, war is set to continue. Further chaos would leave the way open for local warlords to carve out their own fiefdoms. That could provide an opportunity for militant groups such as al-Qaeda andIslamic State (ISKP) to gain a stronger footing, and would most probably result in the emergence of new and more lethal extremism. The Afghan government’s survival largely depends on financial and military assistance from foreign allies, especially the United States.

Then there is a question of what type of country Afghanistan will be. The Afghan government wants to preserve a republic. However, many of the Taliban’s members foresee a different kind of nation: an Islamic Emirate. The Taliban has repeatedly spoken about its plan to make Afghanistan’s system ‘properly Islamic’, without giving many details about their preferred political system at this stage.

Between 1996 and 2001, the Taliban established an Emirate in Afghanistan. During that time, it banned music, prevented girls from going to school and used violence against its enemies. The international community, including the EU, United States and Russia, has made it clear that such an Emirate system must not re-emerge.

Yet the Taliban regards such petitions by foreign states as interference in the internal affairs of Afghanistan. It maintains that it is up the Afghan people to choose a form of government which suits their culture and religion and meets their national interest.

Ordinary Afghans and the rest of the region is tired of the conflict Afghanistan. Many countries in Asia and beyond suffer from the side-effects, including violent extremism, organised crime, refugees and drugs.

India insists on preserving the current democratic set-up and opposes the Taliban’s concept of an Emirate. The Islamic Republic of Iran, a Shia theocracy, has formed links with the Taliban in recent years, although it is not keen on having a Sunni Islamic Emirate in its neighbourhood, for both political and sectarian reasons.

If there is eventually a political settlement in Afghanistan, it will give a much-needed break to a country which has been experiencing violence since 1978. It will also address the concerns of many of the surrounding nations.

I believe there is currently an opportunity to resolve this. It is up to the Afghans on all sides, as well as regional and international players, to take this rare chance of peace in order to prevent another period of extended chaos.

Dr Dawood Azami is an Associate Fellow, South Asia Programme at the International Institute of Strategic Studies and a Multimedia Editor at the BBC World Service. He was one of the distinguished panellists who took part in a webinar about the future of Afghanistan organised by the Democracy Forum on 20 July