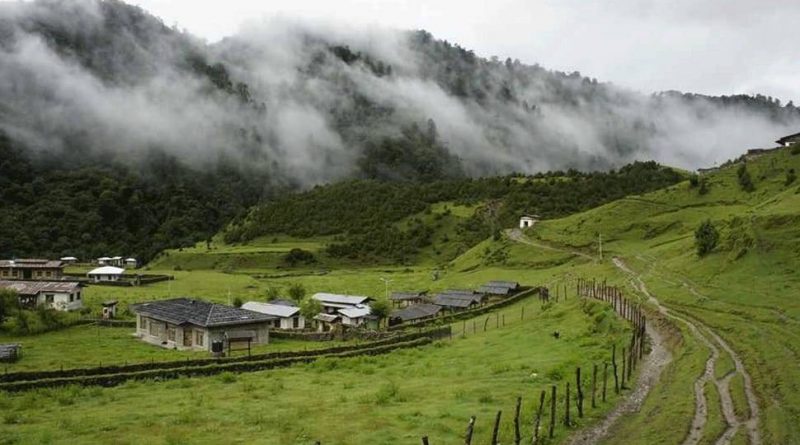 New mood in the Himalayas

A younger generation of Bhutanese are calling for a resolution to Sino-Bhutanese territorial spats so their country can profit from Chinese investment. Sudha Ramachandran reports

China’s expanding territorial claims in Bhutan have set alarm bells ringing in Thimphu and New Delhi. In addition to complicating the Sino-Bhutanese territorial dispute, the new Chinese claim over the Sakteng Wildlife Sanctuary in eastern Bhutan has implications for India’s security.

The Sino-Bhutanese territorial dispute involves 764 sq km of territory, 495 sq km of which is in the Jakurlung and Pasamlung Valleys in north-central Bhutan and 269 sq km, including the Doklam Plateau, in western Bhutan. To this China has now added another 650 sq km of territory in the Sakteng Wildlife Sanctuary.

Sakteng, which lies in eastern Bhutan’s Trashigang district, abuts the Indian state of Arunachal Pradesh, where China claims around 90,000 sq km of territory. Tawang town, the site of a 6th century Tibetan monastery that was the birthplace of the sixth Dalai Lama, and a key site of Sino-Indian territorial contestation in the eastern sector of their disputed border, is located in Arunachal Pradesh.

It was on June 2-3 that, for the first time ever, China articulated a claim over the Sakteng Wildlife Sanctuary area. Bhutan had applied for funding from the US-based Global Environment Facility (GEF), an organisation that finances environment projects in developing countries, for a project in the sanctuary. Beijing opposed this on the grounds that the sanctuary lies in ‘disputed areas’, with Bhutan then countering the Chinese claim, asserting that Sakteng ‘is an integral and sovereign territory of Bhutan’. Thimphu also clarified that the area has never figured in the 24 rounds of talks between the two countries to resolve their border dispute.

The timing of China’s raising of the new territorial claim is significant. Since May, the People’s Liberation Army (PLA) has deployed soldiers at various points along the Line of Actual Control (LAC), the de facto border between Indian and Chinese controlled territories. Intrusions into the Indian side of the LAC have taken place at Ladakh in the western sector of the LAC. The PLA’s moves along the LAC seem to have been aimed at unilaterally redrawing the LAC in China’s favour.

China raised claims over Sakteng in the GEF meeting in early June, when tensions between the PLA and the Indian Army were mounting. The possibility that China was seeking to ratchet up pressure on New Delhi in the eastern sector of the LAC via Sakteng cannot be ruled out.

However, China’s demands over Sakteng should not be seen in the context of the current Sino-Indian tensions alone. It is likely that, by laying claim to Sakteng now, China is laying the foundation of a medium-term strategy to weaken India’s control over Arunachal Pradesh.

According to reports in the Indian media, New Delhi plans to construct a road linking Guwahati in Assam with Tawang. The proposed road, which runs through Sakteng, will cut the distance and time it will take India to move troops overland from Guwahati to Tawang. Bhutan is yet to give its assent to the Indian proposal. But China could be pre-empting any attempt on India’s part to get this strategic road project off the ground by laying claim to Sakteng.

It is also possible that Beijing has added Sakteng to the list of territories it claims in Bhutan, with an eye on pressuring Bhutan to agree to a territorial swap deal. In the late 1990s, Beijing proposed a package deal under which it promised to accept Bhutan’s sovereignty over the disputed land in north-central Bhutan if Thimphu ceded control over Chinese claims in western parts of the country, especially Doklam. Bhutan did not agree to this Chinese proposal.

Now Beijing has revived the swap offer again. On July 21, the Chinese Ministry of Foreign Affairs put forward the package proposal again and then went on to reiterate the claim over Sakteng. It does seem that Beijing is pressuring Bhutan to accept the swap proposal, or else expect mounting Chinese territorial claims, as in Sakteng, for instance. China is keen to gain control over the Doklam plateau and the Sakteng claim is the latest ploy to achieve that goal.

The territorial dispute may be between China and Bhutan but it is India and China that are the main actors in the dispute over territory in the Himalayan kingdom. The Doklam plateau, for instance, is valuable to Bhutan as it is pastureland but beyond that, it has little strategic significance for the kingdom’s security. For India and China, however, Doklam has immense strategic value. Doklam under Chinese control would facilitate an assault by the People’s Liberation Army on the Siliguri Corridor, a narrow corridor that links the Indian mainland with its northeast.

It is imperative for India that Doklam and Sakteng remain in Bhutan’s control.

India wields enormous influence over Bhutan. A landlocked country, Bhutan depends on India for access to the sea. The bulk of Bhutan’s trade is with India, which was the destination of 92% of Bhutan’s exports to the world in 2014-18 and the source of 88% of its imports during this period. India is Bhutan’s main source of foreign direct investment (FDI) and is its largest aid donor too, having played a major role in financing Bhutan’s five-year plans. New Delhi has also supported much of the Bhutan’s infrastructure development.

In addition, India plays an important role in Bhutan’s external relations.  Under the 1949 Treaty of Perpetual Peace and Friendship in 1949, Bhutan agreed to be ‘guided’ by India in matters relating to its external relations. While the 2007 Treaty of Friendship allows Bhutan far greater leeway in conducting its foreign relations, the two sides are still required to ‘cooperate closely with each other on issues relating to their national interests’. The Indian military is virtually committed to defending Bhutan if its territory is used ‘for activities harmful to the national security’ of India.

Entry of Chinese troops into Bhutanese territory or Chinese infrastructure building there, as well as threats to Bhutanese territorial integrity, would qualify for such Indian military support to Bhutan, especially if these threatened India’s security interests. This was the argument underlying India’s deployment of troops at Doklam in response to the Chinese road-building and military buildup there in 2017.

India is reported to be ‘talking’ to the Bhutanese government about the Chinese claim over Sakteng. It will need to tread cautiously.

So far Bhutan has not accepted the Chinese territorial swap proposal. Nor has it established diplomatic and economic relations with Beijing. Thimphu has been sensitive to Indian security concerns. An important reason for this has been its extreme dependence on India. It has been careful to avoid going Nepal’s way (of using the China card to bait India) in dealing with its two giant neighbours.

While those of an older generation are by and large grateful for India’s role in Bhutan’s development, the youth think differently. They are keen on Bhutan conducting its foreign relations as a fully sovereign country. They are critical of the negative impact that India’s road-building and hydro-power projects have on Bhutan’s environment, and of the ‘exploitative terms’ on which Bhutan is selling electricity to India.

All this means that a still small but growing number of increasingly vocal Bhutanese are not keen on their country remaining entangled endlessly in the Sino-Indian dispute. They would like their government to settle the border with China so that Bhutan can benefit from Chinese investment.

As New Delhi plans its strategy vis-à-vis Bhutan, it will need to factor in the changing mood and aspirations in the Himalayan kingdom.