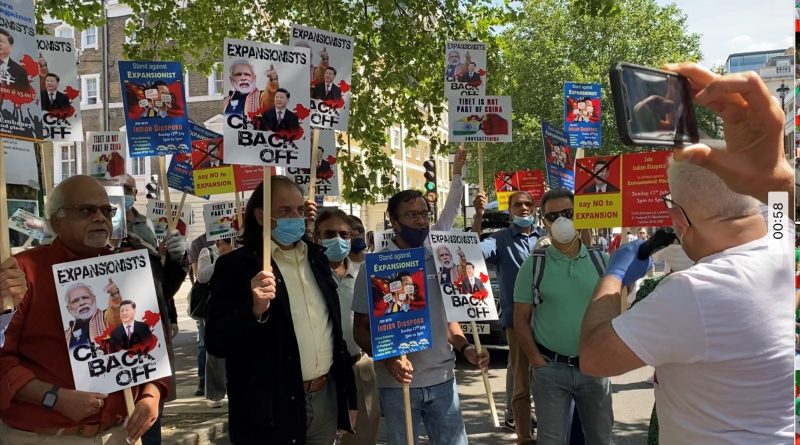 UK-based media group India Inc organised a three-day virtual event entitled ‘India Global Week’, with an emphasis on the theme ‘Be the Revival: India and the Better New World’. The event hosted 75 sessions with over 250 speakers, who debated a wide range of topics, from business, the arts and culture to emerging technologies, banking and finance, as well as pharmaceuticals, defence and security, and geopolitics.

India’s Prime Minister Narendra Modi opened the proceedings on July 9 with a short virtual address, in which he spoke of the Indian economy’s openness to global investors. Leading the UK delegation was British Foreign Secretary Dominic Raab, who highlighted the importance of strengthening the ‘strong bond’ between India and Britain, saying the two nations would be ‘energetic champions of free trade, to boost small businesses, to cut the cost of living for consumers and to create the jobs of the future’.

On the UK and India’s response to COVID-19, Raab said, ‘As leaders in the international COVID-19 response, the UK and India also co-authored the G20 Action Plan, providing an immediate package of USD 200 billion of global support to the most vulnerable countries around the world.’

Other British cabinet ministers who participated included Home Secretary Priti Patel and Health Secretary Matt Hancock, who headlined the healthcare session of the event, during which he hailed the contribution of Indian professionals to the UK’s National Health Service and called India ‘the pharmacy of the world’, given that ‘around 40% of UK medicines have some parts of their manufacturing down in India’.

On the theme of medicines, a hot topic was the much talked about coronavirus vaccine being developed by the University of Oxford with the involvement of AstraZeneca, a British Pharma company, and the Serum Institute of India.

Speakers from India at the event included S Jaishankar, Minister of External Affairs; Piyush Goyal, Minister of Railways and Minister of Commerce & Industry; and Ravi Shankar Prasad, the Union Minister who currently holds the Law and Justice, Electronics and Information Technology and Communications portfolios.

Human rights activists from the Indian diaspora, supported by those from the Pakistani and Iranian diasporas, staged a July 12 demonstration outside the Chinese embassy in London, to protest against China’s aggressive expansionist policies.

The protestors collectively called on China to ‘Free Tibet, Free Hong-Kong and Free Uighurs’ as they held aloft placards reading: ‘Say no to expansion’, ‘China back off’, ‘China down-down’, ‘Boycott China’ and ‘Free Iran’. The previous day, an image including the words ‘Free Tibet, Free Hong-Kong and Free Uighurs’ was projected on to the building of the Chinese Embassy, though none of the groups claimed responsibility.

Amongst the protestors was Arif Aajakia, a human rights activist from Pakistan, who called China an ‘imperialistic power that has already occupied Tibet, Uyghur, Hong-Kong, Aksai-Chin and now wants to occupy Ladakh’, saying the recent Galwan Valley incident between India and China was ‘an act of aggression’.

Mr Aajakia also accused Pakistan of being ‘an exporter of terrorism worldwide’ and ‘a global terrorism hub’, along with China. ‘Nobody else is with them,’ he added. ‘The US, Canada, Japan, Europe – everyone has stood with India in this time of crisis because India is correct. India has a history of never invading anywhere. They have been a peaceful nation.’

Another activist from Mirpur in Pakistan Occupied Kashmir (POK), who had come from Glasgow to support the Indian side of the protest, said, ‘We are the frontline state now in the fight against Chinese expansionism. They have already expanded into Gilgit-Baltistan through CPEC and they have got 6000 Chinese military and forces and civilians in so-called Azad Kashmir. They are taking over projects that are causing lot of environmental damage.’

The protest, which was largely peaceful and followed social distancing measures, ended with all the participants joining in with the singing of both the Indian and Iranian national anthems.

‘Girls’ education matters’ is the motto that drives Asian University for Women (AUW), established in 2008 in Chittagong, Bangladesh, to provide women drawn from diverse social, economic and language backgrounds with opportunities to become critical thinkers and ethical leaders in their home communities.

Based on this tenet, a July 22 webinar hosted by the Royal Society for Asian Affairs and moderated by the Society’s CEO Michael Ryder CMG called on esteemed AUW supporters to talk about their achievements and the need to sustain them in post-COVID times.

Speakers included Professor Nirmala Rao OBE FAcSS, Vice Chancellor of AUW and a former Council member of the RSAA; Lady Judy Moody-Stuart, Vice-Chair of the AUW Support Foundation in the UK and a long-standing RSAA member; Cherie Blair QC, Chancellor of AUW and a leading human-rights lawyer; H.E. Shiv Shankar Mukherjee, Trustee of AUW and a former Indian High Commissioner to the UK and South Africa; and Eshra Hassan, a graduate of AUW in Politics, Philosophy and Economics, currently studying for a Masters in International Security at the University of Sussex.

Referring to a report from the 2020 World Economic Forum, Cherie Blair said that, despite the fact that ‘women are not a minority in the world and technically it’s the men who are the minority’, it would still be ‘another 100 years before women reach overall parity with men across the world’. Highlighting the importance of female education in boosting economies, Ms Blair further stressed that societies would not thrive if we fail to reach out to all the global talent that is available. ‘Half the world’s talent is not getting that opportunity,’ she added.

With South Asia having the world’s worst figures for female education, participants considered the reasons for this and agreed that the need for AUW is becoming increasingly relevant.

Following on from the COVID-19 pandemic, the UK government’s decision to ban Huawei from its 5G network and anger over human rights issues in Xinjiang province, China’s new security law in Hong Kong is further damaging its relations with Britain and the world. Against this volatile backdrop, Australian author and academic Clive Hamilton, Professor of Public Ethics at Charles Sturt University (Canberra) and the Founder and former Executive Director of the Australia Institute, and co-author Mareike Ohlberg, a researcher based in Berlin, took part in a virtual press conference organised by the Foreign Press Association on July 24 to discuss their latest book, Hidden Hand: Exposing How the Chinese Communist Party is Reshaping the World.

As the golden era of UK-China relations now seems to be over and there is a change in the public mood, Hamilton suggested that, as China manoeuvres though its web of investments, it is ‘too early to say that the CCP has lost but it certainly is not looking good for the CCP in Britain’.