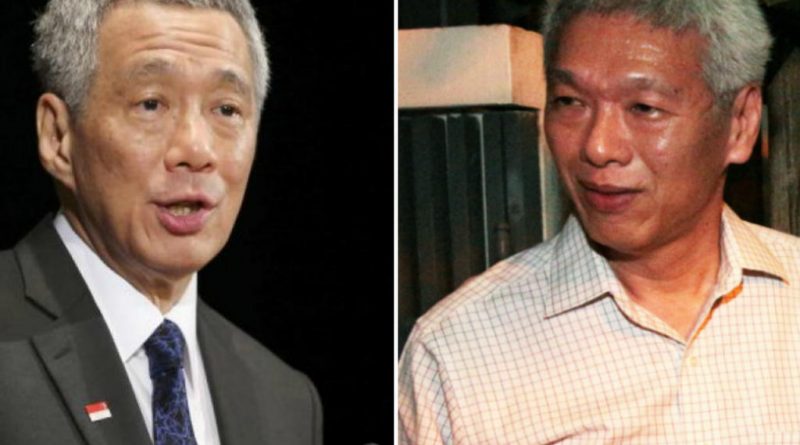 Singapore’s recent election attracted little international attention, with yet another victory for the People’s Action Party, which has won every poll since the city state declared independence from Malaysia in 1965. But Nicholas Nugent  wonders whether we should have taken more notice

Singapore is one of few countries to have held a general election during the coronavirus pandemic. It was a carefully orchestrated operation, with restrictions on campaigning and voters, assigned a two-hour slot to cast their votes, required to use hand sanitiser and rubber gloves. As in other countries staging elections during the pandemic, such as South Korea, Serbia and Poland, the poll was seen as a referendum on how well the government had coped with the COVID emergency.

In the early days, Singapore was praised for curbing the spread of the virus by implementing lockdown and social distancing measures. Later, however, its record became tarnished as a spike in the disease took hold among the city state’s migrant workers, many of whom live in dormitories with up to 20 a room. By election day, July 10, Singapore had registered 45,600 cases. By the end of the month it was well over 50,000.

As far as pandemic control goes, Singapore is no longer regarded as a role model in a region where countries including Vietnam, Cambodia, Laos and Myanmar have all had low incidences of COVID cases. Indeed, Singapore’s case rate of 8,328 per million citizens is the worst in Asia by far.

Even so, as widely predicted, the ruling People’s Action Party (PAP) romped home at the polls to give Prime Minister Lee Hsien Loong a fourth term in office. Critics say that was because the government tightly controls the election process, including the election commission in what they call ‘managed democracy’. In most democracies the party in power changes occasionally but in Singapore – where voting is compulsory for citizens over the age of 21 – it never has. Those more supportive of the government argue that victory was deserved because the PAP, in power continuously since 1965, has presided over a period of economic growth to make Singapore, in per capita terms, not just the richest nation in Asia but the eighth wealthiest in the world. In an economic sense, then, Singapore continues to be a model for others.

Yet the election result was not an unqualified triumph. The PAP’s share of the vote fell to its lowest ever at 61.2% – down from nearly 70% years ago. It was enough to bring supporters of the main opposition Workers’ Party onto the streets to celebrate the 11.22% of the vote they had captured, giving them 10 (out of 93) seats in the new parliament.

Finance minister Heng Swee Keat came close to losing his seat, having won a mere 53% of the vote in his group representation constituency, where several candidates from each party contest. Mr Heng is widely expected to take over as prime minister in two years’ time. His relatively poor showing may be a reflection of the serious economic decline the country suffered during the imposition of ‘special measures’ from April 7 to June 1.  After all, even an economic success story like Singapore comes out of a pandemic badly, with predictions the economy will shrink by between 4 to 7% over the coming year.

Despite the fall in its share of the vote, the PAP is still comfortably positioned with its 83 parliamentary seats. If past performance is anything to go by, the government can be expected to rise from its economic despondency more rapidly than many countries.

Singapore became wealthy providing services to the neighbourhood. In the 1960s and 1970s it serviced American aircraft engaged in war in Vietnam and provided a rest and recreation centre for US servicemen. From the 1970s onwards it was a service centre for the rapidly expanding oil industry in Indonesia. Throughout its 55 years as an independent nation it has been a regional banking and communications centre. Despite its high number of cases, it seems Singapore may lead the South-east Asian region’s post-COVID recovery.

But it will face challenges. The pandemic prevented workers from Malaysia crossing the causeway, resulting in a labour shortage. This and the spread of the virus through migrant dormitories has highlighted Singapore’s high dependency on so called ‘transient’ workers – 1.4 million in a nation of 5.7 million.  Another weakness of Singapore’s ‘success story’ is that 90% of its food needs are imported. The government’s target is to reduce that to 70% by 2030 – not easy for an island which has virtually no farmland. Singapore’s strength as an international entrepôt and service centre has become a weakness during its prolonged border and airport closure.

One benefit the country may hope to reap is from the current turmoil in Hong Kong, its fellow Asian city state where street protests and enhanced security laws risk undermining business confidence. Many international banks and companies chose Singapore for their regional headquarters because of its security and stability, something the PAP have made a key objective and part of its economic policy. Multinationals will not have been deterred by a new ‘Protection from Online Falsehoods and Manipulation Act’ introduced last year, which gives the authorities ever tighter control over the internet – and conversely lowers Singapore’s position on the international index of press freedom.

If Singapore has a problem, it is about future leadership. For 42 of its 55-year existence it has been led by members of one family: popular founding Prime Minister Lee Kuan Yew and then by his son Lee Hsien Loong, who was Deputy Prime Minister when the family did not hold the top job. While that record has hitherto contributed to the country’s stability, it is now causing a degree of uncertainty as Mr Lee says he will step down before his 70th birthday in early 2022.

There is another Mr Lee, the Premier’s younger brother, Lee Hsien Yang. But he recently opted to join the Progress Singapore Party (which came third in the election) after falling out with his brother over the terms of their father’s will. Despite not being a candidate for election, Mr Lee junior played the consummate politician with a few choice criticisms of the PAP leadership and apparatchiks, dismissing them as ‘paper-shufflers who exist to keep the emperor happy’. Even more notably, he called for an end to the ruling party’s ‘super-majority’ which enables them to amend the country’s constitution at will.

In five years’ time the people of Singapore may find themselves choosing between their loyalty to the first family, or to the first party.