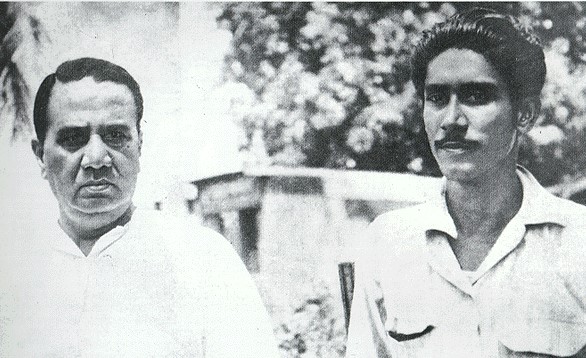 William Crawley traces the historical background and early activism that led Bangabandhu to seek, and attain, a free national and political identity for the land once known as East Pakistan

This is the centenary year of the birth of Sheikh Mujibur Rahman, known to Bengalis as Bangabandhu, and regarded as the founding father of Bangladesh as an independent state. The 50th anniversary of the state that he created is still over a year away, and will call for its own celebrations, or perhaps sober reflections on what has been achieved and what has not worked out as Mujib and his followers had hoped.

In Pakistan neither anniversary is likely to be commemorated with any enthusiasm, or indeed at all. The creation of Bangladesh had shattered the lifetime achievement of Pakistan’s founder Mohammad Ali Jinnah just 24 years before. But there is an enduring paradox in both anniversaries, which is mirrored in Sheikh Mujib’s own political career. Without the support of the Muslims of Bengal, Pakistan would not have come into being; and when it did the Muslims of East Bengal – or East Pakistan as it was only later officially designated – formed a significant demographic majority of 56 percent of the population of the new nation. It was not a situation that Jinnah – the Quaid e Azam of Pakistan – welcomed, and both in the traumatic process of Partition and subsequently in the short time that he governed Pakistan before his death, Jinnah did little to acknowledge or allow his supporters to promote the claims of the East to a more than equal participation in the new state. Above all, Jinnah was insistent that Urdu should be the only state language of Pakistan, brushing aside the claims of Bengali to share that status.

As a political activist, Sheikh Mujib had thrown himself wholeheartedly into the task of building a mass movement for Pakistan. He believed at that time that only through Pakistan could Muslim culture be protected and the very existence of the Muslim community guaranteed. His prominence in and leadership of a student movement was reinforced by his close connection to his political mentor Husayn Shaheed Suhrawardy. He was the Bengali politician who, after the much older AKM Fazlul Haq (‘Sher e Bangla’, the Lion of Bengal) and with his near contemporary and rival the aristocratic Khwaja Nazimuddin, carried the most weight in All India Muslim politics at the time.

By his own account, the young Mujib was able to use the confidence that Suhrawardy had in him, along with his personality and rhetorical and organisational skills, to develop and reinforce a growing claim to be the next generation’s leader. It was not an easy path, nor perhaps an entirely consistent one. The experience of partition was not as costly in lives and livelihoods in East Bengal as it was in the west, but it was nevertheless deeply traumatic. The award of Calcutta to India was deeply resented by Bengali Muslims and their leaders. Sheikh Mujib shared that view but he later wrote that Muslim League leaders were privately not so unhappy, as (Mujib thought) it would almost certainly have meant that Calcutta, once the capital of British India, would become the capital of Pakistan.

Partition came on top of the ravages of the wartime famine in Bengal in which millions died. Punjab and what became West Pakistan had not been touched by that catastrophe. But while the division line in the west created a historically entirely new frontier, in the East the division of Bengal had been an on/off part of British imperial policy for nearly 50 years, bitterly contested but not unprecedented. When, on the eve of partition, both Calcutta and east Bengal had been torn by communal riots, Mujib’s energies and loyalties were engaged principally, though not exclusively, in protecting his own Muslim community. But he was aware of the efforts by the Muslim League, of which he was still a part, to stoke communal conflict.

In his Unfinished Memoirs Mujib writes about his own success only a couple years later in bringing round a notorious purveyor of ‘goons for hire’ (the ‘mastans’ or thugs who were at the time a more or less permanent accessory to political leaders of all parties) from an allegiance to the Muslim League which had hired him to Mujib’s own breakaway Awami Muslim League. By that time Sheikh Mujib had become the champion of another issue – that of recognising the Bengali language as an official state language. The ruling Pakistan Muslim League, following Jinnah, consistently opposed the move after his death. Once Pakistan had become a reality, Mujib argued, there was no need for its dominant political party the Muslim League to define itself as a religious/communal organisation. The Awami Muslim League was set up in 1949 as a Bengali party, but it took time to establish itself as Sheikh Mujib was in jail.  As it evolved in 1955 it was re-named the Awami League, in a move to position itself as a secular party.  But although overwhelmingly Bengali in its following, it was still ostensibly a Pakistani national body, not a Bengali secessionist movement, and it continued to seek allies in West Pakistan, the North West Frontier Province in particular.

One may speculate at what stage Sheikh Mujib in his own mind gave up on Pakistan and acknowledged to himself, at least, that he was working for an independent Bangladesh. Formally that did not happen until after the elections of December 1970, which the Awami League had fought on a platform of provincial autonomy for East Pakistan. Only after the breakdown of talks in March 1971, and shortly before his arrest did he draft a declaration of independence, not knowing if anyone would ever hear about it. Despite this, one may see other critical points at which Mujib appeared no longer to support a united Pakistan.  One leading Bangladeshi journalist sees the point of disillusionment as being around 1961, after Ayub Khan’s first military coup in 1958 and ahead of his second more permanent military regime introduced in 1962. According to this view the death of HS Suhrawardy in December 1963 released Mujib from any sense of obligation to Pakistan. But one may see the tipping point as having been much earlier, from 1949, when in setting up the Awami Muslim league he directed all his energies into advocating and building on the cultural and political viability of the Bengali Muslim community and the Bengali language as a constituent of a future separate state. Throughout the 24-year existence of a united Pakistan Mujib was pitted against relentless and powerful opposition from Pakistani civilian regimes for11 years and then another 13 years of military rule. Sheikh Mujib was always a grassroots political leader, never in government at any level until Bangladesh put him at its head. It was a tough apprenticeship.

A final reflection for remembering Mujib. He has been described as a champion of secularism, in contrast to Pakistan’s constitutional identity as an Islamic state.  Yet Jinnah had a similar political outlook. Religious parties played little or no part in forming Pakistan’s identity. It is acknowledged that Jinnah personally had little regard for Islamic religious practice. Sheikh Mujib writes that when he was in Dhaka jail he would pray regularly and recite verses from the Koran every day; that he read the Koran in both Bengali and in English. Secularism is perhaps an overused concept. From our contemporary perspective Mujib’s early struggles for Pakistan, for the Bengali language in Pakistan and then for Bangladesh were consistent in the sense that he saw himself as working for a free national and political identity. And ultimately, he succeeded.

William Crawley is a Senior Research Fellow at the Institute of Commonwealth Studies, University of London