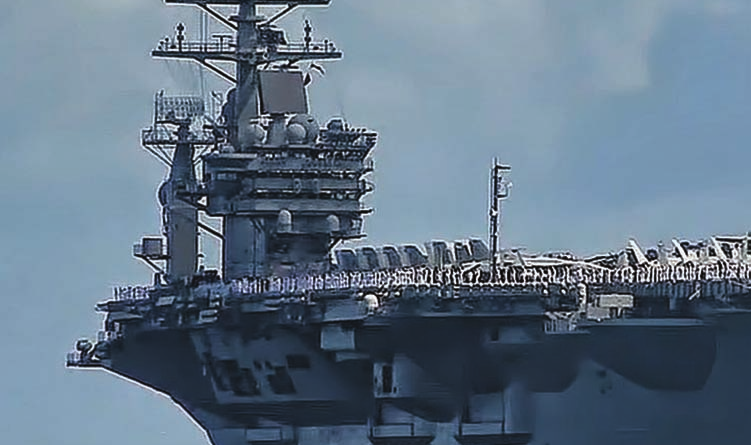 In a year marked by Sino-Indian tensions in Ladakh, G. Parthasarathy considers the way ahead as India, the region and the wider world challenge Beijing’s expanding territorial ambitions

The year 2020 will be remembered in India for the danger to human lives the country faced, and the economic uncertainty and turmoil caused by the coronavirus pandemic. It has also been marked by challenges to India’s territorial integrity, posed by massive Chinese incursions across India’s traditional but disputed northern border with China, which is designated as the ‘Line of Actual Control’. The Chinese intrusions involved over 40,000 troops backed by tanks and artillery. Air Forces on both sides, meanwhile, stand ready to intervene if required. In retrospect, India should have taken more serious note of the fact that in the early days of May this year, China moved large contingents of its troops into the area after their military exercises in Tibet.

The only casualties on both sides occurred when 20 Indian soldiers, including their commanding officer, were killed as they returned to their camp. It has since been estimated by the western media that between 43 and 65 Chinese were killed the same evening in an Indian counter-strike. The initial agreement for partial withdrawal of Chinese forces reached by senior local commanders has yet to be meaningfully implemented. In the meantime, preparations are underway for troops, backed by tanks and artillery, to remain on icy mountain slopes at altitudes of over 15,000 feet through the bitterly cold winter months. So the armed forces of two of the world’s most populous countries stand face-to-face, a situation which will hopefully soon be addressed.

China is now confronting an unexpected jolt to its policies of coercively violating the maritime boundaries of all its neighbours, including Japan, Taiwan, the Philippines, Vietnam, Indonesia, Malaysia and Brunei. Leaders of the ten ASEAN countries collectively objected to Beijing’s territorial ambitions in the South China Sea and, on June 27, demanded that territorial and other differences there should be settled in accordance with the provisions of the UN Convention of the Law of the Seas (UNCLOS). The Leaders asserted: ‘UNCLOS sets out the legal framework within which all activities in the oceans and seas must be carried out.’ China has used maritime military power to enforce its claims against countries such as Vietnam, Brunei, the Philippines, Malaysia and Indonesia, and the primary motive for such boundary claims is evidently because the maritime space China is seeking contains 11 billion barrels of untapped oil and 190 trillion cubic feet of natural gas.

The strongest statement against China’s maritime policies in the Indo-Pacific region came from US Secretary of State Michael Pompeo, who asserted on July 13: ‘Beijing uses intimidation to undermine the sovereign rights of Southeast Asian coastal states in the South China Sea, bully them out of offshore resources, assert unilateral dominion, and replace international law with “might makes right”. Beijing’s approach has, however, been clear for years. In 2010, then-PRC Foreign Minister Yang Jiechi told his ASEAN counterparts that “China is a big country and other countries are small countries and that is just a fact”. This Chinese predatory world view has no place in the 21st century.’

The US has simultaneously responded with the deployment of two aircraft carriers in the South China Sea, directly challenging China’s coercive policies. Adding to China’s woes are the pressures from the US and others for its actions in curbing democratic freedoms in Hong Kong, which are clearly in violation of the 1997 agreement Beijing had with the UK on Hong Kong. The US and Japan are, meanwhile, considering moves to dilute their existing economic relations with China.

Twenty-twenty will also be remembered as the year when the term ‘nonalignment’ virtually disappeared from India’s diplomatic lexicon. India is now actively involved in activating the QUAD, comprising the US, Japan, Australia and India, for formulating a strategic framework to contain Chinese power, while dealing with China’s challenges and territorial ambitions in the South China Sea and the Indian Ocean.  The Indian navy has held exercises across the Strait of Malacca with a US Naval Task Force led by the aircraft carrier USS Nimitz.  This would inevitably become a wider framework for maritime cooperation across the Indian Ocean, from the Strait of Malacca to the Strait of Hormuz. Countries like Indonesia and Vietnam, which face Chinese territorial claims on their maritime boundaries, could also be associated with efforts to guarantee the security of sea lanes across the Strait of Malacca, through which a significant portion of the world’s oil supplies, including to China and Japan, are shipped.

India could, similarly, cooperate with the US 5th Fleet, based in Bahrain, and with France, which has a naval base in Djibouti, to guarantee the security of energy supplies. India’s credibility will be vastly enhanced if it agrees to the proposal to supply Vietnam with BrahMos Cruise missiles.  Hanoi has long asked for these missiles, in the face of continuing Chinese attacks on Vietnamese vessels in the South China Sea.

There is also need for a more focused effort on the accounts of China’s atrocities on over one million Muslims in its Xinjiang Province, who are detained in concentration camps, prisons and forced labour camps, while being subjected to electrocution, water boarding and repeated beatings. But, in the ultimate analysis, India will have to make it clear to China that seeking territorial gain by refusing to spell out the contours of its Line of Actual Control, as it attempted recently in Ladakh, will ultimately not work to its advantage. That is not going to be easy, given the current mood in Beijing vis-à-vis its territorial claims across the Indo-Pacific Region.

The year ahead will be marked by growing uncertainties, especially given the possibilities of political change in the US after the forthcoming presidential elections. But there does appear to be a broad political consensus in Washington about the need to stand firm on Beijing’s territorial claims regarding most of its many neighbours. China, however, presently seems to be in no mood to relent.

Parthasarathy, a career Foreign Service Officer, is currently Chancellor of the Central University of Jammu and Visiting Professor at the Centre for Policy Research in New Delhi, as well as President of the India
Habitat Foundation. He previously served as Ambassador of India to Myanmar, High Commissioner of India to Australia, Pakistan and Cyprus, and Spokesman of the Prime Minister’s Office