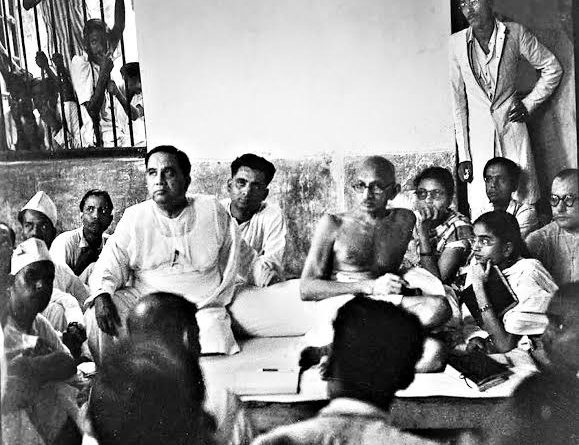 Visionary of a Secular Republic

The extraordinary story of how Bangladesh’s Founding Father Bangabandhu Sheikh Mujibur Rahman created a post-sub-continental ‘People’s Republic of Bangladesh’ in 1971 from an ‘Islamic Republic of Pakistan’, igniting the spirit of ‘Bengali Nationalism’ and ‘Secularism’ that continues to inspire succeeding generations of secular South Asians. The year 2020 now being commemorated by Bangladesh and the UNESCO as the birth centenary of this ‘Greatest Bengali of all time’, as per a 2004 BBC survey, deserves a special reflection on his secular legacy: a legacy upheld by his daughter, Bangladesh’s incumbent Prime Minister Sheikh Hasina, who reinstated ‘Secularism’ and ‘Bengali Nationalism’ back into its Constitution decades after her father’s brutal assassination on 15 August 1975.

As High Commissioner of Bangladesh to the UK, more often than not, I am faced with some interesting questions from our British friends. Isn’t or wasn’t Bangladesh ‘East Pakistan’? Of course, Bangladesh is a Muslim country, but is it also an Islamic State? Are you Indian (as I always wear a Saree)? Are you Muslim (as I do not wear a hijab)? Are you Christian (as I attend breakfast prayers at the UK Parliament or Westminster Abbey’s Bangladesh National Day Prayers on 26 March)?

Smiling, I respond to these unwitting diplomatic moments with a short story, and with great pleasure.

My reply is that I am a secular Bengali Muslim from Bangladesh, which was led by a visionary Bengali Nationalist leader, Bangabandhu Sheikh Mujibur Rahman, to emerge categorically as a secular and independent ‘People’s Republic of Bangladesh’ from a theocratic ‘Islamic Republic of Pakistan’, through an armed and traumatic liberation struggle in 1971. That independent Bangladesh envisioned by its Founding Father, the Bangabandhu, was never to be even a semblance of erstwhile ‘East Pakistan’, where Bengali Muslims were named and shamed as ‘half-Muslims’, systematically discriminated against and oppressed politically, economically, socially and culturally as a lesser race, and Bengali Hindus  and other minorities were persecuted. That in 1971, genocide against the Bengali race was committed on the soil of Bangladesh, regardless of whether they were Hindu or Muslim; crimes against humanity and war crimes were inflicted on Bengali intellectuals and Bengali women by armed forces of an Islamic Republic and their bigoted civilian collaborators. And then I add: ‘Happily, the UK stood next to the Bangabandhu and his Bangladesh during our 1971 Liberation War, and post-Independence, supported Bangabandhu’s efforts to create a secular, tolerant and inclusive Republic that ensures equal rights and respect for all religions and prevents religion based politics.’

Hence, as a representative of the People’s Republic of Bangladesh now led by Bangabandhu’s missionary of a daughter, Prime Minister Sheikh Hasina, I am all that represents a secular Bengali spirit and can be expected to be seen everywhere in the UK, regardless of my religious credentials. And of course, I propagate those secular, tolerant and inclusive values that our Founding Father Bangabandhu wanted successive generations of Bengalis to uphold, following in his footsteps prioritizing Bengali Nationalism over Islamic Nationalism. I am the product and devotee of Bangabandhu’s 1972 secular Constitution that makes me a Bengali first, without any prejudice to any religion, symbolically represented in Bengali attire, the Saree. Must I explain more, I ask?

In this historic year of the birth centenary of the Bangabandhu, ‘the Friend of Bengal’,  and on the occasion of the 45th anniversary of his brutal assassination on 15 August 1975, I want to unfold once again the story of this diehard Bengali Nationalist who emboldened every Bengali like me to speak out for the secular Republic that he envisioned when he united and led the Bengali nation to independence in 1971.

Bangabandhu Sheikh Mujib’s assertion of a secular Bengali cultural and linguistic identity over a theocratic identity for a Muslim majority independent Bangladesh can be linked back to his politically active student life spent in Kolkata (Calcutta) between 1942 and 1947. And, of course, his subsequent disenchantments over the overrated role of religion in the partition of India (in reality only of Bengal and Punjab), based on the ‘two nation theory’ that converted ‘East Bengal’ into a new ‘East Pakistan’.

In fact, Bangabandhu Sheikh Mujib was the only Muslim student from East Bengal who won the hearts and minds of both Hindu and Muslim students alike at Kolkata’s Islamia College, and he was elected uncontested as General Secretary of its Student’s Union in 1946. He deeply valued the peace dividend of secular politics and inclusive society, and assessed both sides of the ‘communal’ coin much before a Bengali ‘East Bengal’ was cosmetically converted into an ‘Islamic East Pakistani’ Province in 1947. His post-colonial secular resolve grew even stronger during the Communal riots of Kolkata in 1946, during which Muslim student leader Sheikh Mujib was found working day and night to maintain communal harmony in Kolkata city, saving many Hindu and Muslim lives alike at the risk of his own life.

A man of peace and non-violence and a Gandhian at heart, Bangabandhu not only joined Mahatma Gandhiji’s Peace Mission in Kolkata in 1947, along with Bengal’s Chief Minister Huseyn Shaheed Suhrawardy, but also mobilised Bengali Muslim leaders from East Bengal to join the Mission. Bangabandhu’s was also the strongest voice from East Bengal in the movement for a United Bengal as a third independent post-partition State along with India and Pakistan, based on Bengali Nationalism rather than the two Bengals’ Hindu-Muslim identities. Even though the movement eventually aborted, it certainly laid the foundation for Bangabandhu’s vision of an independent homeland for the Bengali people where Hindus and Muslims would live side by side in a secular State.

Returning from India to a post-partition ‘East Pakistan’, Bangabandhu soon found himself in the frontlines of an all-out resistance against the imposition of Urdu as the only State language of Pakistan. As he convened the All-Party State (Bengali) Language Action Committee in 1948, his determination to resist cultural oppression of the Bengali people by reaffirming Bengali linguistic identity grew stronger. In fact, during 1948-53, amidst his numerous arrests and hunger strikes in prison, Bangabandhu Sheikh Mujib triggered the only civil rights movement in the world founded on a secular ‘linguistic nationalism’, with no Hindu-Muslim fault lines and uniting the entire Bengali nation as a political community rather than a religious community under the ‘Bangla Language Movement of 1952’.

By 1955, under Mujib’s leadership the ‘East Pakistan Awami Muslim League’ was renamed the ‘Awami League’, dropping the word ‘Muslim’ to open the doors of the party to all, regardless of their religion. Bangabandhu Sheikh Mujib was now General Secretary of a secular ‘Awami League’ in the East Wing of a theocratic Pakistan, successfully embarking on his political road map to realise a secular homeland for the Bengalis.

Be it the Bengali Language Movement of 1952, or his 1966 6 Point ‘Bengali Charter of Rights’, landslide victory of his secular Awami League in 1970 elections, his proud affirmation that “No one can subjugate the Bengalis”, in his historic 7 March 1971 call for Independence, his naming of ‘East Pakistan’ as ‘Bangladesh – the land of Bengalis’ in his 26 March Declaration of Independence, or his decision to make it a ‘People’s Republic’ and not an ‘Islamic Republic’ following Bangladesh’s Liberation War of 1971, Bangabandhu Sheikh Mujib was not only gallantly leading the Bengali nation from the front as its undisputed visionary leader in all its freedom and rights movements, but also ideologically asserting the credentials and characteristics of a secular and inclusive Republic that Bangladesh would be.

Bangabandhu’s vision for a secular Republic of Bangladesh was vindicated unequivocally in his 1972 Constitution that championed, apart from ‘Democracy’ and ‘Socialism’, ‘Bengali Nationalism’ and ‘Secularism’ as Fundamental Principles of State Policy. The word ‘Bangalee’, which had been used by Bangabandhu frequently, was adopted in the Constitution to offer a ‘non-religious’ understanding of nationalism. Loved by all as a pious Bengali Muslim, Bangabandhu’s ideology of ‘secularism’ was never an absence of religion or anti-Islamism, but rather one where the State takes an active role to protect equal freedoms and rights for all religions and ensure religious harmony, while segregating religion from politics.

Unfortunately, like many outstanding and charismatic leaders of the 20th century, the greatest Bengali of all time, Bangabandhu Sheikh Mujibur Rahman was also brutally assassinated. He was killed on 15 August 1975, along with 18 members of his family to eliminate his bloodline. Ironically, the defeated forces of 1971 that tried to silence Bangabandhu’s indomitable voice also deleted the principles of ‘Secularism’ and ‘Bengalee Nationalism’ from the 1972 Constitution, and tainted the religious freedom provisions in letter and spirit. In 2011, Bangabandhu’s courageous daughter, current Prime Minister of Bangladesh Sheikh Hasina, through the 15th Amendment, reinstated ‘secularism’ by removing ‘absolute trust and faith in the Almighty Allah’ and reinstated Bengali nationalism and the religious freedom clause in the Constitution, which ensures, along with Islam, ‘equal status and equal right in the practice of the Hindu, Buddhist, Christian and other religions’.

Bangabandhu’s secular and inclusive Bengali spirit can never be silenced with mere bullets. His vision for a ‘Golden Bengal’, where people of all races, religions and castes will be treated equally and prosper, continues to live on in the hearts and minds of an indomitable 165 million Bengali nation, including a humble me. On his birth centenary, I pay my tribute to the ‘Friend of Bengal’ with a quote that may best define him to my British friends:

“As a man, what concerns mankind concerns me. As a Bengalee, I am deeply involved in all that concerns Bengalees. This abiding involvement is born of and nourished by love, enduring love, which gives meaning to my politics and my very being.”

High Commissioner for Bangladesh to the United Kingdom, Saida Muna Tasneem, reflects on Sheikh Mujibur Rahman as a secular South Asian who succeeded in creating a secular People’s Republic in 1971