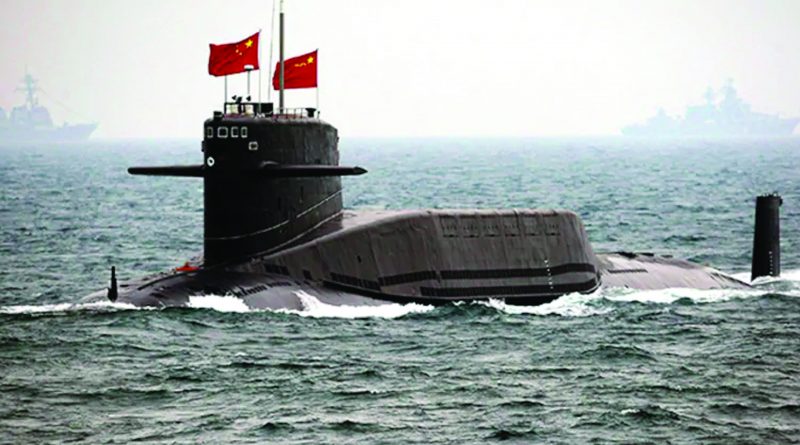 Following a decisive electoral win for the Rajapaksas, Sudha Ramachandran charts the prudent path they will have to tread in dealing with two of Sri Lanka’s key foreign partnerships

The sweeping victory of the Sri Lanka Podujana Party (SLPP) in the island nation’s recently-concluded general elections – it bagged 145 seats and, together with its allies, will enjoy a two-thirds majority in the 225-seat parliament – will surely tighten the Rajapaksas’ grip on power in the island. But while the Rajapaksas are unlikely to face any major challenges to their rule at home, they can expect Sri Lanka’s external relations to present a daunting task.

President Gotabaya Rajapaksa and his elder brother,Prime Minister Mahinda Rajapaksa – the latter himself president from 2005-15,and now starting his fourth term as premier –will have to walk a tightrope in their dealings with India and China. This will be particularly difficult in the coming months as relations between the two Asian giants have deteriorated significantly over their disputed border.

India can be expected to become less accommodating of its smaller neighbours maintaining close relations with the Chinese, especially if these ties have implications for India’s national security.  Sri Lanka will come under pressure from New Delhi in this regard, especially since the Rajapaksas are known to have a close personal equation with the Chinese.

It was during Mahinda’s presidency (when Gotabaya was defence secretary)that Sri Lanka entered into a close partnership with China. Unlike India, which was selective in its backing for the Sri Lankan government’s military operations against the Liberation Tigers of Tamil Eelam, China provided all-out support, supplying Colombo with every weapon on its wish-list. After the war, Beijing defended the Rajapaksa regime against being put on trial for alleged war crimes at international human rights forums.

China also played a major role in Sri Lanka’s post-war economic development, extending multi-billion-dollar loans for massive infrastructure projects. Among the projects financed by Beijing was a US$1.5 billion port at Hambantota. While Sri Lanka’s port and highway infrastructure underwent a dramatic transformation, it came at a great cost. Sri Lanka was sinking steadily into a Chinese debt trap.

Sri Lanka’s mounting dependence on China worried India but it was only in 2014, when Chinese naval vessels docked at Colombo harbour, that an alarmed Indian security establishment really sat up and took notice. Its worst fears were coming true. The Rajapaksas were not just driving Sri Lanka into debt dependence on China, increasing the island’s vulnerability to Chinese pressure; their decisions also had the potential to undermine India’s national security.

Not surprisingly, then, Mahinda’s defeat in the January 2015 presidential election was viewed by India as positive for India-Sri Lanka relations, especially since the new President, Maithripala Sirisena, and the coalition that supported him promised ‘a balanced approach between India and China’. Indeed, India is said to have played a role in cobbling together the coalition that ousted Mahinda from power. This would have raised the Rajapaksas’ hackles.

Then, in 2019, the Rajapaksas returned to power in Sri Lanka. Gotabaya won the presidential election in November that year and appointed Mahinda as prime minister soon after. Both Colombo and New Delhi were apprehensive. While there was speculation in Colombo that India would destabilise Sri Lanka, India feared Sri Lanka would move further into the Chinese orbit.

However, the two sides chose a cautious path. Over the past nine months, they have sought to rebuild relations. The rethink on the part of the Rajapaksas would have come from the realisation that there was nothing to be gained from drawing India’s ire, and that Sri Lanka’s geographic proximity to India necessitates good relations between the two countries.

For its part, New Delhi is likely to have realised that Sri Lanka’s engagement of China would continue to increase, given the island’s need for funds to finance its infrastructure development, which only the Chinese were in a position to provide. Hence, Sino-Sri Lankan ties would strengthen whether or not the Rajapaksas were at the helm. This was evident when the Rajapaksas were out of power in the 2015-19 period. Under President Sirisena and the pro-West, pro-India prime minister, Ranil Wickremesinghe, Sri Lanka handed over the strategic Hambantota Port to the Chinese on a 99-year lease in lieu of unpaid debt.

In the circumstances, India may have decided to work on reducing Sri Lanka’s need for Chinese debt. Meanwhile it may push Colombo to ensure that its cooperation with China will not impinge on India’s security.

Over the past nine months, both India and the Rajapaksas have indicated that they are not taking the other for granted; nor are they provoking each other. The Rajapaksas have not downgraded Sri Lanka’s relations with China since returning to power. They have taken an ‘urgent’ loan of $500 million from the Chinese to help Sri Lanka’s fight against COVID-19 and another $80 million for improvement of roads.

However, they are simultaneously deepening co-operation with India and expected to intensify security and economic relations in the coming months.

As for India, it has promised to help Sri Lanka ease its debt burden. To this end, it has agreed to extend a $400 million currency swap facility to the Central Bank of Sri Lanka, which will remain available till November 2022. Another currency swap worth $1.1 billion is said to be on the cards.

The Rajapaksas will have to make a decision soon on the fate of the $500 million East Container Terminal (ECT) at Colombo Port. A memorandum of co-operation relating to the project was signed in May 2019 between the Sirisena government and the Indian and Japanese governments. However, amid strong protests from port workers, Colombo put the trilateral project on hold and has called for a review of the project terms.

The ECT is located adjacent to the Colombo International Container Terminal, a Sri Lanka-China joint venture and close to the China-backed Colombo Port City project. Hence, India’s interest in the ECT project at Colombo Port.

While India has tended to view the Rajapaksas’ decision to suspend the ECT project as having been made under Chinese pressure, it is possible that sovereignty issues drove the port workers’ protests. Preferring to avoid riling nationalist voters, the Rajapaksas may have sought to defuse tensions by suspending the project in the run-up to the elections.

Elections are over now and the SLPP has won a resounding victory. Opposition parties have been marginalised. New Delhi will be watching to see what decision the Rajapaksas take on the future of the ECT project.

Sri Lanka must make $4.8 billion in debt repayments this year. Will it keep taking Chinese loans to pay off these debts, pushing it ever deeper into the Chinese debt trap and leaving it even more susceptible to pressure from Beijing? Tough decisions lie ahead for the Rajapaksas.

With Sino-Indian competition in South Asia likely to intensify in the context of the sharpening conflict in the Himalayas, Colombo can expect to come under heightened pressure in the coming months.