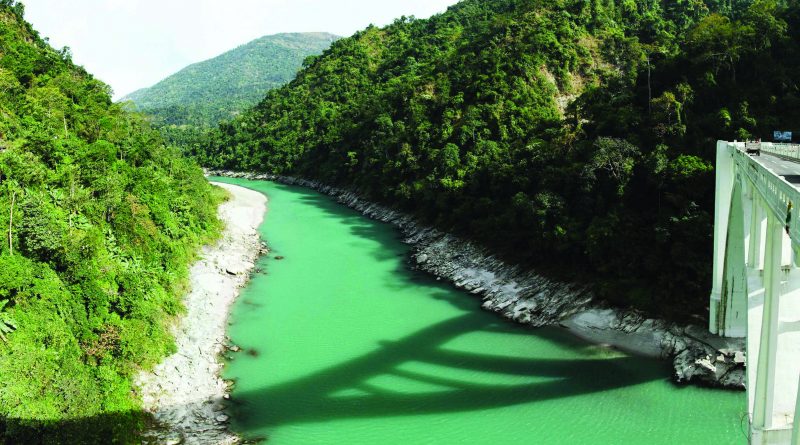 Dhaka may have turned to Beijing in a bid to offset India’s influence, but it is still loath to antagonise its powerful western neighbour.  Jayanta Roy Chowdhury assesses the shifting scenario

Early in August, Bangladeshi officials decided to reach out to China for a $983 million loan for a ‘Teesta River Comprehensive Management and Restoration project’. The move followed years of efforts by Dhaka to get India to agree to a water-sharing pact for the river, which starts in Sikkim and enters the low-lying South Asian nation through the Indian state of West Bengal.

Keenly watched by New Delhi, the nearly $1 billion project will be one of many which the Chinese dragon has secured using its famed chequebook diplomacy, as Bangladesh tries to balance India’s influence with China’s.

The Teesta project will store water flowing into Bangladesh for irrigation in the dry months, check land erosion and flooding during the turbulent monsoons and use the river for shipping in an area very near India’s ‘Chicken’s Neck’, a narrow strip of land connecting mainland India with its north eastern states, which has Bangladesh to the south and China to the north as neighbours.

India can hardly complain. For more than a decade the pact on the river – which at one time was on the verge of being clinched – has been in cold storage, even as a large dam, which Bangladeshis say leaves their portion of the Teesta dry for several months, is being built in West Bengal. India has already built four run-of-the-river hydro-electric projects on the Teesta in the tiny Himalayan state of Sikkim, which Bangladeshis remain suspicious about.

In recent months China has made much headway in Bangladesh

Next year, Bangladesh will celebrate its 50th anniversary of freedom from Pakistan – a freedom in which India played a gallant role, sending in troops to help Bangladeshi fighters and hosting nearly 10 million refugees who escaped the bloodbath unleashed by the Pakistani junta in 1971, soon after Bangladesh’s leaders declared independence in March.

There is much, therefore, for which Bangladesh is grateful to its larger neighbour. But a recent spate of disputes and misunderstandings over Indian domestic policy that could affect Bangladesh has turned public opinion against Delhi and has seen Dhaka increasingly turning to China in an attempt to counterbalance its larger neighbour.

Relations began to sour last year when India first cracked down on alleged illegal migrants from Bangladesh in the state of Assam.  This was followed by India passing the Citizenship Amendment Act, which fast-tracked citizenship for religious refugees from other South Asian nations. Soon after, several top ministerial visits to India from Dhaka were cancelled on one pretext or the other, though the message was clear – Bangladesh was not amused.

A politically secular nation with a Muslim majority, Bangladesh viewed the twin moves with apprehension, fearing an exodus of stateless Muslims from across the border in Assam. It also deeply resented what it saw as the underlying implication of India’s new citizenship law: that religious minorities – Hindus, Buddhists and Christians – in Bangladesh were not safe due to a rising tide of Islamism within its society. In an interview earlier this year, Bangladeshi Prime Minister Sheikh Hasina said: ‘We don’t understand why [India] did it [the citizenship amendment act]. It was not necessary.’

Riva Ganguly Das, who was sent as India’s High Commissioner to Dhaka early last year, managed to undo the damage to a large extent, with India’s own version of chequebook diplomacy. Larger numbers of visas and student scholarships were offered to Bangladeshis, while railway projects linking the two nations were pushed through and Indian-made diesel locomotives to run the railways were gifted. A movie on Bangladesh’s founding father, Sheikh Mujibur Rahman, to be directed by noted Indian film-maker Shyam Benegal, got the seal of approval, and Indian help in building Bangladesh’s first and only nuclear plant was fast-tracked.

Das also worked on a new favourable long-term trade pact, replacing India’s unilateral decision a few years ago and allowing duty-free imports from Bangladesh (and other less developed nations), as Dhaka has graduated out of the LDC minnows league into an Asian tiger economy in its own right.

Bangladesh responded to these overtures and last winter allowed India the long discussed concession of using its Chittagong and Mongla ports. The move means India’s land-locked north eastern states can more easily export their produce and bring in goods from mainland India and abroad.

However, in the Bangladeshi public’s perception, India, the favoured neighbour ‘with whom Bangladesh has ties of blood’, had taken a tumble. It was a perception Beijing was quick to take advantage of.

In the last few months China has made much headway in Bangladesh, even as its troops engaged Indian soldiers in the high Himalayas, sparring for control over vital hills and vales dotting a long contested border between India and Chinese Tibet.

April saw a Chinese conglomerate, Beijing Construction Group, beating Indian rivals to bag a $250 million contract to build an airport in Sylhet, an area from where many Bangladeshi restaurateurs in the UK hail. India’s unstated objection to that contract was the airport’s close proximity to the sensitive Indian border state of Assam.

Then, in June, China unilaterally announced it was opening up its markets to duty-free imports from Bangladesh for some 8,000 products. Dhaka welcomed the move as it has record trade deficits with both China and India, its two largest trading partners.

Chinese firms are also working to build Bangladesh’s Padma Bridge, touted as a game changer linking the country’s poorer eastern districts with the capital, as well as a river tunnel near Chittagong.

Analysts believe China also has ambitions to link Bangladesh through Nepal to its ‘One Belt, One Road’ initiative, which plans to girdle the world with roads leading to Beijing.

‘The Chinese are fast on the uptake and have a good turnaround time between identification of a project, to its funding, to completion… as Bangladesh’s foreign policy is one of friendship with all countries, China is emerging as an important development partner,’ pointed out Ambassador Tariq Karim, a former Bangladeshi High Commissioner to India.

In all, China is expected to fund projects worth some $38 billion in Bangladesh, according to analysts, $24 billion of which were agreed to during a 2016 trip to Dhaka by China’s strongman President Xi Jinping.

This enormous promised sum is, of course, viewed with mixed feelings in Dhaka. While China is a welcome partner in difficult-to-fund projects, Bangladesh’s leaders fret that the mixture of debt and equity that China uses could land it in a debt trap. After all, the lesson of Sri Lanka, which handed over a port on a 99-year lease to part pay its debts to the Middle Kingdom, is still fresh in everyone’s mind.

Dhaka is mindful, too, of the fact that, besides ties of culture, language, trade and people-to-people contacts, India surrounds it on three sides, and a friendly neighbour has much more to offer than a rich but distant power.

After bad press in both India and Bangladesh on Dhaka’s growing closeness to Beijing, Sheikh Hasina promptly fielded her foreign minister, A.K Abdul Momen, who commented in July that the ties between the two South Asian nations were ‘rock solid’ and a new ‘golden chapter’ under the leadership of the two premiers was being scripted.

‘Hasina and many in the ruling Awami League are India’s well-wishers,’ said Sreeradha Datta, of the right-wing think tank Vivekananda International Foundation. ‘However, they have to bow down to public opinion… balance of power is not such a dirty word.’

But despite the friendly gestures, pin-pricks remain. In a surprise turn of events, Hasina took a phone call in July from her Pakistani counterpart Imran Khan, another close ally of China. While the Pakistanis claimed that Khan briefed her about developments in Kashmir, the province claimed by both India and Pakistan, Bangladesh was quick to insist that Hasina considers Kashmir – whose status has been changed from state to a union territory – an internal matter for India.

Pakistan’s reaching out to Bangladesh and Hasina may not fundamentally alter the frosty relations between the two nations, which were riven apart by the brutal Liberation War of 1971 and the killing, on 15 August 1975, of Hasina’s father Sheikh Mujib, then Prime Minister of Bangladesh, by renegade military officers in a coup that was quickly recognised by Islamabad. However, the very fact that an overture could be made at all will remain discomfiting for India.

As Bangladesh prepares to celebrate its 50th anniversary of liberation and India its victory over Pakistan in a blitzkrieg of a war, relations between the two neighbours are likely to remain friendly.But a wary Dhaka, upset by the turns in India’s domestic politics, may well continue to hedge her India bet with China.