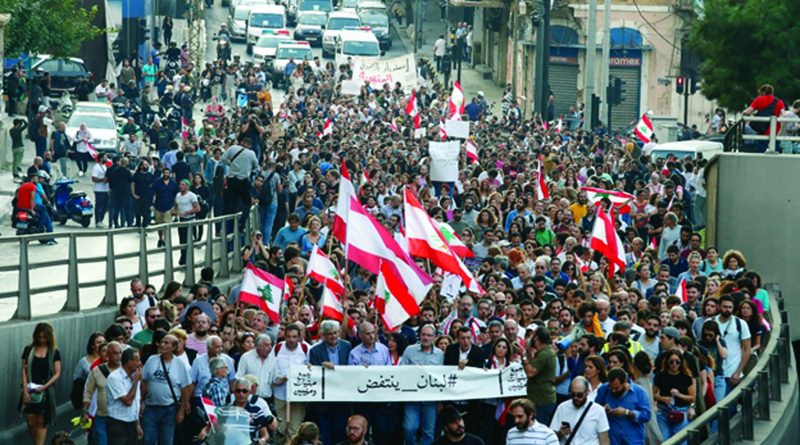 The world wants to be generous to Lebanon following the terrible explosion which destroyed much of Beirut this summer. But, given the country’s poor record on corruption,  Duncan Bartlett warns that donors should recognise the risks involved in sending more aid

‘Beirut has been devastated. The need for humanitarian support is now greater than ever.’

That was the message from the United Nations High Commission for Refugees, in the aftermath of the two massive explosions which ripped through Beirut in early August. The blasts destroyed huge swathes of the city, displacing more than 300,000 people from their homes.

The UNHCR sought outside support, as Lebanon was already dealing with huge numbers of refugees from Syria. Moreover, the country’s health system was at risk of being overwhelmed by the COVID-19 pandemic.

Soon after the explosion, the international community convened a summit, hosted by France, at which $300 million was pledged in aid. However, the statement from the donor nations was circumspect, noting: ‘Assistance should be timely, sufficient and consistent with the needs of the Lebanese people.’ Mindful of past corruption and the misappropriation of funds, the donors said their money should be ‘directly delivered to the Lebanese population, with utmost efficiency and transparency’.

That will not be an easy process. Nadim Houry, executive director of the Arab Reform Initiative, insists that large sums of cash intended to help people have instead ended up in the hands of political leaders. He calls this ‘grant theft’.

‘We’ve seen how money gets siphoned off,’ Mr Houry told the Washington Post. ‘So what transparency efforts are going to be put in place? How can measures be strengthened to ensure accountability?’

One of the first steps towards restoring credibility would be for Lebanon’s leaders to agree to an audit of the national bank. This has been a key demand of the International Monetary Fund, which has been involved in the effort to try and lift the country out of its dire financial crisis.

The US, France, Britain, Canada and Australia, among others, have been clear that any money they give must go directly to trusted local aid groups, such as the Lebanese Red Cross or UN agencies, including the UNHCR. This summer it provided emergency waterproofing materials to the worst affected areas of Beirut, as well as offering food and medical supplies.

Civil society groups in Lebanon also stepped into help, with armies of volunteers giving up their time to help the vulnerable.

Yet experts on development warn that long-term programmes require a carefully-planned approach. The ultimate goal is to build the capacity of state institutions, so that countries can learn to cope independently with disasters. Unfortunately, because so many systems in Lebanon are dysfunctional, the money often gets wasted.

For the past year, demonstrators have taken to the streets of Beirut demanding political change. In mid-August, following the explosion, the government led by Prime Minister Hassan Diab resigned. In his televised farewell address, Mr Diab continued to try to present himself as a reforming leader.

Corruption in Lebanon was ‘bigger than the state’ itself, he said, and ‘a very thick and thorny wall separates us from change; a wall fortified by a class that is resorting to all dirty methods in order to resist and preserve its gains’.

Mr Diab’s opponents maintain he and his government were also culpable, colluding with this corrupt system. They claim he was part of a clique of politicians who used sectarian patronage to gain power.

Dr Lina Khatib, Director of the Middle East Programme at Chatham House, says there is frustration about the role of Lebanon’s ruling political class, and notes that French President Emmanuel Macron was insistent that relief funds should go directly to the Lebanese people. ‘Mr Marcon sent the message to Lebanon’s rulers that, while their country desperately needs foreign assistance to stand on its feet, no one can help Lebanon if it does not also help itself,’ said Dr Khatib.

In the view of Robert Fisk, the Beirut-based Middle East correspondent for the Independent, ‘corruption is the cancer of the Arab world, as well as a serious problem in Israel. ‘Somehow, we find the Lebanese version of corruption more terrible, more shameful, more grotesque than that which is practised in every other Arab country. Is this because it is more obvious? Or because it exists in the only Arab nation that actually publicises its own decay?’ asked Mr Fisk in a recent Independent article.

Politically and economically, Lebanon is on the verge of becoming a failed state. Its debt is more than 170% of its GDP, and this mounting sum has depleted the country’s hard currency. Many people face difficulty in accessing money held in dollar-denominated bank accounts, leading to a sense of panic.

The country’s non-profit organisations have said they will form a coalition to monitor how relief and aid money is spent. Their task will be especially arduous now that so many senior government figures have resigned and many official facilities were damaged by the blast.

The Lebanese Transparency Association, which includes business-people, academics, economists, lawyers and intellectuals, has been at the forefront of the campaign to curb corruption. Its director, Julien Courson, told Associated Press: ‘The decision-makers and the public servants who are in charge of these files are still in their positions. Until now, we didn’t see any solution to the problem. I think the Lebanese government has an interest in finding a suitable solution.’

For the people of Lebanon, it cannot come soon enough.