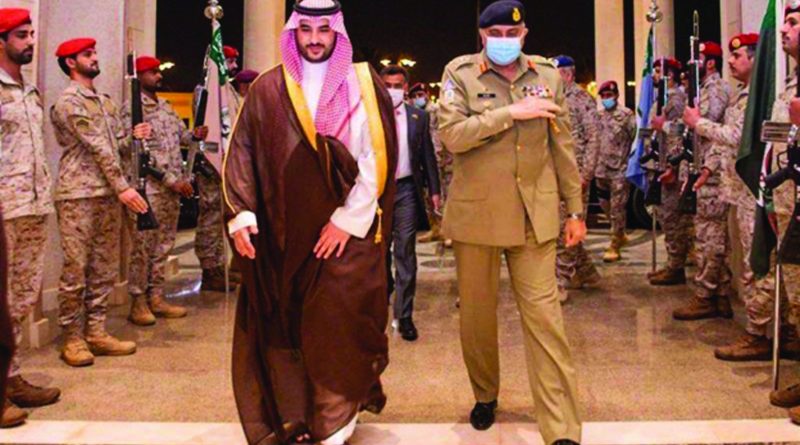 One year ago, the Indian premier took dramatic action by revoking Kashmir’s special status and then imposing a strict lockdown to control mounting violence in the region. But, despite Pakistan’s attempts to persuade other countries to join its condemnation of India over the moves, the international community has grown tired of the Kashmir problem and Mr Modi is showing no signs of backing down. Duncan Bartlett reports

India’s Prime Minister Narendra Modi is certain he is following the correct policy on Kashmir. In a speech this August, he insisted that over the past year, the rights accorded to women who live in the region – as well as members of the Dalit caste – have been significantly strengthened. He also claimed the situation has improved for refugees.

He made a key political promise, too. Once the process of agreeing the region’s territorial boundaries has been completed, Mr Modi vowed there will be further elections.

Kashmir, whose proper title is Jammu and Kashmir, is India’s only Muslim-majority state. It joined the union at the time of partition in 1947, but Pakistan has long claimed the whole area as part of its territory. This has led to several wars and much bitter rhetoric from both sides. It is therefore impossible to imagine a quick solution to the dispute over borders, boundaries and control.

For decades, Kashmir was run along semi-autonomous lines, under a clause in India’s constitution known as Article 370. This arrangement changed in the summer of 2019. Kashmir is now a highly militarised zone, with tens of thousands of Indian soldiers overseeing most aspects of daily life, headed by India’s National Security Advisor, Ajit Doval.

The Indian government claims its extensive troop presence has led to a fall in violence. During his Independence Day speech, Prime Minister Modi insisted that Indian forces are responding forcefully to challenges from terrorism, saying, ‘From LoC to LAC, whoever has tried to raise their eyes towards the sovereignty of our country, our soldiers have responded to it in the same language.’

But the actions of the Modi government have not resolved the identity crisis of the people living in the mountainous region of Kashmir. Are they Indian? Is their loyalty to Pakistan? Or should they aspire to the aspiration of azadi, or independence?

Pakistan’s four-point strategy for Kashmir mainly involves opposing the Indian government and its army. The country’s foreign minister, Zahid Hafeez Chaudhri, said it will focus on ‘confronting, exposing and pushing back against New Delhi’s intentions; deterring it through military preparedness, conflict resolution and confidence-building’.

According to Mr Chaudhri, ‘the Indian contentions about Jammu and Kashmir being the so-called “integral and inalienable part” of India and an “internal affair” are a laughable fiction, totally contrary to historical and legal facts and in violation of the relevant United Nations Security Council (UNSC) resolutions’.

However, this Pakistani perspective does not satisfy Michael Kugelman, a South Asia expert at the Washington-based Woodrow Wilson Center.

‘Islamabad wants to push back against the well-founded criticism that it has been waging an international diplomatic offensive over the last year,’ said Dr Kugelman, ‘but this effort – which is not exactly a new thing for a country that has long sought to push the Kashmir issue in global forums – has not garnered the results Islamabad has wanted.

‘And that leads to a natural question: if the international diplomatic campaign doesn’t pay off, then what’s the second plan?’

Clashing with the Arabs

Pakistan has also been in confrontation over Kashmir with the leaders of Muslim states in the Arab world. The rift began when Pakistan’s Foreign Minister, Shah Mahmood Qureshi, criticised the 57-member Organisation of Islamic Cooperation for failing to support Pakistan’s stance on Kashmir.

Mr Qureshi’s comments infuriated officials in Saudi Arabia, which plays a key role in the OIC’s affairs. The Saudis responded by freezing a loan they had made to Pakistan in relation to an oil credit facility. They demanded that Pakistan repay a billion dollars immediately.

Pakistan’s Army Chief General Qamar Bajwa flew to Riyadh to speak with the Saudis and try to bring them on-side. The general’s involvement met with concern in India, with many commentators questioning whether Prime Minister Imran Khan is losing his grip on power, as the military once again tightens its control on government. The Pakistani army has recently placed more than a dozen former and serving military officials in prominent ministerial roles, andit uses the situation in Kashmir to justify its budget.

Other countries in the region would like to see an end to the cycle of animosity between India and Pakistan. It certainly has not been good for the economy of the Kashmir region, which is now facing further huge problems because of the COVID-19 pandemic. The Indian government has promised to encourage investment, and has also said that thousands of government jobs will go to people from poor backgrounds, including those from rural areas. Special provisions have been made for women, disabled people and for those who speak minority languages, such as Pahari.

Even in the best of circumstances, such schemes would take time to come to fruition but their progress has been severely hampered by the pandemic.

Some people in Kashmir claim that this proves the Indian ‘experiment’ in their region has failed. But Mr Modi is sticking to the plan that he implemented last year. He has little motivation to go back to the old system, which he blames for decades of suffering and unrest. There is not much that Pakistan, nor the leaders of any other nation, can do to change the Indian position.