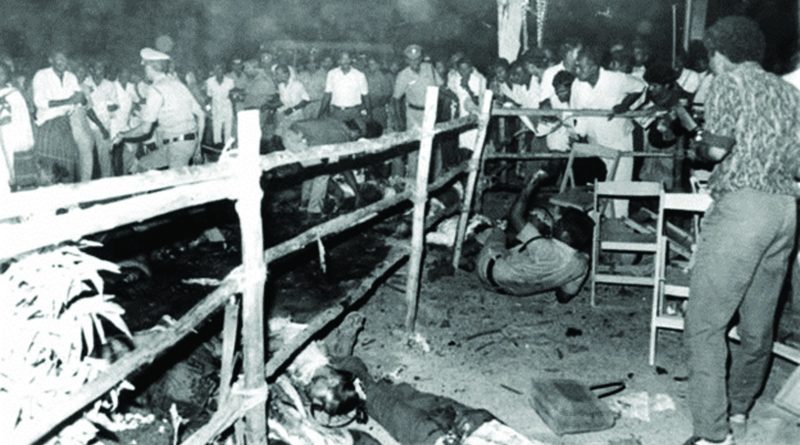 Sri Lanka’s presidential poll was a model of democracy at work. G Parthasarathy  hopes that the island nation will now focus on economic recovery, avoiding foreign policies that could risk security in the region.

While the US appears uncertain about how its forthcoming  presidential elections will play out on November 8, amidst the challenges it faces from the coronavirus pandemic and the shortcomings of its postal ballot systems, the inherent strengths and resilience of democratic governance were manifested recently in Sri Lanka. The island nation held nationwide elections in 196 parliamentary constituencies and, given that these took place amidst a pandemic, the turnout – 71% of registered voters – was remarkable. Sri Lanka also impressed the world by the manner in which the elections were held, after much meticulous planning. This involved strict limitations on numbers attending meetings, the wearing of masks and gloves, use of hand sanitizers, and social distancing. Liberal provisions were also made for postal ballots.

Not surprisingly, the Sri Lanka Podujana Peramuna Party (SLPP), led by the Rajapaksa brothers –President Gotabaya Rajapaksa and his elder brother, Prime Minister Mahinda Rajapaksa – swept to victory, winning 145 of the 225 parliamentary seats. The liberal right-wing opposition United National Party (UNP), which ruled Sri Lanka for a number of years after independence in 1948, was virtually wiped out, winning just one seat. This debacle has been attributed to the ‘lack lustre’ leadership of former Prime Minister, Ranil Wickremasinghe. Sajith Premadasa, the son of former President Ranasinghe Premadasa, who quit the UNP and formed his own party, Samagi Jana Balawegaya, led an imaginative and aggressive election campaign, winning 54 seats. He has emerged as the Leader of the Opposition.

It is hoped that Sri Lanka can now look ahead, as it has had a troubled past. The ethnic conflict, which lasted three decades, took the lives of around 100,000 civilians (Tamil and Sinhala) and 27,000 LTTE cadres. Some 1500 soldiers from an Indian peace-keeping force also died, when they were compelled to act against the LTTE.  Former Indian Prime Minister Rajiv Gandhi was assassinated in 1991 by the LTTE, in the midst of a parliamentary election campaign in Tamil Nadu.  LTTE leader Prabhakaran was killed by the Sri Lankan army in 2009.

New Delhi has poured in $3.2 billion for the rehabilitation, development and relief of Tamils

Since then, New Delhi has poured in $3.2 billion for the rehabilitation, development and relief of Tamils, large numbers of whom were displaced, especially during the final days of the ethnic conflict. It has built 37,000 houses for Tamils in the north and northeast of Sri Lanka, as well as building medical facilities, which have extended treatment to an estimated 53,000 people. The focus has primarily been on housing and infrastructure projects and schemes, which have sought to ensure that the grievances of people post-conflict did not escalate into violence. The success of this effort was reflected by the large Tamil participation in the recent elections. Interestingly, Tamil political parties in northern Sri Lanka actually worked with the Sinhal as in backing Sajith Premadasa’s supporters in some constituencies.

Given western hostility and India’s long-term ties with other opposition leaders and national parties, President Rajapaksa turned to China for military and economic assistance, which China duly provided in substantial amounts. For India, faced with a situation involving growing Chinese military assistance to Sri Lanka, together with substantial arms supplies and frequent visits of Chinese warships and submarines to Colombo, concerns increased, especially when China financed and built a new port, located in the southern town of Hambantota. Commercial ships rarely visited this port, which drew virtually no commercial revenues. Consequently, Colombo was unable to repay the Chinese loan and therefore compelled to hand over the port to China.

Beijing has acted in a similar way in a number of African countries, including Kenya, Tanzania and Ethiopia. Indeed, this policy of financing the construction of ports, irrigation and mining projects, and then taking them over when recipients cannot repay the loans, has become standard Chinese practice across Asia and Africa, and is popularly known as ‘debt trap diplomacy’.

Apart from what has transpired in Hambantota, it is in India’s natural interest to have a significant presence in the Colombo port. The overwhelming share of revenues for the port is generated by goods being transferred to and from Indian ports. These goods include items which have a bearing on India’s National Security. An exclusive Chinese presence in the port would, therefore, be matter of serious concern. India’s involvement in the expansion of the Colombo Port City – together with a Japanese presence, in order to improve the terms of funding – would make sense for Sri Lanka. This is particularly important, given the exploitative terms of Chinese ‘aid’. While such a project has been under discussion with the Rajapaksa Government, New Delhi now appears hopeful that Sri Lanka will agree to the project, despite vehement Chinese objections. China is now facing serious problems on its maritime boundary claims in the Indo-Pacific region. ASEAN States recently joined hands to reject and oppose China’s policies of arbitrarily defining its maritime boundaries, in violation of International Law. Beijing, however,    appears determined to stand firm on its untenable claims to vast tracts of maritime space from virtually all its maritime neighbours, ranging from Japan, South Korea and Taiwan, to the Philippines, Vietnam, Indonesia and Malaysia.

The recently established ‘Quad’, comprising Japan, the US, Australia and India, is preparing the ground to respond comprehensively to these challenges. The current focus of attention is on countries around the Straits of Malacca, which lie astride the main supply lines for the bulk of China’s oil imports from the Persian Gulf. India has already commenced strengthening its forces across the Straits of Malacca, in the Andaman and Nicobar Islands. This maritime cooperation, primarily with the US Pacific Fleet and Japan, with Australia set to join, will have to be extended westwards, by strengthening existing links between India’s Western Fleet, and the Bahrain-based US Fifth Fleet.

One is now seeing signs of strong Chinese backing for Pakistan, and Iran, even as relations between Saudi Arabia and Pakistan deteriorate. China has also embarked on efforts to strengthen Pakistan’s navy, with the supply of its modern frigates and submarines. Even so, New Delhi appears reasonably confident that, with its focus on economic recovery, Sri Lanka will steer clear of any action that could raise regional security concerns.

Parthasarathy, a career Foreign Service Officer, is currently Chancellor of the Central University of Jammu and Visiting Professor at the Centre for Policy Research in New Delhi, as well as President of the India
Habitat Foundation. He previously served as Ambassador of India to Myanmar, High Commissioner of India to Australia, Pakistan and Cyprus, and Spokesman of the Prime Minister’s Office