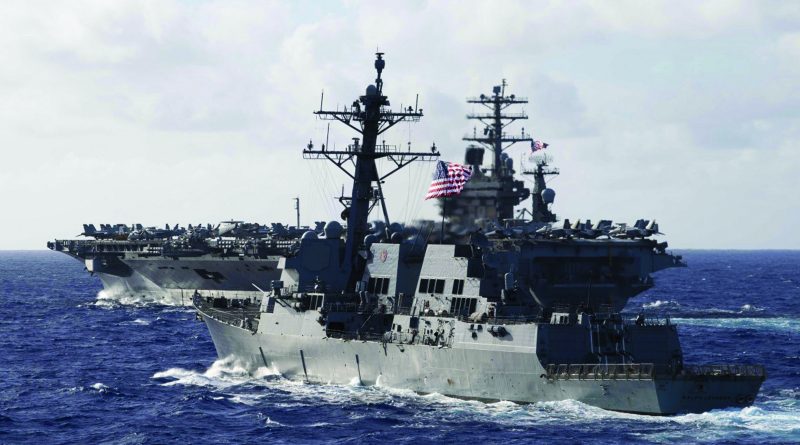 The taming of the Dragon

At the forefront of a global anti-China coalition, Australia now has a very different relationship with its one-time ally and trading partner, Yvonne Gill reports.

Amid China’s growing economic and geopolitical clout, matters have come to a head in recent months following the COVID-19 outbreak in China, which is now a near-global pandemic. Taking advantage of the health crisis, the Asian dragon has been flexing its military and economic muscles to reposition itself as the next superpower, ringing alarm bells in capitals across America, Europe and the Indo-Pacific. With its aggressive manoeuvres at the Indian border and in the South China Sea, and violent suppression of protests in Hong Kong, Beijing has sparked a multi-front confrontation both at home and abroad, as demands for an inquiry into China’s mishandling of the COVID-19 pandemic grows more strident.

More than 120 countries backed a draft resolution pushed by the EU and Australia, calling for an international investigation into the origins of COVID-19 at the World Health Assembly (WHA). Australia, along with 40 other nations, also called for Taiwan’s inclusion as an observer in the WHA. China opposed this, though it did agree to the investigation.

Today, Australia stands at the forefront of the contain-China campaign. Just five years ago, it signed a strategic partnership agreement with China, its biggest trading partner, which imports massive quantities of coal, minerals and agricultural produce from Australia, and has also invested in mining and other sectors there. Yet things have changed dramatically and the determined Australian pushback against China is visible in its announcement of an additional US$190 billion budgetary allocation for defence over the next decade. This includes long-range missiles and other capabilities clearly aimed at countering Chinese military might.

Over the years, China had assiduously cultivated Australia, a close US ally. A Free Trade Agreement was signed in exchange for Australia joining the Beijing- headquartered Asian Infrastructure Investment Bank. China is alleged to have bribed Australian politicians, purchased properties and invested hugely in Australian companies.

As of today, all have aligned themselves with the US to ban the use of Huawei equipment in 5G networks, and have also come out against universities accepting Chinese money to host Confucius Institutes, gross human rights violations in Xinjiang, government repression in Hong Kong, and the militarisation of the South China Sea. The murderous attack on unarmed Indian troops in Galwan Valley has only added a new dimension to anti-China hostilities.

Sino-Australian ties are a good gauge for understanding how the Chinese operate using every tool in their arsenal. In February 2018, the Australian government announced tougher rules on foreign buyers of agricultural land and electricity infrastructure to curb aggressive Chinese purchases. In March this year, it introduced new rules to prevent foreign takeovers of Australian companies after MPs there expressed concerns that companies impacted by the coronavirus-linked economic slowdown would become vulnerable to buyouts by cash-rich, state-owned Chinese enterprises.

In retaliation for Australia’s call in May for an investigation into the COVID-19 outbreak, China banned imports of beef from four Australian beef processing firms, comprising about 35 per cent of the country’s beef exports to China. Beijing also imposed an 80% tariff on barley imports from Australia as an anti-dumping measure, which the Australian Trade Minister described as ‘completely ridiculous’. China, which imports about nine million tonnes of barley per year, has now unfrozen its barley import from the US, thus playing one ally against the other. The Chinese government even warned Australia against siding with the US in a trade war, saying that if Australia supported the American stance, China would deliver the Australian economy a ‘fatal blow’ and ‘Australia may feel more pain than the US’.

Canberra also reported on June 19 that there had been a spate of cyber-attacks on Australian businesses and government agencies from a ‘sophisticated state-based actor’, though without naming China directly.

China’s inroads into Australia’s domestic politics have been significant. The premier of the state of Victoria, Daniel Andrews, signed up to China’s Belt and Road Initiative (BRI) in 2018, in clear defiance of the national government’s stated position, and of his own Labour Party’s opposition, at the federal level, to Australia’s participation in the BRI. The Chinese way of cultivating politicians with money and other inducements had thus penetrated Australian politics, though today Canberra has come round to a single-point agenda of confronting China on the world stage.

Australia’s top universities, which were dependent, pre-COVID, on Chinese student tuition fees, have also come out strongly against China. As in the US and other countries, Australian universities have faced protests over their acceptance of Chinese funding for Confucius Institutes where Chinese language and culture are taught. There have long been concerns that this kind of funding comes with strings attached –for example, in demands that academic criticism of China by staff and students is silenced.

In addition, China’s military capabilities, which it has been building for decades, are causing anxiety across Asia. In the last few months, Beijing has asserted control over Hong Kong, intruded into Taiwan’s airspace, trained guns on the Philippine Navy, harassed Malaysian vessels, sunk a Vietnamese fishing ship, rammed a Japanese coast guard vessel, reignited a deadly border conflict with India, and conducted cyber attacks and economic coercion against Australia.

At the recent 36th ASEAN Virtual Summit, Vietnam and the Philippines criticised China for conducting naval exercises in waters near the Paracel Islands, a disputed part of the South China Sea (SCS). Philippine Defence Secretary Delfin Lorenzana called the exercises ‘highly provocative’, while the Vietnamese Foreign Ministry lodged a diplomatic protest with China that the exercises ‘seriously violated Vietnam’s sovereignty’.

In response, the US Navy aircraft carriers, USS Ronald Reagan and USS Nimitz, moved in to assert freedom of navigation in the Bashi Channel, south of Taiwan, before heading to the SCS. Another aircraft carrier, USS Theodore Roosevelt, was in the area too, where the US also deployed two refuelling tankers and six reconnaissance aircraft.

US Secretary of State Mike Pompeo has said that in SCS and elsewhere, all nations must support a free and open rules-based order that upholds the sovereign rights of all states, regardless of size, power and military capabilities. Pompeo repeated his warning on 13 July that ‘the PRC’s predatory world view has no place in the 21st century’ and has no legal grounds to unilaterally impose its will on the region. Here called the unanimous July 12, 2016 decision of the Arbitral Tribunal constituted under the 1982 Law of the Sea Convention, to which the PRC is a state party. The tribunal has rejected the PRC’s maritime claims as having no basis in international law. It is imperative for the world to remind China that the Tribunal ‘sided squarely’ with the Philippines, Pompeo added.

China, experts point out, wants to be the kingmaker in the SCS with an eye to territory and resources. It is illegally occupying islands and reefs, settling them with military personnel and equipment. The scale of this occupation is unprecedented, and can only be compared with Chinese land grab against India in the Himalayas. China uses a ‘nine-dash line’, sourcing it to maritime records from dynastic times, to claim about 90% of the waterway that others in the region value for its fisheries and undersea fossil fuel reserves. The line also cuts into some nations’ Exclusive Economic Zone (EEZ).

Japanese Defence Minister Taro Kono, US Defence Secretary Mark Esper and Australian Minister of Defence Linda Reynolds held the 9th round of Trilateral Defence Ministerial Meetings on July 7, at which ministers expressed concern over China’s imposition of national security law upon Hong Kong. They reaffirmed their opposition to the use of force that could alter the status quo and increase tensions in the East and South China Seas, including continued militarisation of disputed features, dangerous or coercive use of coast guard vessels and maritime militia, and efforts to disrupt other countries’ resource exploitation activities. Indonesia and the Philippines joined in, calling on China to abide by the international arbitration court ruling.

Malaysia remains the only country that has declined to comment. This, despite a recent Malaysian government report stating that 89 incursions into Malaysia’s EEZ by Chinese ships had taken place between 2016 and 2019.

Meanwhile, the stage is set for Australia to join the next Malabar naval exercise, which is scheduled for the end of the year after delays caused by COVID-19. These exercises began in 1992 as a bilateral drill between the Indian and US navies in the Indian Ocean, with Japan permanently joining in 2015.Australia is the fourth member of this quadrilateral coalition, or QUAD.

During a hearing on US policy regarding China, US Deputy Secretary of State Steven Biegun said the four nations’ joint participation in Malabar would be ‘hugely beneficial to reinforcing the behaviours that are going to be necessary for us to defend our mutual interests’.