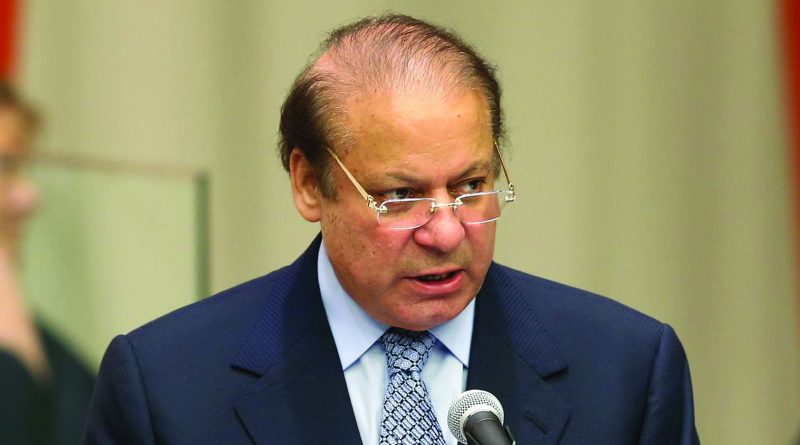 Trouble at the top

With the government battling graft and challenges to its authority, and a divided opposition facing wide scale corruption charges, Pakistan’s political classes are having a hard time of it. Rahimullah Yusufzai reports

Imran Khan’s government has stepped up efforts to bring his predecessor, Mian Nawaz Sharif,back from Britain to complete a prison sentence for corruption. But it will be no easy task.

Sharif, a three-time former premier, was allowed to go to the UK last November to receive medical treatment for a complicated coronary artery disease, though only under certain conditions. Mirza Shahzad Akbar, a lawyer working as an accountability adviser to Prime Minister Khan, maintained that Sharif was granted permission to leave Pakistan for treatment, provided he returned within a stipulated timeframe and submitted periodical medical reports to the court, and to the Punjab government, to update them about his health.

But the government claims that he has failed to meet any of these conditions. Now, its very public intent to force Nawaz Sharif’s return to complete his remaining jail term has triggered an intense war of words between the ruling Pakistan Tehreek-e-Insaf (PTI) and the main opposition Pakistan Muslim League-Nawaz (PML-N). Some of Imran Khan’s close aides, including the loud-mouthed Railways Minister Shaikh Rasheed Ahmad, said the prime minister was unhappy that Sharif had been allowed to leave the country at all; for while he ostensibly went purely for medical reasons, he has been pictured out and about in London, eating at restaurants and taking walks. Another federal minister, Fawad Chaudhry, demanded action against all those who issued ‘fake medical reports’ to enable Sharif’s trip to Britain, as his departure was a setback for the PTI government’s accountability process and had damaged its narrative of bringing to justice all those involved in cases of graft.

The PTI government believes Nawaz Sharif has yet to undergo the required medical treatment and is instead delaying his stay abroad to avoid being jailed again in Pakistan. It is holding his younger brother Shahbaz Sharif –currently president of the PML-N and a former chief minister of Pakistan’s biggest province, Punjab – responsible for ensuring that the former premier returns to Pakistan, since Shahbaz furnished guarantees that he would fulfil the conditions under which his brother was allowed to go abroad.

Initially, the Lahore High Court granted Nawaz Sharif leave to travel abroad for treatment on the recommendation of doctors, as he was very ill at the time. He even had to be flown in an air ambulance from Lahore to London. His spell in prison was blamed for his deteriorating health, with his family complaining that he was not receiving proper medical treatment. Though he was eventually shifted from the jail to a hospital in Lahore, his party and his family pursued the case for him getting specialist treatment in the UK. In March this year, his London-based sons, Hassan and Hussain, said he may even be flown to the US for advanced treatment, but that has not happened yet.

The UK has long been a favourite destination for out-of-power Pakistani politicians. They go there for medical treatment, to escape court trials, and to plan their return by making alliances against the ruling party with like-minded political parties. The term ‘London Plan’ is commonly used in Pakistan whenever opposition politicians gather in the city to plot their return to power.

In December 2018, Nawaz Sharif was jailed for seven years on corruption charges by an accountability court, after it ruled that he had been unable to prove the source of income that enabled him to own a steel mill in Saudi Arabia. The same court had, in July the same year,sentenced him to ten years for purchasing expensive apartments in London without providing the money trail.

It was corruption charges which, in July 2017, saw him ousted from power by the Supreme Court of Pakistan, disqualified from holding  public office and given a ten-year prison term. Although he had been sentenced in absentia, he took the bold step of returning to Pakistan from the UK, despite knowing that he would certainly land in jail.

At that time, the move enhanced his political image. But today he is risking his already damaged career by not returning to Pakistan after guaranteeing that he would, post-treatment.

Nawaz Sharif has always denied the charges against him, calling them politically motivated. He has blamed the powerful military and the judiciary for trying to end his political career by using the anti-graft National Accountability Bureau (NAB) to frame him on trumped up charges. For its part, the army has denied exerting influence on the judiciary and NAB to punish Sharif.

The NAB, headed by a former Supreme Court judge, Justice Javed Iqbal, has never been so active in its anti-accountability drive. The campaign is part of the tough anti-graft policy of Imran Khan, who built his political career on claims of a spotless past and pledging to fight corruption. Although some ruling PTI leaders are also facing corruption cases and have spent time in prison before getting bail, and even returning to the cabinet after being ousted, it is opposition politicians who bear the brunt. The PML-N and the PPP, currently led by Bilawal Bhutto Zardari, only son of the late Benazir Bhutto and former President Asif Ali Zardari, are a particular target of the NAB, primarily due to the fact that these two parties have been in power in recent years and faced charges of misusing power and indulging in corruption.

Almost all leading members of the Sharif and Zardari families are today facing corruption charges and waging legal battles to clear their names. Several politicians from other parties, as well as businessmen, retired government officers and others, are also in hot water. Judges are working overtime to decide these cases and lawyers are earning high fees representing their rich clients. In fact, political battles are now mostly being fought in the courts, with judges playing an unusually significant role in deciding petitions that deeply impact politics.

A term used often nowadays in Pakistan is National Reconciliation Ordinance (NRO), which was coined by military ruler General Pervez Musharraf in 2007 when he made an agreement with the PPP to end all cases, including those that were politically motivated, and let Benazir Bhutto return to Pakistan to rejoin politics. The NRO, which is used in the country to describe a ‘deal’, was criticised by Musharraf’s critics as a means to stay in power and reduce the space for his opponents to do politics. Prime Minister Imran Khan and his aides claim that the opposition parties are seeking an NRO so that corruption cases against them are dropped in return for offering support to the government in parliament, where it has a fragile majority. The opposition, meanwhile, maintains it neither needs nor seeks an NRO and is ready to face the cases in court.

From the look of things, it is unlikely that an NRO will be negotiated to make a grand deal to improve relations between the opposition and the government. The opposition is a divided house, even though Maulana Fazlur Rahman, the main Islamic leader heading the JUI-F, has spent the past two years trying to bring together all the anti-PTI parties on one platform to launch a protest movement to oust the government. Fed up with the non-cooperative attitude of the mainstream PML-N and PPP, he is now trying to form an alliance of the smaller Islamic, regional and nationalist parties to challenge the PTI government.

However, the government cannot be ousted unless the PML-N and the PPP are on board, as the remaining parties lack the political muscle and the street power to accomplish this difficult mission.