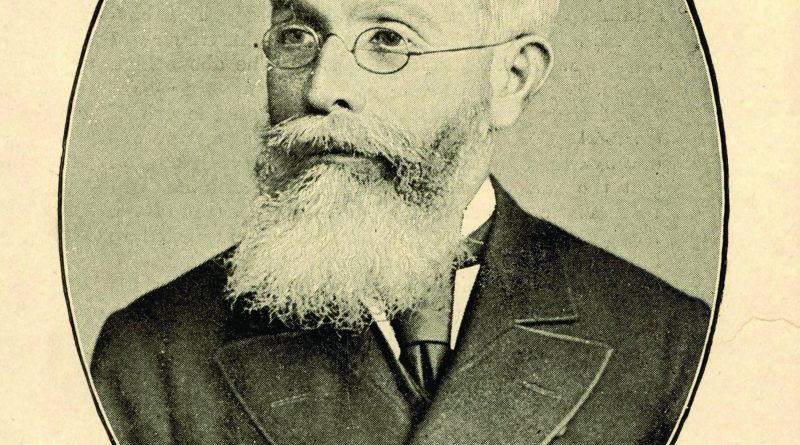 A united challenge to racism

In a new work on Dadabhai Naoroji, an Indian nationalist leader elected to the House of Commons in 1892, Dinyar Patel examines the 19th century British-Indian experience, and says today’s political campaigners should take inspiration from Naoroji’s more inclusive approach to anti-racist activism

When the statue of a slave trader was thrown into Bristol harbour by anti-racism protestors in June 2020, the event sent ripples around the world.

Black Lives Matter demonstrators tore down the statue of Edward Colston in Bristol city centre during a protest which highlighted some of the shameful aspects of Britain’s colonial past. But nearby, on Bristol’s College Green, stands another statue: a sculpture of Rammohun Roy, the early 19th century reformer who campaigned for Indian rights and against prejudicial Western attitudes.

As anti-racist protests continue in Europe and America, the two statues have an increasingly symbolic significance, demonstrating that racism and anti-racism have stood side-by-side in history and that tolerance has, on many occasions, triumphed over bigotry.

This is evident from the history of Indians in Britain, who have both benefited from and contributed towards a distinct anti-racist tradition. The experiences of Rammohun Roy and others like him show that this tradition, despite incredible odds, has been robust.

While there are records of an Indian presence in the British Isles as long ago as the early 1600s, it was only in the 19thcentury that a significant community developed. Indian students and professionals faced jarring paradoxes in Victorian Britain. Familiar with the clear colour bar in colonial India, where British prejudice seemed to be markedly racist, they were surprised to find people who lived in the UK much more friendly and welcoming towards them than they expected.

However, there were still grave challenges. Indians complained of terrible racism outside of cosmopolitan London. The letters they penned home spoke of culture shock, acute loneliness, and distinctly second-class treatment in some offices and universities.

From the 1860s onwards, Indians in Britain set up community organisations for mutual support and aid. A few of them reached beyond the community to establish wider support mechanisms.

Dadabhai Naoroji, the first Indian nationalist leader, was an important figure in this regard. Naoroji was a London resident for over four decades. He sided with Britons who were able to assist Indians against racist norms as well as colonialism in general.

The East India Association, a London political society which Naoroji established in 1866, brought together expatriate Indians with British Liberals and Irish leaders. Naoroji also befriended British social reformers, such as the founder of the nursing movement Florence Nightingale and Mary Carpenter, who was active in the anti-slavery movement and had visited India. Carpenter also helped socially deprived communities in Bristol, including immigrants.

Naoroji understood that racism was a political phenomenon and that it was intrinsically linked with the broader issue of colonialism. As he embarked on a career in public life, he sought alliances with progressive and anti-racist constituencies in Britain, such as the women’s suffrage movement and abolitionist organisations, which had helped end slavery in 1833. He also consolidated ties with other colonised or oppressed people, especially the Irish and West Indians.

In 1886, Naoroji launched an audacious campaign for the British Parliament. No Asian had sat in Westminster before except for D.O. Dyce Sombre, a Eurasian who had been disqualified for bribery in 1842. Naoroji’s campaign platform embraced Indian political rights, Irish home rule, and a breadth of progressive and anti-racist politics. He scolded Englishmen for their anti-Irish prejudice, saying: ‘You first debase them, and then give them a bad name, and then want to hang them.’ Simultaneously, he courted organised labour and socialists, winning friends for India near the British Empire’s seat of power.

Although he lost an election in 1886, he later went on to secure the Liberal Party nomination for Central Finsbury, a London constituency with a radical political streak. The subsequent campaign, which extended over four tortuously long years, was defined by racism and antiracism.

In November 1888, the Conservative prime minister, Lord Salisbury, ridiculed Naoroji as a ‘black man’ unworthy of election. Yet these unkind words actually helped Naoroji, creating a groundswell of sympathy and support amongst Britons who took offence at their prime minister’s utterance. One cartoon portrayed Salisbury as an uncouth ruffian attempting to dab black paint upon Naoroji’s spotless image.

More ugly incidents followed Lord Salisbury’s invective. Some Liberal leaders, including a few professedly progressive ones, looked askance at an Indian standing for Parliament. They deemed him a ‘carpet bagger’ and even a ‘nigger’.

Once more, this prompted a spirited anti-racist response. Workingmen demonstrated in Naoroji’s favour in Clerkenwell Green. Thousands of supportive letters streamed into his mailbox from Britons who decried racist attitudes and pledged their support for the goals of the newly established Indian National Congress.

In July 1892, Naoroji won the seat in the Central Finsbury constituency by just five votes. In the weeks before the election, British feminists and expatriate Indians had canvassed in his support and he also managed to win the backing of many Irish voters.

Naoroji’s campaign had been managed by a Welshman, R.M.H. Griffith, who had never visited India; nevertheless, Griffith’s name received rousing applause at the 1893 Congress session in Lahore due to his steadfast support of Britain’s first Indian MP. Cartoons in British newspapers now depicted Naoroji as a colossus straddling both India and the United Kingdom.

Although Naoroji’s parliamentary career ended in disappointment – MPs hurled racist attacks and ignored his pleas for Indian rights – other Indians stepped up to consolidate anti-racist alliances. They invited Africans to meetings of the London Indian Society. The Indian National Congress’ London office helped a Trinidadian, Henry Sylvester Williams, hold the first-ever Pan-African Conference in 1900, which included leaders such as W.E.B. Du Bois. Indian-Black political alliances would become a critical component of anti-imperialism in the 20th century.

However, anti-racist alliances had their limits. British socialists, for example, could support Indians whilst being virulently anti-Semitic. And Naoroji himself believed that Indians deserved to be treated better than the supposedly uncivilised ‘Hottentots’ of South Africa.

A lesson from history

Perhaps the best lesson that the British Indian experience from this period can teach today’s Black Lives Matter campaigners is that anti-racism is an ever-evolving, self-critical process. It requires humility and introspection in order to identify and then rectify inbuilt prejudices which have hitherto gone unnoticed.

Today, Indians constitute one of Britain’s wealthiest minorities. They figure prominently in Boris Johnson’s government. Rishi Sunak, Priti Patel, and others sit in the same chamber where Dadabhai Naoroji once spoke. But, amidst worldwide anti-racist protests and sharpening socio-economic divisions, British Indian leaders would be wise to remember that, not long ago, they were on the receiving end of terrible racism.

Others stepped in to help Rammohun Roy and Naoroji in their eras. Will British Indians honour this history by extending the hand of friendship to today’s refugees, immigrants, and vulnerable minorities?

Dinyar Patel is Assistant Professor of History at the S.P. Jain Institute of Management and Research in Mumbai. He is the author of Naoroji: Pioneer of Indian Nationalism (Harvard University Press and Harper Collins India, 2020)