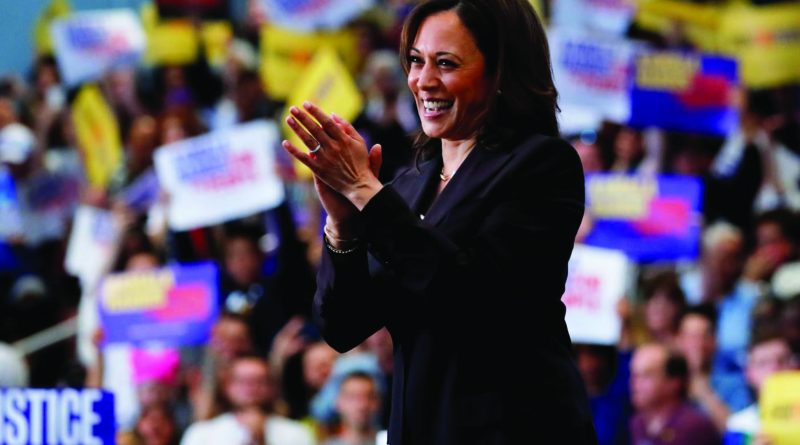 In the run-up to November’s US Presidential election,  G Parthasarathy  assesses the importance of the US-India relationship

The India-US relationship is often described as one between the world’s most populous democracy and its most powerful democracy. Both countries share common ideals, such as an abiding respect for democratic values and freedoms. They also share an enduring commitment to maintain and strengthen national unity, with due regard for their religious, ethnic, linguistic and racial diversity. These cherished freedoms, written into the Constitutions of the US and India, are respected and observed with pride by their people.

After India became independent in 1947, the India-US relationship remained cordial during the Cold War. This was followed, when the Cold War ended, by efforts on the part of both countries to build an important partnership, as India moved to a new era of economic liberalisation. India adopted new economic policies, while discarding earlier policies of state controls and protectionism. This increasing global economic engagement by India has been accompanied by the establishment of free trade areas across India’s neighbourhood in South and Southeast Asia. In the meantime, India’s trade and investment ties have grown rapidly with the US. Washington and New Delhi are now in the process of developing a growing strategic partnership across the entire Indo-Pacific Region. There is, therefore, naturally increasing interest within India in the forthcoming US presidential elections. Another reason for this is that a second-generation Indian immigrant, Ms Kamala Harris, has been nominated as the Vice-Presidential candidate for the Democratic Party.

In the initial years after independence, India found the Democrats to be more favourably disposed towards it than the conservative Republicans, who had doubts and suspicions about India’s policies of nonalignment during the years of the Cold War. But with the passage of time, successive Republican Presidents, commencing with Ronald Reagan, took a more relaxed view towards India. Indeed, in recent years Republican Presidents such as George Bush (Junior) have taken a more reasoned and rational approach to India’s foreign and domestic policies and its nuclear programme than some of their Democratic counterparts.  US nuclear sanctions on India, which were introduced by President Jimmy Carter, a ‘liberal’ Democrat, and widened by President Clinton, were duly ended by a Republican President, George Bush (Junior). There is now a broad national a consensus in the US, cutting across party lines, on the need to improve and expand relations with India.

The US was ecstatic in co-opting China as its ally against the Soviet Union, and also saw Beijing as an essential and valuable economic partner through the past three decades. That phase has now ended, with China using force to extend its maritime boundaries with its neighbours, who have enjoyed close ties with the US for decades. The countries which have been subject to coercive actions by China on their maritime frontiers include Japan, Taiwan, Vietnam, the Philippines, Indonesia, Malaysia and Brunei. It was President Obama’s Administration that initiated moves to develop a new ‘Indo-Pacific’ grouping – labelled the ‘Quad’ – comprising the US, Japan, Australia and India. This grouping seeks to promote maritime security across the Indian and Pacific Oceans, and to balance growing Chinese ambitions and power. India’s relations with the US should now be seen in this geopolitical context.

While Biden is presently leading by around 7-10 percent of votes in many national polls, the assessment in India is that, as in the last race for the presidency in 2016, the results will be much closer. One also has to recall that although Hillary Clinton led Trump by a margin of 3 per cent in the last polls, Trump won in the electoral college, with traditionally Democrat-supporting states like Michigan, Pennsylvania and Michigan voting for Trump. Today, President Donald Trump’s entire campaign, which is seen by academics and others as racist, polarising and divisive, nevertheless appears to be drawing increasing support.

While President Trump has been arbitrary and harsh on trade issues in relations with India, he has been friendly and cooperative in working with India as it is faces military challenges from an increasingly assertive and aggressive China. Like President Obama before him, President Trump had a very successful visit to India, and there are now many areas involving the balance of power in Asia where India and the US are building a healthy economic and security partnership. Sections of the Democratic Party initially felt it could appeal for votes to the Muslim community in the US by criticising India’s Constitutional Amendment on the status of Jammu and Kashmir and on immigration from neighbouring countries. But they soon had to change their tune in the face of criticism from the Indian Diaspora.

In fairness to Mr Biden, it must be acknowledged that, despite the strong reservations of many of his party colleagues, he did vote in favour of a landmark agreement, moved by the George Bush (Jnr) Administration, which ended American nuclear sanctions against India. The process of such American sanctions on nuclear issues had commenced earlier during the Carter Administration, which ended the supply of uranium fuel for power reactors supplied to India by America’s General Electric. India swiftly moved to obtain the nuclear fuel for its power reactors from France and Russia. Sanctions were again imposed by the Clinton Administration after India’s nuclear tests in May 1998, only to be ended when George Bush (Jnr) took over as President from Bill Clinton.

The Democratic Party’s campaign documents note: ‘No common global challenge can be solved without India and the United States working as responsible partners. A Biden Administration will also work with India to support a rules-based and stable Indo-Pacific region, in which no country, including China, is able to threaten its neighbors with impunity.’ In his address to the Indian Community on India’s Independence Day, August 15, Mr Biden stated: ‘My dream is that in 2020, the two closest nations in the world will be India and the United States.’  The reality is that the US and India have too much at stake now to allow irritants to come in the way of a harmonious relationship. And there is now growing bipartisan consensus in the US Congress for better relations with India.

G.Parthasarathy, a career Foreign Service Officer, is currently Chancellor of the Central University of Jammu and Visiting Professor at the Centre for Policy Research in New Delhi, as well as President of the India Habitat Foundation. He previously served as Ambassador of India to Myanmar, High Commissioner of India to Australia, Pakistan and Cyprus, and Spokesman of the Prime Minister’s Office