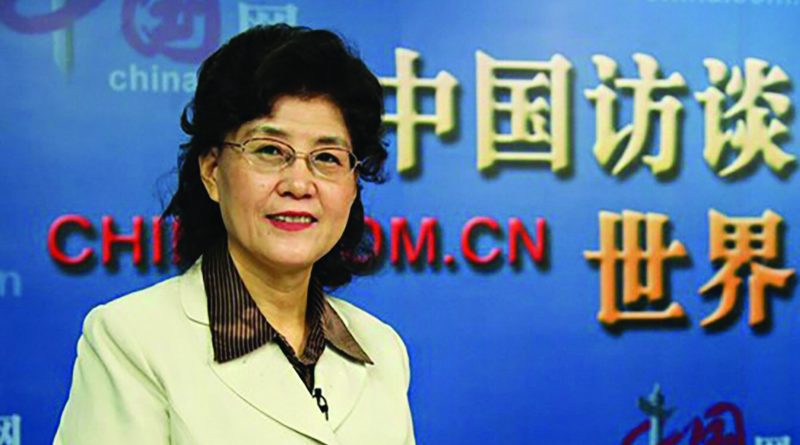 Keeping the wolf warrior from the door

Yvonne Gill assesses Xi Jinping’s growing aggression on both the domestic and foreign fronts, and the long-term costs for China and its people

China’s assertiveness seems to know no bounds. Domestically, the regime has stepped up its repression of the Uighur Muslim community in Xinjiang, enforced adraconian security law in Hong Kong, cracked down on dissidence within the Communist Party of China (CPC), imposed fresh curbs on internet and social media use, and dramatically increased surveillance of its citizens in the name of curbing the COVID-19 pandemic.

Abroad, even as the US ramps up its anti-China actions and rhetoric, the country has opened up several fronts with immediate and distant neighbours. Beijing has instigated the worst border flare-up with India, which has retaliated with economic measures, a ban on Chinese apps and contracts, and a massive mirror build-up of armed forces in Ladakh. Chinese actions have also led to escalated tensions with Vietnam and Malaysia in the South China Sea, and with Taiwan over its nightdrills in the Taiwan Strait. Japan, too, has warned China against intrusions into Japanese airspace and the maritime boundary in the East China Sea, where the disputed Senkaku/Diaoyu Islands are located. China has also picked a fight with Australia, one of its major trading partners, by threatening Australia with boycotts of wine, beef and barley, and prohibiting Chinese students from studying in Australian universities. In turn, Canberra has demanded a probe into the origin of the novel coronavirus in Wuhan, China, and has banned Huawei from its telecom network.

As international pressure against China’s intransigence grows, the country has adopted an aggressive policy of pushback, or ‘wolf warrior diplomacy’. The name derives from a Rambo-style Chinese film, ‘Wolf Warrior’, which became so popular it spawned two sequels. The films ends by displaying the cover of a Chinese passport bearing the text: ‘Citizens of the PRC: When you encounter danger in a foreign land, do not give up! Please remember, at your back stands a strong motherland. ’Parallels with America’s Superpower ego are clear.

China’s wolf warrior diplomats have been engaging in a vigorous cybercampaign to defend CPC interests and even issuing threats if countries don’t mend their ways in dealing with China. Traditionally, Chinese diplomatic practice had emphasised the avoidance of controversy and the use of cooperative rhetoric, following Deng Xiaoping’s dictum taoguang yanghui, meaning ‘maintain a low profile’. Conversely, wolf warrior diplomacy is combative, with its proponents loudly denouncing criticism of China on social media and in interviews.

Although in the aftermath of the COVID crisis Chinese diplomacy has become particularly strident, it has its roots in China’s growing economic clout and assertion of nationalistic pride at home. Its ascendency became more pronounced with the coming to power of Xi Jinpingin 2012. As President Xi acquired more powers in the 2018 CPC Congress to become the supreme leader for life, this was reflected in China’s militarist attitude towards its neighbours in particular, and foreign policy in general.

Xi Jinping has often advocated ‘a fighting spirit’ when addressing People’s Liberation Army (PLA) soldiers, party officials and diplomats. Clearly, he has been encouraging a more assertive style and instilling nationalistic fervour. This also helps him project a dynamic strongman image that sits well with the notion of a one-man Mao-style supreme leader who is the country’s saviour.

However, Beijing’s blatant belligerence is fast-tracking longstanding debates about the costs of relying on China for production of goods and as a supply chain powerhouse, and countries across the globe are teaming up against China. The US, Canada, India, Japan, Malaysia and Australia have all taken steps to reduce their economic exposure to China, and put in place measures to restrict foreign investment rules or shift manufacturing capabilities away from the Chinese mainland. The US has also imposed sanctions against large Chinese companies.

Moreover, efforts are afoot to build security alliances to contain China. India, Australia and Japan have signed new military logistics cooperation agreement, while the Quadrilateral Security Dialogue between Australia, India, Japan, and the US is growing stronger and even expanding with the Malabar naval exercises scheduled for November. A new ‘Indo-Pacific Coordination Group’ that involves weekly calls between these countries as well as New Zealand, South Korea and Vietnam has come up, and the US, Britain and France are determined to counter Chinese economic, technological and military ambitions. Many governments have praised Taiwan’s highly successful COVID-19 response and offered support for restoring its observer status in the World Health Assembly.

Global criticism of China’s handling of the coronavirus pandemic may have been the tipping point but the crisis at home is arguably the main driver propelling President Xi Jinping’s all-out ‘wolf warrior’ stance, which in the long run may do more harm to Chinese interests than browbeating foreign opponents.

Xi’s bid to consolidate power, doing away with the post-Mao collective leadership model, has resulted in growing dissidence within the CPC as well the wider society. Over the last few decades, along with an opening up of the economy that brought in massive foreign investment, leading to phenomenal growth, China had seen some increase in personal freedoms. But Xi’s quest for power has gradually reversed these small gains in personal freedoms. The party and the PLA have seen purges to ensure only Xi loyalists remain in key positions, while crackdowns on dissenting voices have been swift and brutal. Mass surveillance is the order of the day, with social media and the internet routinely sanitised of objectionable posts and other material critical of the party or its leadership.

Cai Xia, a former professor at China’s elite Central Party School, was expelled from the CPC after an audio recording in which she is heard describing Xi Jinping as a ‘mafia boss’ was leaked online. Cai, 68, lost her post-retirement benefits and has since been banished from China. In a vitriolic interview with The Guardian, she blamed Xi for ‘killing a party and a country’ and turning China into ‘an enemy’ of the world.

‘The Communist party of China has become a political zombie,’ she said, with‘ no ability to correct errors’.

Cai added that, given‘ domestic economic and social tensions, as well as those in the party’, Xi would‘ think of ways to divert the attention of the Chinese public, provoking conflict with other countries, for example encouraging anti-American sentiment and the recent clash between China and India’.

The coronavirus pandemic has led to a severe economic downturn, exceptionally high unemployment and spiralling food prices in face of shortages caused by import restrictions on Australian beef, barley and beer and soybean from America. China’s jobless rate is estimated to be 20 per cent as hordes of migrant workers who have lost their jobs in cities and industrial regions return to the suburbs and villages.

Then there has been widespread criticism of the way the pandemic was handled by the Chinese leadership. The death of a whistleblowing Chinese doctor, Li Wenliang, who was punished for trying to raise the alarm about coronavirus, sparked a wave of anger on Chinese social media. He died in February after he was infected while treating patients at the Wuhan central hospital where he worked.

Li had posted messages in late December about a mysterious virus that he feared could become the coronavirus epidemic. Not only was he detained by police in Wuhan on January 3 for ‘spreading false rumours’, but he was also forced to sign a ‘confession’ that he had breached the law and‘ seriously disrupted social order’.

The authorities in Wuhan had been supressing reports of the infection but it soon became apparentthis was serious. Xi himself had admitted on January 7 that the situation was under his personal command. But he did not make it public until January 20, allowing the virulent disease to spread worldwide.

A serious power struggle is going on in the CPC, though widespread corruption in the party provides a convenient handle for the leadership to intimidate dissenting lower and middle ranking members.

Meanwhile, the struggle at the top led by Premier Li Keqiangis rather nuanced. Alluding to the economic and job crises, Li has proposed the ‘internal circulation’ theory of creating demand internally and shifting away from too much dependence on exports. On June 1, he was in Yantai, a port city in Shandong Province, where he praised street-stall owners, calling the ‘street-stall economy’ an ‘important source of jobs’and ‘part of China’s vitality’. Earlier, Li had talked about the job creation capacity of street-stalls during a news conference in Beijing.

As if to rebut his ideas, the Beijing Daily – the official newspaper of the CPC’s Beijing Municipal Committee – published a commentary saying that street-stalls are ‘unhygienic and uncivilised’, and not suitable for the capital.  The article warned people not to be influenced ‘blindly by winds and trends’. The following day the state-run China Central Television followed suit.

Not surprisingly, it’s Xi all the way in China and few people outside the country have ever heard of Premier Li Keqiang. But, like all dictators, President Xi Jinping is lonely and fearful of toppling off his perilous perch at the head of the party and government. China and the Chinese people are paying the price for this fear.