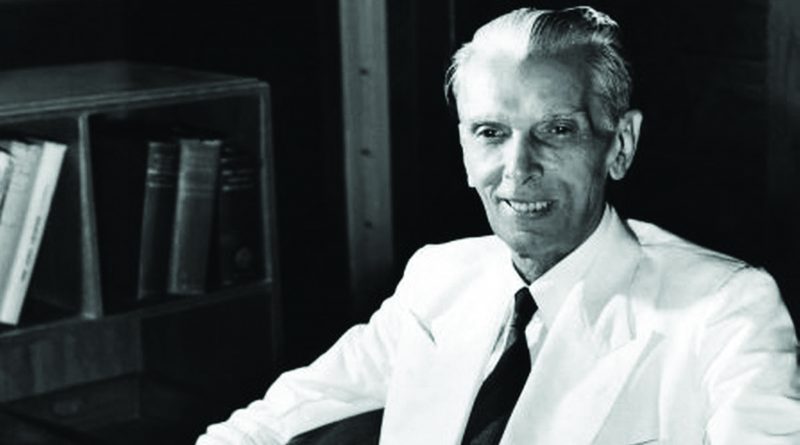 To mark the 72nd anniversary of the death of Pakistan’s founding father, Syed Badrul Ahsan looks back on Jinnah’s politics and their consequences for the subcontinent

Mohammad Ali Jinnah died a lonely man, sometime between his departure from Ziarat in Baluchistan and his arrival in Karachi on 11 September 1948. The old argument remains that, had he lived, Pakistan would be a truly democratic, perhaps even secular country. Unfortunately, it is an argument which misses some vital elements of Jinnah’s life and career. Observe.

The founder of the state of Pakistan started off in August 1947 as an almighty individual in the political scheme of things. He was governor general of the country, president of its constituent assembly and chief of what by then had become the ruling Muslim League. All authority was his. Neither the constituent assembly nor Prime Minister Liaquat Ali Khan mattered. But what surely matters is that the cult of personality, which we in the subcontinent have regularly excoriated, was over the years set in place by Jinnah. Once he passed from the scene, Pakistan went into a tailspin, a condition it has never been able to recover from.

There is little question that Jinnah was a modern, urbane man steeped in the liberal traditions of the West. It was these traditions he brought back home from England, ideals he thought he could safely see transplanted in his colonised India. The future was his and yet there came a time when he appeared to be carefully turning his back on that future. In his personal life, he had little time for small conversation. His legalistic mind consumed his moments, to a point where aesthetics and literature could not quite give his personality the roundness that they gave Jawaharlal Nehru and Maulana Abul Kalam Azad. He cheerfully married a Parsi woman but would not countenance the marriage of his daughter with a Parsi man.

There are reasons to think that the urbane Jinnah quickly mutated into a haughty Jinnah as his disagreements with the Congress exacerbated. He encouraged his Muslim League followers to paint Dr Khan Sahib and Badshah Khan of the North-West Frontier as heretics or closet Hindus, standing in the way of Muslim self-determination. His contempt for the scholarly Abul Kalam Azad did not become a man of his background. One time, at a meeting with Congress leaders, he shook hands with Gandhi and Nehru but refused to show the same gesture to Azad. Jinnah ought not to have been petty, but pettiness it was when he issued a niggardly statement on the death of Mahatma Gandhi in January 1948.

Pakistan’s founding father demonstrated little patience over the unsettled issue of Kashmir. In October 1947, he and with him the rabid Muslim Leaguer Khan Abdul Qayyum Khan of the NWFP sent regular Pakistani soldiers, dressed as tribals, into Kashmir on a mission they thought would end up with the disputed territory falling into Pakistan’s lap. That move was to create, much like Zionism in Palestine, a problem that has continued to evade a solution for the past seven decades.

In 1946, Jinnah tinkered with the Lahore Resolution adopted by the All-India Muslim League in March 1940. He had the operative phrase ‘independent states’ in the resolution quietly changed to ‘independent state’ and then explained away ‘states’ as having been a typing error. The ramifications of such action would be huge. And huge too would be the consequences of his decision to call a Direct Action Day on 16 August 1946. The Muslim League did not explain at whom or what the agitation was aimed. And when tens of thousands of Muslims and Hindus perished in communal riots first set off in Calcutta on the day and spread to Noakhali and other places, Jinnah showed no inclination towards travelling down to the riot-affected areas and offering commiseration to a shell-shocked India. All this while Gandhi and Nehru were spending sleepless days and nights trying to restore a semblance of normalcy to collective life.

In the years leading up to the partition of the country in 1947, Jinnah and his acolytes went around presenting the case for Muslims being a nation, as opposed to a religious community, and therefore deserving a separate country. But a few days before the emergence of Pakistan, he told the fledgling country’s constituent assembly that all religious communities were free to practise their faiths and the state had nothing to do with that. Pakistan, the argument went, was for everyone, irrespective of caste, creed or colour. That was a contradiction, similar to his sense of horror when he was informed that the Punjab and Bengal would be partitioned along communal lines. Punjabis and Bengalis, Jinnahargued, had common legacies that could not be sundered. He was willing to have India sliced into two across a Hindu-Muslim divide, but was uncomfortable when the same standard was applied to a division of the provinces.

In August-September 1947, as Hindus and Sikhs left Pakistan for India and Muslims made their way to Pakistan, with tens of thousands from these three communities perishing in murder and mayhem along the way, Jinnah took a helicopter ride and surveyed the unprecedented migration from above. For the first time in his life (and this we have from a renowned Indian journalist, who came by the information from the activist widow of the late, equally well-known Pakistani journalist Mazhar Ali Khan), Jinnah realised the enormity of what had happened. ‘What have I done?’ he asked. No one answered him.

Jinnah, as the late Justice Abdur Rahman Chowdhury once said, had little understanding of Bengali culture. When, during his visit to Dhaka in March 1948, a group of Bengali students (Chowdhury among them) visited him to stress the importance of Bengali as the state language of Pakistan, Jinnah wanted to know if Bengal had any prominent cultural and literary personalities it could take pride in. It then becomes easy to understand why he said what he said at Curzon Hall on that same visit.

A reassessment of Jinnah becomes necessary in those parts of the subcontinent he cobbled into the state of Pakistan. East Pakistan, of course, went its own way as secular Bangladesh in 1971. Those areas that remain as Pakistan today battle, in quotidian fashion, the murderous Taliban, the sinister Inter-Services Intelligence, the impunity of American drone attacks on the country and a politics which has remained in the firm grip of Pakistan’s feudal classes and its military. Meanwhile, armed guerrilla groups keep up their struggle for a free Baluchistan.