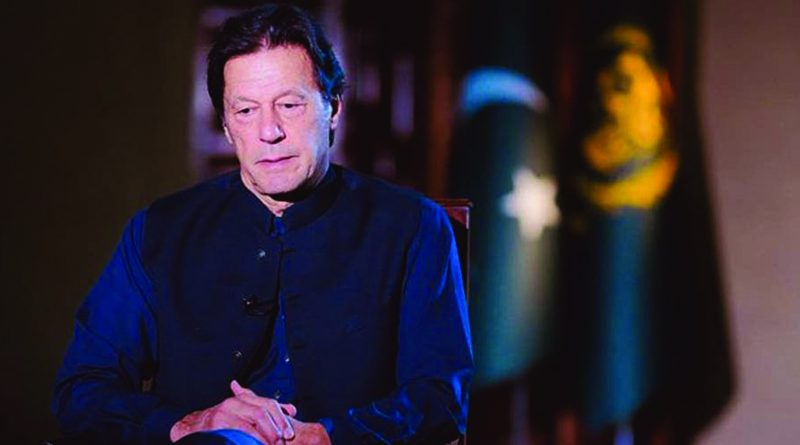 A significant point not yet adequately made by political commentators on South and West Asia is that Pakistan’s current tussle with Saudi Arabia over convening a conference to discuss Kashmir has further exposed Islamabad’s isolation, not just from the Muslim world, but also the wider global community.

In a September 3 interview with Al Jazeera TV, Prime Minister Imran Khan, in his fifth clarification in 15 days, insisted that it was ‘not frustration’, in response to the interviewer asking if it was ‘because of this anger and frustration that Foreign Minister Shah Mehmood Qureshi spoke against the Organisation of Islamic Cooperation (OIC)’, a move that has angered the Saudis.

Pakistan observers believe that Qureshi’s outburst against Riyadh has already cost Islamabad dear, and that the minister’s political future may be forfeit at some stage as a face-saver for Pakistan.

Putting the current Pakistan-Saudi tussle in the larger perspective of the two countries’ long-term relationship, Husain Haqqani, a former Pakistani envoy to the US who now heads a Washington think tank, writes: ‘The Saudis do not look kindly upon ultimatums and will be especially offended when it comes from a country that has frequently sought economic bailouts from the Kingdom.

‘From helping pay for Pakistan’s first batch of F-16 fighter aircraft in the 1980s to the $6 billion loan that helped Pakistan tide over its balance of payments crisis just two years ago, the Saudis have stood by Pakistan in times of need.’

Haqqani points out that Saudi Arabia ‘is also a significant employer of expatriate Pakistani labour and a major source of remittances’.

Hinting at close ties that Khan does not enjoy with Saudi royalty, but which his political rivals – Nawaz Sharif and the Bhutto-Zardaris – do, Haqqani writes: ‘Pakistan seems to be having difficulty with understanding some fundamental realities of international relations. The traditional bond between the two countries led current Saudi Minister of State for Foreign Affairs Adel al Jubeir to remark in 2007 (according to a leaked WikiLeaks cable) that ‘we in Saudi Arabia are not observers in Pakistan, we are participants’.

Small wonder then, that Riyadh is angry with Islamabad for trying to switch horses and align with rival Turkey to desperately push the Kashmir card.

But apart from Turkey, whose President Tayip Recep Erdogan wants to back Pakistan to spite Saudi Arabia and emerge as the predominant leader of the Muslim Ummah (and to save Turkey), none of the Muslim world has supported Pakistan’s stance.

Indeed, everyone seems to be clear about the worthlessness of Islamabad’s Kashmir campaign against India and, in order to push it, the folly of angering Riyadh, which dominates the OIC.

Even Malaysia is quiet, now that Mahathir Mohamad is out of power. The new government has different perceptions from the previous one and it is concerned, as Pakistan Prime Minister Imran Khan keeps insinuating, about trade ties with India, the largest buyer of Malaysian palm oil, one of Malaysia’s principal exports.

As for the non-Muslim community, US Democratic Party candidate Joe Biden has moved away from his earlier position on Kashmir and has shown alacrity in wooing Indian votes. This is helped by his running mate being the partly-Indian Kamala Harris.

The European Union is quiet on Kashmir and the opposition Labour Party line in Britain has faced serious internal differences, especially among influential British Indian voters. As for the UK’s powerful Mirpuri lobby, it remains unsure.

Left with no alternative, Khan is pushing his country’s traditional line on Kashmir, despite its failure, telling Al Jazeera that ‘Pakistan had knocked on all doors’ and will continue to do so.

This was followed by another traditional standpoint – holding the gun to one’s temple and threatening the world with Pakistan’s status as a nuclear power. ‘If this (Kashmir dispute) escalates and if it breaks into a conflict between India and Pakistan, it will have implications for the rest of the world.’

The third, also not so new, stance is blaming the failure to back Pakistan over Kashmir on the various nations’ trade interests with India. Both Khan and Qureshi have in the recent past accused the world community, even fellow Islamic countries such as the UAE and Qatar, of putting trade with India before the Kashmir campaign. Indeed, Islamabad was livid when the Saudis signed a $15 billion pact to set up an oil refinery in India.

Khan reiterated that the reason why certain parts of the world are not responding as he feels they should on the issue is because they are worried about their own commercial interests. ‘They look upon India as a huge market, and so they are willing to ignore this huge travesty of justice taking place [in the valley].’

Haqqani explains this point best when he writes that, while Pakistan-Saudi trade is ‘a meagre $3.6 billion, Saudi trade with India has risen to $27 billion and is expanding further’.

The Saudis ‘look at Pakistan as a recipient of their assistance, including direct budget support, oil supplied on deferred payment basis, and several hundred thousand jobs for unskilled workers’, while, by contrast, ‘for them India is a major trading partner’.

Given that ‘asymmetric reality’, Haqqani says that ‘successive Pakistani governments have acted humbly with the Kingdom’s leadership. But humility or gratitude run contrary to the core narrative of Prime Minister Imran Khan’s populist government.’

The message to Khan and his country is clear: you do not look a gift horse in the mouth.

Javed Rafiq is a freelance journalist based in Peshawar