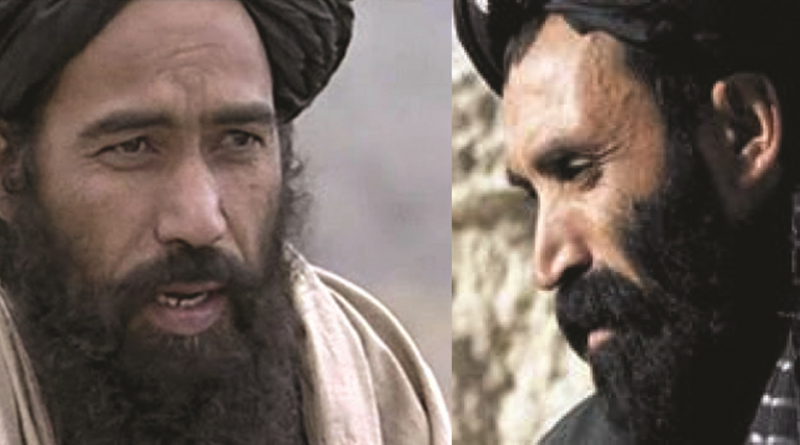 As negotiations continue between the Afghan government and the Taliban, Sudha Ramachandran explores what lies behind the group’s recent modifications to its hierarchy

In May this year, the Taliban’s Rahbari Shura (leadership council) appointed Mullah Mohammad Yaqoob, deputy to its current leader Mullah Haibatullah Akhunkzada, as head of its military commission. Yaqoob replaced Ibrahim Sadr, who has been appointed his deputy.

Yaqoob’s promotion to military chief was not so much the result of any strategic skills or fighting prowess he has shown on the battlefield – his accomplishments in this regard are rather thin as he is based in Pakistan and not active on the ground in Afghanistan – but because of his bloodline. As the eldest son of the Taliban’s late founder Mullah Mohammed Omar, Yaqoob enjoys immense prestige within the group and wields enormous influence over its rank-and-file.

This, then, is the motivation behind the Rahbari Shura’s appointment of Yaqoob as its military chief: to ensure that Taliban fighters unite behind any decision that the leadership takes in the ongoing peace talks with the Afghan government in Doha, Qatar.

Yaqoob is certainly a unifying figure, and always has been. In 2015, the Taliban’s then chief Mullah Akhtar Mansour, who was facing challenges to his leadership on multiple fronts, inducted Yaqoob into the Rahbari Shura. The move was aimed at bringing together the various factions of the Taliban and adding prestige to the Rahbari Shura. A year later, Akhundzada made Yaqoob his deputy for the same reason.

As important as Yaqoob’s promotion is the demotion of Sadr. Reported to have played a major role in crafting the Taliban’s military strategy against US forces over the past 18 years, Sadr was appointed chief of the military commission in 2014. It was under his leadership that the Taliban began to score major military victories and take control over vast swathes of Afghan territory. Indeed, analysts have drawn attention to the significant role that Sadr has played in forcing the US military out of Afghanistan. Furthermore, he is known to have developed strong ties with the Iranians over the years.

Why, then, has the Taliban demoted a leader who has contributed to the strong position it is in today? Some analysts have attributed Sadr’s demotion to this close relationship he has fostered with Iran. It is well-known that the US and Pakistan have been pushing the Taliban leadership to sever ties with Tehran and, in this context, it is possible that the Taliban demoted Sadr to appease its backers in Pakistan.

However, a more likely reason for Sadr’s demotion is the fact that he is a military hardliner, said to be strongly opposed to power-sharing, compromise or negotiations with the Afghan government. At a time when the Rahbari Shura is attempting to come to power in Kabul via negotiations, it seems probable that it does not want an anti-talks person like Sadr heading its military commission.

The Taliban leadership, say Taliban watchers, is aware that, while military operations helped it gain territory and have provided it with the leverage it currently enjoys at the negotiating table, it is also mindful of the fact that it is only through a negotiated settlement that it can come to power in Kabul. Hence, it is keen on the talks proceeding without disruptions at this point, and anxious to ensure that any settlement it reaches will not be challenged by spoilers among its ranks.

An important point to note in the recent reshuffle within the Taliban military commission is that Yaqoob’s promotion has not resulted in any dilution of Sadr’s powers and military relevance on the ground. While Yaqoob carries the title of military chief and sits in Pakistan, it is Sadr who holds the reins, operating as he is inside Afghanistan. In effect, whatever his title, it is Sadr who calls the shots militarily on the ground in Afghanistan.

The May reshuffle in the military commission thus serves a dual purpose for the Taliban. On the one hand, Yaqoob’s appointment strengthens unity in its ranks, should it reach a settlement through negotiations. On the other, if the talks do not go its way or it does not gain the kind of power to which it aspires, Sadr remaining in the saddle as de facto military chief will keep alive its fighting capabilities.

According to some reports, Sadr has split with the Taliban and, along with other anti-talks leaders, is leading a faction based in Iran to fight those members who are pro-talks. But Afghan journalists refute such claims: apparently Sadr is still very much a part of the Taliban and active in Afghanistan. It is likely that he and other commanders will keep pressurising the Afghan government during the talks by stepping up violence and carrying out attacks from time to time.

While Yaqoob will give the Taliban’s military commission a moderate image as the talks proceed, Sadr will maintain military pressure, pushing the Afghan government to concede to its demands at the negotiations.

It is inevitable that, as the talks progress, the peace process will come under increasing pressure from an array of vested interests that would like to see Afghanistan go back to war. These include sections within the Afghan government and the Taliban who are opposed to reconciliation, the Islamic State of Khorasan Province (ISIS’ Afghan affiliate), regional and global powers, as well as arms and narcotics traders who benefited enormously from the fighting.

Inevitable, too, is that there will be attempts to derail the talks. Three days before the start of the talks in Doha, an attempt was made on the life of Amrullah Saleh, Afghanistan’s first vice-president and a strong opponent of the Taliban. More such attacks can be expected, with the aim of discrediting the negotiations.

Ibrahim Sadr may have agreed to go along with the peace talks for now, but he may run out of patience in the coming months. Whether it will ultimately be Yaqoob’s bloodline or Sadr’s military expertise that will matter to the Taliban rank-and-file remains to be seen.