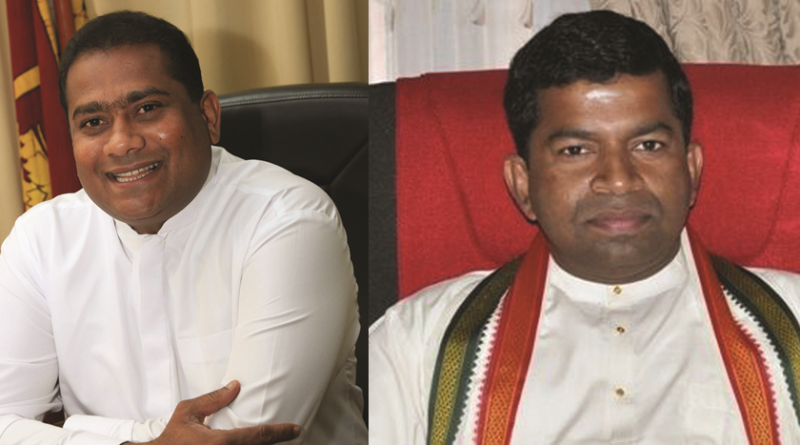 Unlike its giant neighbour India, Sri Lanka is just a tiny dot in the Indian Ocean. Yet it has left a mark on the world political map that cannot be easily discounted. Sixty years ago, when western democracies had long experienced elected leaders and some colonial territories were still struggling to be born, Sri Lanka voted in the world’s first woman prime minister, Sirima Ratwatte Dias Bandaranaike.

She was new to politics, succeeding her prime minister husband Solomon Dias Bandaranaike, who was assassinated in September 1959 by a Buddhist monk who should have been preaching non-violence. Over the years she was elected premier three times.

In later years, Sirima’s Paris and London-educated second daughter Chandrika also became prime minister before serving two terms as Sri Lanka’s first woman head of state. Arguably this was the world’s first political family, producing three democratically elected prime ministers and a president, not to mention only son Anura, who was the Speaker of parliament and a cabinet minister several times.

Even at the height of the Cold War, Ceylon took pride in the contributions it made to international discourse and at the United Nations. Yet if today it makes headlines in the world’s media, it is for far less benign and credible reasons, sometimes bordering on the darkly comic.

Last month Sri Lanka shocked the world with what appears to be another world first. A convicted murderer in remand custody, awaiting an appeal against his sentence, was sworn in as a member of parliament. Premalal Jayasekara took his seat on September 8 amidst heckling and jeers by opposition members draped in black shawls as a sign of mourning. Some walked out of the chamber in protest at what they deemed the desecration of parliament, one of the three pillars of democracy.

Since the day Jayasekara, an MP from the district of Ratnapura, took his oaths before the Speaker, he has been given a ride, escorted by prison guards, from prison to parliament and back whenever the legislature sits.

Strangely, he is not the only MP to travel between parliament and prison. Jail is the current home of another elected parliamentarian. When the country’s Ninth Parliament held its inaugural session on August 20,Sivanesathurai Chandrakanthan, a former commander of the rebel separatist LTTE, who became a supporter of President Mahinda Rajapaksa’s government in the last years of the anti-terrorist war, was in remand custody in a prison in Batticaloa for the murder of Joseph Pararajasingham, an MP from the rival Tamil National Alliance (TNA).Chandrakanthan, alias Pillayan,is appealing against the charge of his alleged involvement in the MP’s murder at Christmas mass in 2005.

Few other countries can boast of a convicted law-breaker doubling as an elected law-maker. Yet Sri Lanka has two such men (albeit appealing against their sentences)ready to vote for the newly-elected Gotabaya Rajapaksa government desirous of a two-thirds majority in parliament.

In a hard-hitting editorial headlined ‘Getting away with murder’, the respected Sunday Times wrote, regarding the Premalal Jayasekara case, that ‘the issue here is not legal or constitutional, but a moral and political one. The MP was best asked to wait and see if he gets acquitted in appeal even if it takes some time. The former Army commander (Sarath Fonseka), now MP, has referred to his own disqualification to sit as an MP after a conviction by a court of law. He was an Opposition MP then.

‘It seems you can get away with murder these days – but only provided you are from the ruling party, and you have that “overwhelming mandate” of the people.’

Yet this is only the sub-plot in Sri Lanka’s unfolding political drama, with what seems a brick-by-brick dismantling of the country’s democratic structure. It began with a pledge by presidential candidate Gotabaya Rajapaksa to bring constitutional change if he was elected last November.

Not only did he win with a substantial majority but the Sri Lanka People’s Front (SLPP), led by his brother, former president Mahinda Rajapaksa, swept the parliamentary elections in August with a near two-thirds majority. The Rajapaksas had appealed to the voters for such a majority so they could make constitutional changes that would install them firmly in power.

These constitutional changes were aimed at repealing the 19thAmendment (19A) introduced by the previous government of President Maithripala Sirisena and Prime Minister Ranil Wickremesinghe, which slashed the powers of the president and enhanced the powers of parliament and the prime minister, among others.

When Gotabaya Rajapaksa, as president. dissolved parliament at the first available opportunity in early March he had to act according to the 19thAmendment,however much he might have detested its curbs on his presidential powers. What irked the Rajapaksas – and understandably so – was that they saw the Sirisena-Wickremesinghe engineered 19th Amendment partly as a constitutional weapon to stifle their dynastic political journey.

True, there are clauses in 19A that enhanced democratic governance, increased accountability and transparency and strengthened the powers of parliament. But to the Rajapaksas, its main intention was to stultify the family’s political future.

So, 19A had to go. But the SLPP made the error of turning the 20th Amendment (20A) which replaced it into more than a means of eliminating the pernicious and personal aspects of 19A,as it eradicated even those that are beneficial to the public and strengthen democratic institutions.

Two new clauses in 20A illustrate the point. Under 19A, the President’s nominees for chief justice, judges of the Supreme Court, chairman and justices of the Court of Appeal and members of the Judicial Service Commission had to be approved by the Constitutional Council. But under 20A, the Constitutional Council is abolished and the President is the sole authority for making such appointments, giving him a stranglehold on the judiciary and provoking fears that judicial independence will be in jeopardy. In addition, 20A restores full legal immunity to the President, removing the provisions made in 19A to take legal action against him – for instance, vis-à-vis fundamental rights violations.

Halfway during their term, Sirisena and Wickremesinghe had clashed over power-sharing and the president’s inability to wield power as previous presidents had done. By conceding power to parliament and the prime minister, Sirisena thought he would be accepted at home and abroad as a true democrat.

But Sirisena and Wickremesinghe being at each other’s throats only helped the Rajapaksas strengthen their case that the 19thAmendment was anathema to good governance, security and Sri Lanka’s sovereignty.

However, several civil society and professional organisations – including nine media associations, a retired judges association, the audit services association, human rights bodies and others – protested at the government’s unrelenting decision not to make an iota of change to the draft 20thAmendment.

The government, meanwhile, argued that several clauses in 20A are drawn from the existing constitution and have been reproduced in toto. Still, what many critics fear is retired military officer Gotabaya Rajapaksa’s sweeping appointments, since he came to power, of retired military personnel to key civil posts in the administration, displacing senior civil servants.

Yet for a technocrat, a man of action and a quick decision-maker, the wheels of the administration not only move too slowly, they barely seem to grind at all. Gotabaya’s intention is to dump the old style of governance and replace it with a more efficient, military-style way of running the country which would not be agreeable to all those accustomed to civil governance.

This might well streamline the wheels of administration and make the civil service function more smoothly. But the rub is the economy. This has taken a battering, with tourism seriously affected since the Easter Sunday terrorist attacks in 2019, followed by the coronavirus pandemic that saw tens of thousands of Sri Lankans working in the Gulf states and elsewhere losing their jobs, resulting in foreign remittances, a major source of revenue for the country, virtually drying up.

Besides, debt servicing remains an acute problem, with almost US$3b due by the end of December, mainly to China (as well as India), which Sri Lanka has been dependent on for many years now.

The Gotabaya Rajapaksa government will be facing a large balance of payments (BoP) deficit, which will lead to an erosion of the country’s foreign reserves. The government’s first budget next month will indicate which way the country is heading and whether the mantra of the proposed new constitution, planned for next year, will serve as a palliative to his new approach to economic recovery.