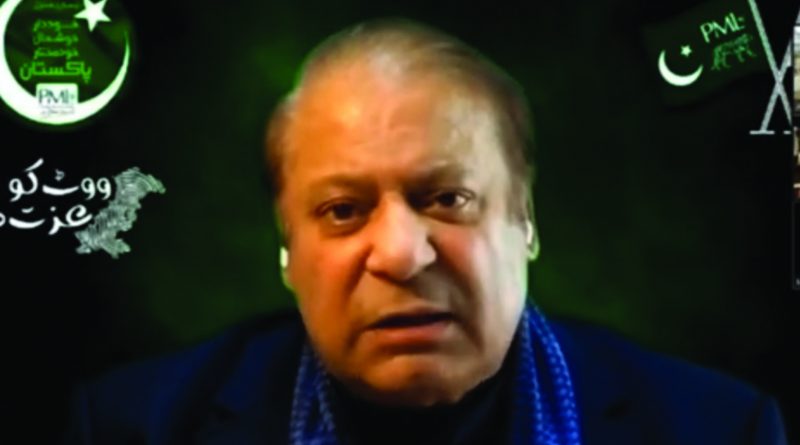 Opposition parties have forged an alliance as they continue their long struggle to bring down Imran Khan’s government. Rahimullah Yusufzai  follows their progress

The battlelines have been drawn in Pakistan’s confrontational politics as the opposition leaders have come together to challenge the government of Prime Minister Imran Khan.

After months of efforts, 11 opposition parties formed an alliance on September 21 to start a protest movement to topple the Pakistan Tehreek-e-Insaf (PTI) administration and pave the way for a fresh general election.

The alliance, Pakistan Democratic Movement (PDM), was announced at an all-party conference convened by the PPP, the party of former President Asif Ali Zardari and late Prime Minister Benazir Bhutto. Their only son, Bilawal Bhutto Zardari, as its chairperson, was the host of the well-attended and much-anticipated event in Islamabad.

An action plan made public after the day-long conference gave details of the protest movement that is to be launched with public meetings against the government in October. Plans are afoot to extend the campaign by December, when big protest rallies will be staged, culminating in a ‘long march’ on Islamabad in January next year to force the government to resign. The opposition parties have made it clear they want to accomplish their mission before the Senate election in March 2021, when the ruling PTI will get an opportunity to increase its strength in the Senate and start dominating the parliament.

However, it remains to be seen if the provincial assembly of Sindh, where the PPP is in power, will be dissolved as outlined in the action plan, because the party’s law-makers are reluctant to resign before completing their five-year term. Likewise, the opposition legislators in the National Assembly and three other provincial assemblies are unlikely to resign their seats. Implementing the 26-point action plan is going to be a challenge in view of the differences in rank of the opposition parties.

The highlight of the conference was an online speech by former Prime Minister Nawaz Sharif, who has been in the UK since November last year after being granted permission by a court to seek treatment for his complicated heart disease. Looking healthy, he appeared far from a seriously ill person in need of urgent medical treatment.

In his hard-hitting speech, Sharif argued that the democratic struggle was not against Imran Khan. He had simply been imposed on the country by the military-led establishment, which was the real cause of undemocratic and illegal governments in Pakistan.

This was Nawaz Sharif’s first public speech in nearly two years, and it was keenly awaited. He claimed the last general election was massively rigged and the mandate of the people was stolen. His younger brother Shahbaz Sharif, who attended the conference in Islamabad and is leading the PML-N in Nawaz Sharif’s absence, made a less aggressive speech. Former President Asif Ali Zardari, his son Bilawal, Maulana Fazlur Rahman and other opposition leaders also offered scathing criticisms of Imran Khan, the PTI government and those allegedly keeping it in power.

Subsequently, the powerful Pakistani military asked the opposition politicians not to drag it into politics as this could create chaos. The military made the move after leaders from the 11 major and small opposition parties during the all-parties conference accused it of meddling in politics, overseeing the rigging of the July 2018 general election in favour of Imran Khan’s PTI. The opposition leaders repeatedly blamed the military-led establishment for paving the way for an incompetent cricketer-turned-politician to become the premier and form an incapable government unable to revive the economy, provide security to the people, keep friendly relations with Pakistan’s old friends such as Saudi Arabia, and complete the $62 billion Chinese-funded China Pakistan Economic Corridor (CPEC).

Government officials and opposition figures confirmed to the media that Army chief General Qamar Javed Bajwa and Inter-Services Intelligence (ISI) head Lt Gen Faiz Hameed met key opposition parliamentary leaders before their multi-party conference to counsel them not to drag the military into political issues. However, the advice went unheeded as the opposition leaders, from deposed Prime Minister Nawaz Sharif to Zardari to Bilawal, accused the military of running a parallel government. Maulana Fazlur Rahman, head of the country’s biggest Islamic party, JUI-F, and the army’s harshest critic, did not attend the meeting with the army high command and instead sent his son Asad Mahmood, a Member of the National Assembly, in his place.

For the last two years after the general election, in which his party fared poorly, Fazlur Rahman had been trying to unite the opposition to challenge the government, but the two major parties, PML-N and PPP, were unwilling to launch a movement to oust the Prime Minister. Despite the fact that his party is smaller in terms of representation in the parliament compared to the PML-N, PPP and others, Fazlur Rahman played a key role at the all-parties conference and pushed the other parties to start the protest by staging rallies and asking their law-makers to resign from the assemblies.

The direct criticism of the military high command by the opposition parties generated controversy and prompted it to defend itself. In the past, this was rare, but opposition politicians, more so the Islamists and Pakhtun and Baloch nationalists, have increasingly become critical of the military. Politicians like Maulana Fazlur Rahman have no real stakes in the existing political dispensation as they lost the last polls, but the bigger parties, PML-N and PPP, are adequately represented in the assemblies and cannot afford to torpedo the system of government and challenge the powerful military head-on.

The government felt assured that the opposition parties, particularly the PML-N and PPP, would not be able to unite to launch a protest movement against it. Now that it has happened, the ruling PTI is hoping the alliance will collapse in due course. The government has also taken steps to paralyse the protest campaign by using the anti-graft body, National Accountability Bureau (NAB), to serve notices on Maulana Fazlur Rahman and other important opposition figures to explain how they accumulated assets beyond their known sources of income. The Maulana angrily denied the allegation and termed NAB’s move as political victimisation aimed at arresting him and putting him out of action.

Meanwhile, the government has expedited its efforts to seek the extradition of Nawaz Sharif from the UK after the Islamabad High Court issued non-bailable warrants for his arrest for failing to appear before the court. He was declared an absconder. Through the foreign ministry, Imran Khan’s government sought the cooperation of the British government to send Sharif to Pakistan to face trial and complete the remainder of his seven-year jail term for corruption. Nawaz Sharif responded by saying he will return as soon as his treatment is complete.

However, the Islamabad High Court observed that Sharif was neither admitted to any hospital in the UK nor underwent surgery as planned. The government has also asked Interpol to help arrest Sharif’s sons, Hussain and Hasan, and send them back to Pakistan, as they too are wanted by the police on corruption charges. Prime Minister Imran Khan has conceded it was a mistake to allow Nawaz Sharif to leave Pakistan as he never had any intention of returning home, despite his conviction and jail sentence.