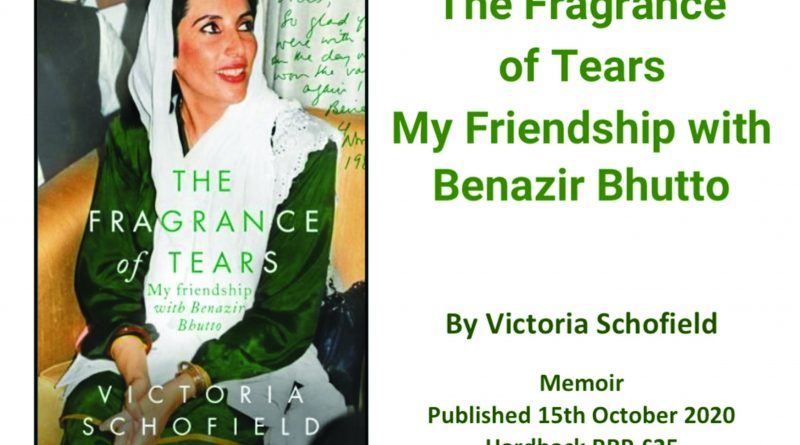 At a recent webinar, historian Victoria Schofield discussed her new book on Benazir Bhutto, which offers intriguing insights into this remarkable woman and her country.  Loveena Tandon attended the event

‘My whole interest in South Asia is because of Benazir Bhutto.’

So said Victoria Schofield, a historian and commentator on international affairs, as she discussed her latest book, The Fragrance of Tears: My Friendship with Benazir Bhutto, at an October 3 webinar entitled ‘Benazir Bhutto and my enduring relationship with Pakistan’. The event, held at the Royal Society for Asian Affairs, was moderated by the Society’s Chief Executive, Michael Ryder.

Based on Bhutto’s letters and diaries written throughout her life, The Fragrance of Tears offers first-hand insights into her evolution from young Oxford graduate to passionate political activist, prisoner and politician, against the backdrop of an increasingly volatile region. Although primarily written as a memoir, with all the intimate flavour that entails, the book also provides sensitive insights into the complexities of South Asian politics.

As she talked about her 33-year friendship with Bhutto, her Oxford contemporary, Schofield revealed that Benazir, born into an influential Pakistani family that has dominated the centre-left Pakistan People’s Party since its formation in 1967, never actually wanted to get involved in politics. Although she ended up serving as Prime Minister of Pakistan, becoming the first woman to head a democratic government in a largely Muslim nation, she initially had other career plans.

‘Benazir herself didn’t want to get into politics,’ recalled Schofield. ‘She was 25 years old when her father was executed. Famously, before she left Oxford when she was 24, she did an interview which was entitled “No politics for the premier’s daughter who became president” [alluding to her presidency of the Oxford Union]. She wanted to go into Pakistan’s foreign service, but again, when there is a void, when there is a political void, there is this sort of brand of the family…there was this huge expectation that she should step in and take up the mantle and fulfil her father’s mission.’

The government declared an emergency, limiting the right to assemble and introducing censorship

It is interesting to note that this same fate has be fallen Benazir’s son Bilawal, who was just 19 when his mother was assassinated in 2007 and he, in his turn, had to take on the brand and fulfil expectations. Yet Schofield disclosed that, just as Benazir had not wanted to play a role on the political stage herself, she did not want Bilawal to go into politics.

While Benazir Bhutto was perceived as representing a new lease of life for the democratic future of Pakistan, and was considered progressive in her ideas, her political career was nevertheless marred by controversies, including a failed coup in 1995 and a bribery scandal involving her and her husband Asif Ali Zardari.

Moreover, contrary to expectations, India-Pakistan relations grew more precarious during her tenure as prime minister. Referring to a rare picture in the book of Benazir during her first term as premier in 1988 with Rajeev Gandhi, the then prime minister of India, Schofield said, ‘There was this real expectation that these children of the post-partition era…could actually do something. They were both very keen to do something to defuse any potential tensions and did indeed start discussions about the occupied Siachen glacier, but again the political compulsions. It was always thought that it was up to the two leaders, but it is the political compulsions that pulled them apart. Sadly, the window of opportunity was lost and it’s never really been recreated…that wonderful expectation, that wonderful enthusiasm that these two people can set aside their difference and move forward, went.’

The webinar touched upon various personal and political aspects of Benazir Bhutto’s life and career, with many questions coming from the attendees, which Schofield answered candidly. 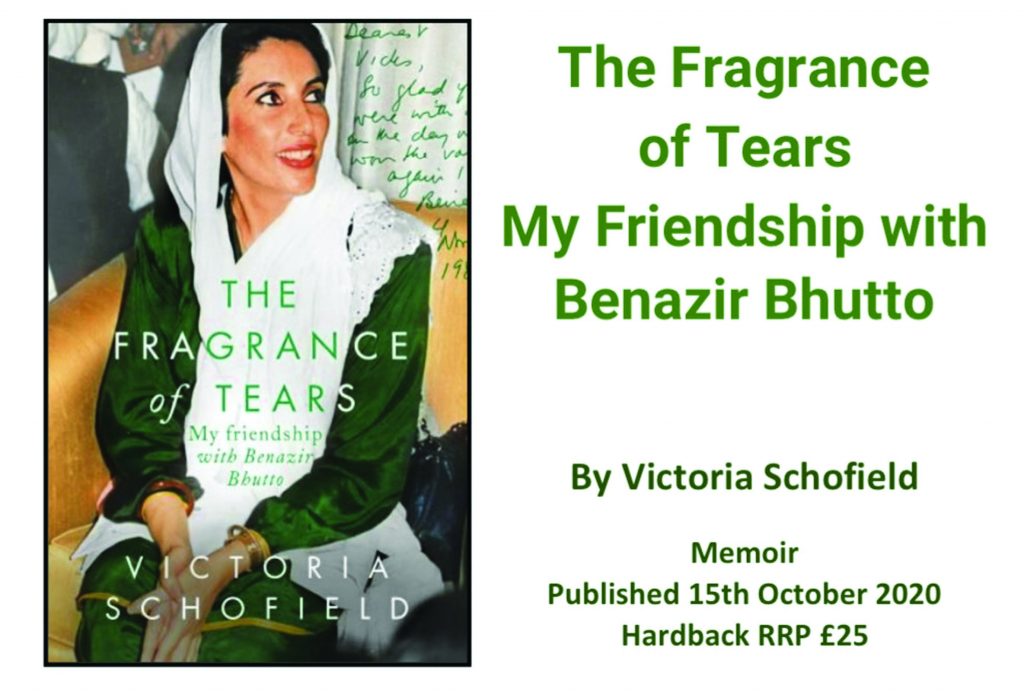 One such question was posed by former BBC journalist William Crawley, who enquired if Schofield was privy to any of Benazir’s private conversations expressing reservations about the career of her father Zulfikar Ali Bhutto.

‘If she did express them privately then they must remain private,’ said Schofield with a smile, before adding: ‘But she learnt from the situation and she learnt from her own mistakes.’

The Fragrance of Tears: My Friendship with Benazir Bhutto was published on October 15 by Head of Zeus.