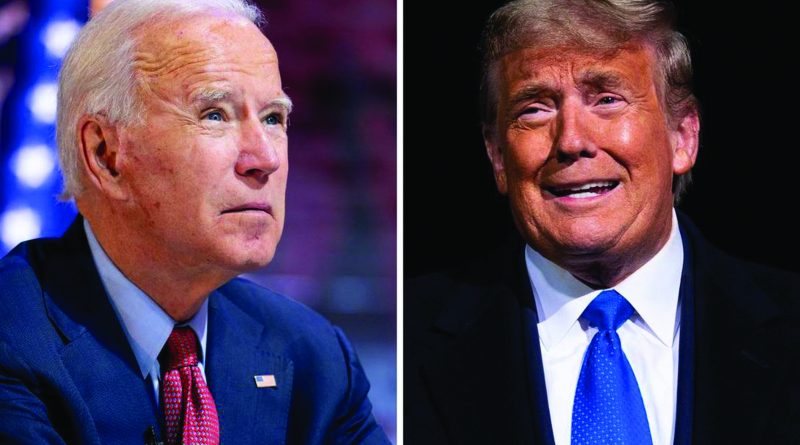 Humphrey Hawksley considers how the incoming American president will handle his predecessor’s legacy on China as Asian nations strengthen trade ties, in spite of cultural and political differences

Dust had barely settled on the American presidential election when 16Asian leaders signed a trade deal encompassing a third of the world’s population in an area that accounts for 30 per cent of the global economic output.

Although promoted as a pan-Asian initiative, the Regional Comprehensive Economic Partnership (RCEP) is regarded as being Beijing-led. With America’s strategic allies such as Japan, South Korea and Australia signing up, many see it as evidence of China’s rise against the United States’ waning influence.

RCEP would have had greater balance with Indian membership. But New Delhi pulled out amid concerns about floods of cheap Chinese imports and the optics of the world’s biggest democracy locking itself into an agreement in which it would play second fiddle to the world’s biggest autocracy. Ongoing military tension along the disputed Sino-Indian border did not help.

President-elect Joe Biden’s response was that China should not be allowed to write the rules on trade. ‘We make up 25 per cent of the world’s trading capacity,’ he said. ‘We need to be aligned with the other democracies, another 25 per cent or more, so that we can set the rules of the road.’

Asia’s common lifeblood is not values but trade

China, together with what is now known as the Indo-Pacific, tops Biden’s foreign policy agenda in which two issues have come to the fore.

One is: how much of what Biden inherits in Asia is a result of Trump’s isolationist approach to international relations and trade? How much is due to China’s own hard-driving expansionism, and how much is part of a natural trajectory of change that started long ago?

The other issue is how to frame the China challenge, raising the question as to how wise Biden is to play the democracy and freedom card in a region as culturally and politically diverse as the Indo-Pacific.

Asia’s common lifeblood is not values but trade, whose free flow is the bedrock of its wealth and the way it operates. If there is a current political bond, it is to avoid taking sides in the antagonism between Washington and Beijing.

America’s use of democracy as a political anchor may fit comfortably with its protégé Confucian societies in Japan, South Korea and Taiwan. But the rest of Asia is different.

How much traction will the democracy argument get with Thailand’s military regime, Malaysia’s sensitive ethnic balance, Hong’s Kong’s new colonialism, the Sino-vassal states of Cambodia and Laos? How will it fare with the sprawling free-wheeling imperfect democracies of the Philippines and Indonesia, Singapore’s illiberal democracy, the military-civilian government of Myanmar, the absolute monarchy of Brunei and the one-party state of Vietnam?

And all of that even before we head west into South Asia with its own mix of ethnicity, religion, repression, populism and, in the eyes of the Pentagon when it comes to India, its strategic unreliability.

Biden will revitalise the State Department where Trump kept seasoned diplomats out of the loop and refused to fill key senior posts. He will shore up Asian embassies with personnel who will become familiar faces at regional and national events.

Their reports to Washington will inevitably reflect the intricate shades of grey on which the region functions and the unpopularity of using ideology that would lead to hard and unnecessary choices.

Asian nations will resist being pitted directly against China. They don’t want it and they can’t afford it.

However, much of what Biden inherits had been set in place before Trump came to office.

In late 2011, Obama announced America’s ‘Pivot to Asia’ to wean the foreign agenda away from conflict in the Middle East towards wealth creation in Asia.  Beijing, however, read the announcement as a strategy to contain China’s rise which, in many areas, is what it has become.

A year later, President Xi Jinping was in office. He ordered the rapid building of the illegal South China Sea bases and launched the Belt and Road Initiative. China’s ambitious power projection was underway.

Over the following years, through both Obama and Trump, China’s reputation in Western eyes shifted from one of a developing country conquering poverty and joining the global community to one of an aggressive one-party state intent on proving that its autocratic system was superior.

For Asian leaders, Trump’s 2016 election was a reminder of the precarious nature of American democracy, a realisation that employment and healthcare issues in faraway rust-belt states could, in any election cycle, produce an unknown leader whose mindset impacted on their nations’ futures.

Far better, then, that the region learned how to take care of itself.

The process began almost immediately with Trump’s withdrawal in January 2017 from the Trans Pacific Partnership (TPP),a bold plan to create a trading zone spanning Asia and the Americas with high regulations and standards.  But the US exit did not deter the remaining Asian and Latin American governments from going ahead. Led by Australia and Japan, the 11-member Comprehensive and Progressive Agreement for Trans-Pacific Partnership is now up and running, standing as a rival to the China-centric RCEP.

These two embryonic multi-lateral organisations prove that Asian nations have now developed a confidence to work together without US input. The inclusion of Vietnam and Brunei in the CPTPP is an indicator that democracy is not a condition of membership.

Donald Trump’s main legacy is to have punched through traditional reservations and start a trade and values fight with Beijing. In doing so, he has elevated the spectre of Chinese Communism to a level where it is a clear and present threat to American democracy.

With quieter language, Biden should be able to avoid egg-shell triggers that increase tension and hostility.  But he cannot afford to reverse Trump’s legacy too abruptly, not least because images of Hong Kong riots or Xinjiang concentration camps could flare up at any time, drawing instinctive sympathy and anger from American voters.

His task will be to restore relationships and America’s reputation while impressing on Beijing, the nations of the Indo-Pacific and his own electorate that a collegiate Asia is more beneficial to everyone than a divided and antagonistic one.

Humphrey Hawksley is a former BBC Asia correspondent. His latest book is Asian Waters: The Struggle Over the Indo-Pacific and the Challenge to American Power