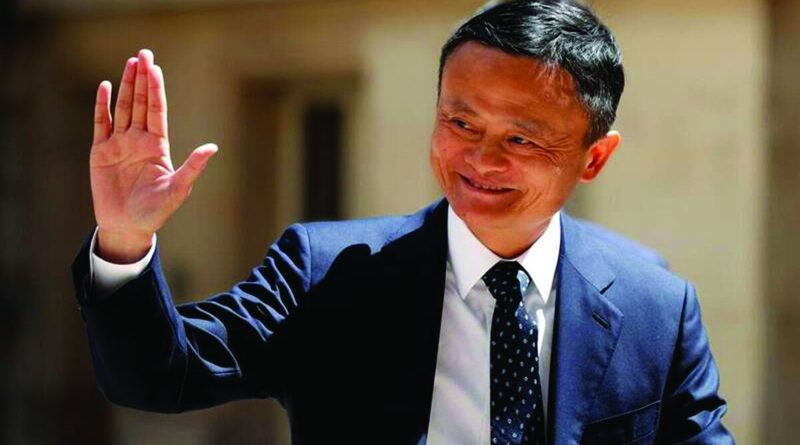 What motivated the Chinese authorities to suddenly halt the most valuable stock market flotation in history? Officially, the IPO of Ant Group has been delayed until financial checks are complete, though Duncan Bartlett  believes the case reveals much about the complex relationship between socialism and private enterprise in China

The event was originally envisaged as a way to cheer up lonely people by offering them a chance to buy themselves a little personal treat. But it has now grown into a gargantuan festival of consumerism, combined with patriotism.

In their online shopping splurge, Chinese buyers snapped up 500 billion yuan ($74 billion) worth of goods – a record sum. Luxury items were especially popular, with the Swiss company Richemont quickly selling out of Chloe bags in China, even though they cost hundreds of dollars each.

Why, for instance, has the event rapidly grown so popular in a Communist country, where the system of government was originally founded upon principles of continuous revolution, the liberation of the proletariat and the abolition of private property?

The answer lies within the paradoxes of a nation where the Communist Party aims to deliver socialism with Chinese characteristics. Its Marxist principles merge with ideas drawn from the economics of the free market, which has led to a society that is aspirational yet cautious of being overwhelmed by greed.

Another striking example of China’s paradoxes came when FinTech company Ant Group tried to take a classic capitalist approach by raising money through a flotation of its shares on the Shanghai and Hong Kong Stock exchanges.

Two days before the initial public offering (IPO) was due in early November, the order came from the authorities to bring it to a sudden halt.

The founder of Ant, multi-millionaire Jack Ma, was called in for questioning by the regulators in Shanghai. Officially, the float has simply been delayed, although some experts believe it may never take place.

So, was this a prudent action taken by the regulators to prevent the Chinese financial system being damaged by the excesses of capitalism? Or was it an example of the austere and conservative approach which is also a feature of Chinese governance?

My view is that the regulators had good reason to be concerned. In the run-up to the float, it emerged that more than 500 million people have taken out loans through Ant.

The company’s business model is based upon the principle that it should be a simple matter for borrowers to take out cash loans using their phones. Jack Ma has criticised the state-owned banking system for being too worried about the credit-worthiness of borrowers. Ant, he insists, offers an easier and more modern way to enable money to flow through the economy.

However, Ant is not responsible for the loans, because the company passes them onto the banks. This means that if customers default, it is the banks which must bear the loss on their balance sheets. For that reason, Ant’s rivals regard it as a parasite, preying upon the tightly regulated Chinese banking system.

There are rumours that the decision to halt Ant’s IPO at two days’ notice was made by President Xi Jinping himself. There is no clear evidence that this was the case; but we know from Mr Xi’s speeches that he believes financial stability is crucial for Chinese society and regards it as a matter of national security.

When the regulators in Shanghai questioned Mr Ma and his executive team about the details of the IPO, they wanted to know if Ant is being honest about its business. It says it is a TechFin company, not a FinTech company, because its financial activities are secondary to the tech side of the business.

Yet the projection of Ant’s profits was almost entirely based on its financial operations, especially its role as a broker between banks and borrowers. The authorities appear to take the view that it should thus be reclassified as a financial company and therefore subject to the same level of regulation as a traditional bank. If this is the future for the company, it will reduce its appeal to investors.

It also suggests the true value of the business needs to be brought back down to earth.

Investors valued Ant’s total worth at $316 billion, based upon wildly optimistic predictions of its future profits. The amount of money that was set to be raised through the proposed float, $39 billion, made this the largest IPO of all time. Jack Ma said it was a ‘miracle’ the IPO was happening in Shanghai and Hong Kong but not New York.

Ant’s shares were massively oversubscribed so some retail investors took out loans to purchase them, with a view to selling quickly at a profit. It reminded me of the1990s, when, as a financial journalist, I covered the dotcom bubble.

Another issue which may have concerned the Chinese authorities was the role played in Ant’s IPO by international banks. The float was due to trigger a big payout for senior executives who work at Goldman Sachs, Citigroup, JP Morgan, Morgan Stanley and Mizuho.

Those institutions took key roles in advising Ant and used their extensive experience – honed in competitive capitalist environments – to push it to become one of the highest valued companies ever listed on the international markets. All this took place during a period when the fractious political relationship between the US and China had led to a trade war.

Today, the story is far from over. Jack Ma and his team, as well as their international backers, have good reason to want the float to go ahead.

China, meanwhile, intends to maintain its reputation as a safe place to list the shares of prestigious companies. Yet the Chinese authorities’ approach to capitalism is still linked to a socialist ideological system, which has its own rules and expectations. It seems there were enough red flags ahead of the Ant float to warn that it could have presented a real threat to China’s financial stability. For that reason, a period of calm reflection before the IPO is finalised would appear to be an appropriate response.