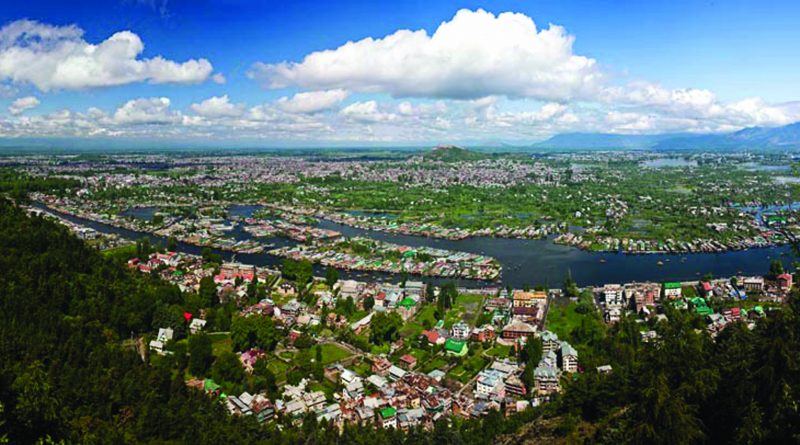 On the path to progress

Richard Gregson examines the numerous measures that are bringing growth, and hope, to one of South Asia’s most troubled regions

Despite facing the twin crises of an adverse security environment and a Covid-19 lockdown, development projects are forging ahead in the Union Territories of Jammu & Kashmir and Ladakh in India. The results are visible in the enthusiastic participation of the local people, who have long yearned for an economic upturn to improve their livelihoods.

Since the abrogation of Article 370of the Indian constitution, which gave ‘special status’ to the state of Jammu & Kashmir and split it into the two centrally-governed Union Territories (UTs) of J&K and Ladakh, there has been widespread resentment, particularly in the Kashmir Valley, overthe denial of people’s democratic rights. Pakistani agencies fuelled the fire by activating terror activities in the region, and tried to exploit the delicate situation by unleashing a vicious propaganda campaign. But the security forces quickly clamped down, largely nullifying these divisive elements.

Terror attacks in the J&K Union Territory have now fallen by 36 per cent, due to the house arrest of all pro-Pakistan separatist and political leaders, and the central government assuming direct control of the region. As sources of foreign funding have been blocked, separatists and other groups are unable to use local youths as agents provocateurs. Doda became a ‘terrorist-free’ zone after the Hizbul Mujahideen commander was killed in an encounter, while militants such as Syed Ali Shah Geelani and his All Party Hurriyat Conference are now unable to create unrest in the valley, as they did in the past, by calling for curfews, strikes and ‘Bandhs.’

Simultaneous strategies employed by the Indian government have been to push for development of the region’s infrastructure and reach out to the people at grassroots level, which seem to have started paying dividends.

Lt Gen (ret’d) Syed Ata Hasnain, who headed the Indian army’s Chinar Corps in J&K, says the abrogation of Article 370 could be a trigger to better integrate J&K with the rest of the country. However, he warns that ‘the path is strewn with challenges and the situation has to be handled in the political, military, diplomatic, economic, social and psychological domains, simultaneously’.

Since ‘Pakistan’s concept of proxy war to wrest J&K has not ceased with the decisions taken by our Government’,he said that India’s efforts to improve quality of life would reduce alienation among the people and help neutralise Pakistan’s ability to pursue such policies in the state.

And that is happening. Inthe last year, 2,273 infrastructure projects worth Rs 50,979 million, which had been pending for the past five to ten years, were sanctioned and 506 completed, according to J&K Chief Secretary B.V.R. Subrahmanyam. Some of the works carried out so far include the strengthening of the panchayat structure, completion of Phase 1 of the Jhelum flood mitigation project, the opening of 50 new higher education colleges, and the creation of 10,000 jobs.

Subrahmanyam describes the erstwhile state of J&K as ‘broken’ and lacking ‘system’ due to years of misgovernance, corruption and ‘unbelievable levels of fraud’ committed by previous regimes led by a handful of powerful families.

The chief secretary maintains that he is working to create a robust institutional infrastructure which is free of corruption. He says the priority is to ‘erect a robust panchayat (village local body) system’ with a cadre of panchayat officers and a panchayat secretariat. All the 4,300 panchayat bhavans (buildings) will have a standardised design. Subrahmanyam said by-polls to over 12,600 vacant posts of panch (panchayat member) and sarpanch (village headman) in J&K would be held as soon as the Covid situation improves.

Meanwhile the central government has passed a law to create District Development Councils and make panchayats accountable for the expenditure they incur, a step towards curbing rampant corruption.

The government, officials say, is likely to complete 180 developmental projects this fiscal year in the public works sector. Under the Jammu and Kashmir Infrastructure Development Finance Corporation Limited (JKIDFC), a newly created government taskforce within the finance department, 593 projects were sanctioned, with Rs 10,313.24 million earmarked for roads and bridges. The projects include 380 roads at a cost of Rs 8,670.26 million; 198 bridges to cost Rs 4,130.38 million; and 15 buildings worth Rs 320.6 million.

The Public Works Department (PWD) aims to complete all 180 projects by the end of March 2021. So far, it has completed 111 projects, including 50 roads, 56 bridges and five buildings. A total of Rs 2,210.74 million has been earmarked to complete pending projects. The government has also created a special fund to see that projects abandoned halfway for want of funds are back on track.

Redressal of public grievances is another area of concern. To make the existing system in Pulwama more robust and efficient, the District Development Commissioner (DDC) of Pulwama recently organised a training session-cum-meeting regarding the Jammu & Kashmir Integrated Grievance Redress and Monitoring System (JK-IGRAMS), a UT-wide initiative.

Calling it a step towards gaining the people’s trust, the DDC said that an effective grievance redressal mechanism is the ‘lifeblood of any good governance system and is the top priority for the government of Jammu and Kashmir’.

The revamped system, added the DDC, ‘shall decentralise the handling and redressal of public grievances by making District Collectors/ Deputy Commissioners the primary level of receiving, disposing and monitoring grievances. As such, the existing Portal has now been integrated downwards to the district level by mapping nearly 1500 public offices in 20 districts of the Union Territory.’

From the current 250 offices to a proposed 1500, the ‘widest possible coverage has been conceived and enabled in the online management of public grievances in J&K, making it the first online grievance management system/Portal in the country that is linked with central government and districts and even further downwards to the Tehsils and Blocks (at the bottom).’

Grassroots development at village level is another key focal point, with dissemination of information to farmers and artisans. For example, farmers in Katra town had been losing valuable lemongrass crops to monkeys, compelling them to shun agriculture and keep their arable lands fallow. So the Department of Agriculture, Reasi, in coordination with the Indian Institute of Medicine Jammu, organised workshops to teach farmers about shifting to growing lemongrass that monkeys don’t damage. The Central Institute of Medicinal and Aromatic Plants (CIMAP)-Lucknow and Indian Institute of Integrative Medicines (IIIM)-Jammu are primarily responsible for lemongrass farming being widely practised in the Katra belt.

An additional programme being rolled out is the Aadhaar enrolment (a universal identification card) and golden card registration of eligible people under the ‘Ayushmaan Bharat’ health insurance scheme. The government’s objective is to ensure 100 per cent Aadhaar coverage in Jammu, adding around 6.5 lakh people through biometric registration centres. This is crucial for those who want to benefit from various government schemes. Under the ‘Ayushmaan Bharat’ scheme, eligible households are entitled to free medical treatment of up to Rs 500,000if they hold the Golden card. The card is being made available at various public service centres and the applicants have to pay a fee of just Rs 30.Ayushman Bharat Yojana, also known as the Pradhan Mantri Jan Arogya Yojana (PMJAY), is a healthcare scheme that aims to help economically vulnerable Indians.

‘My Town My Pride’ is yet another government outreach programme that aims to assist local residents by providing services and generating awareness about central government schemes like registration under PMJAY, domicile certificates, etcetera. Camps are being erected in different parts of UT where several government departments set up their stalls, with officers from these departments available to speak with the public. There are stalls dedicated to financial support for entrepreneurs and on-the-spot sanction of self-employment projects.

Labourers from the far-flung hilly areas are also being helped, gaining employment under the Mahatma Gandhi National Rural Employment Guarantee Act (MGNREGA). Take the case of Barmanadal panchayat in Rajouri, where many people had been jobless since the Covid-19 lockdown. The Rural Development Department provided them with an alternate source of income near their homes, and is also working to provide these labourers with houses under the Pradhan Mantri Awaas Yojana by 2022.

One more interesting, and positive, fallout of the situation created by the bifurcation of J&K into two Union Territories has been an end to the neglect of Ladakh. A separate Union Territory had been a long pending demand of the Ladakhi people. Last year, the budget for Ladakh region was Rs 570 million; today it is Rs 2,320 million, almost four times higher. Before the formation of Ladakh UT, the Ladakh region was totally dependent on the Srinagar administration for funds and implementation of projects. Now Ladakh is able to independently carry out development work in the region. It has also been given a special developmental package of Rs 60,000 million by the central government.