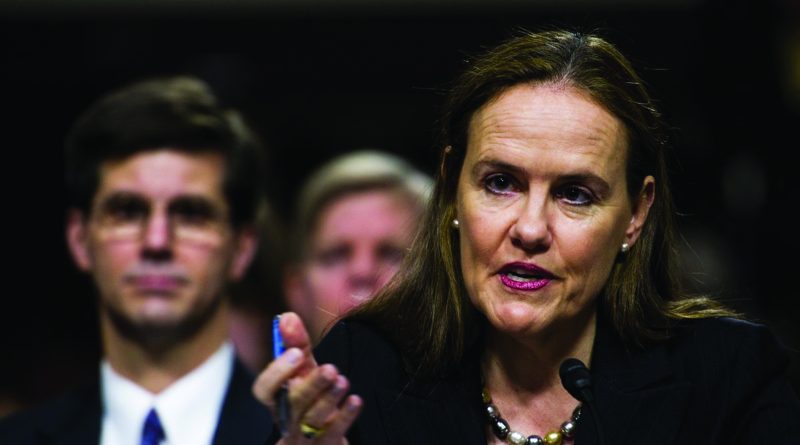 Will Beijing look back fondly on the Trump years? Despite the trade war, China had an unprecedented opportunity to present itself as a regional and global leader. While a change of tone in Washington under President-elect Biden is certain, Duncan J. McCampbell  believes the US will take a more nuanced but not necessarily softer stance on China

As I boarded a flight to China on December 2, 2016, I glanced up at a television screen in the airport and saw something on the news which I could scarcely believe.

President-elect Donald Trump, who had unexpectedly defeated Hillary Clinton in the recent American election – but would not assume office for another a month – had just accepted a congratulatory phone call from the president of Taiwan, Tsai Ing-Wen.

Had Trump realised what he had just done? Perhaps he was confused by the use of Taiwan’s official title, the Republic of China. Yet by accepting that call, whether he knew it or not, Mr Trump had treated Taiwan’s leader like any other head of state – something no American president or president-elect had done since Washington normalised diplomatic relations with the People’s Republic of China in the 1970s.

Looking back, I think it was a sign of what was in store: four tumultuous, disruptive years in terms of the US-China relationship. Yet despite all the bluster and confrontation, I believe that China’s leaders may end up looking back on the Trump era with rosy nostalgia.

For the most part, Trump accepted China for what it is: a communist country, with a deep patriotism entwined within its ideology. He did not expect it to change into a liberal, multi-party democracy which shares values with the West. This was in contrast to the approach of most other American presidents in recent history, right back to President Nixon, who famously visited Mao in Peking in 1972.

To my mind, China has not changed all that much at an ideological or political level since then. It appears to have no inclination to do so.

President Trump did not seem too bothered by this. His tactical, transactional view was focused almost entirely on changing what he regarded as a badly unbalanced trade relationship. For the Chinese, this was the best possible basis for disagreement. Trade issues are simple, non-ideological and fixable, without the need for any profound structural changes.

What will Biden do?

Now people in Asia and around the world are wondering how China’s relationship with America will change under Joe Biden. I believe that the most profound difference between Trump and Biden will be the new president’s inclination to work with America’s friends and partners through steady, strategic multilateralism, and he showed during the campaign that he will not go soft on China.

In one speech, Biden said: ‘The United States needs to get tough with China and we should cooperate with our partners to confront China’s abusive behaviours and human rights violations, even as we seek to cooperate with Beijing on issues where our interests converge.’

So I expect Biden to continue pushing China on trade and a whole raft of issues that Trump largely ignored. These include China’s broken promises on Hong Kong, the detention of over a million Uighurs in Xinjiang, the right to self-determination for democratic Taiwan, and the rights of China’s smaller neighbours in the South China Sea.

Another priority for Mr Biden will be to rebuild morale within the US State Department. I expect him to tap the talent and experience of people who served as staffers during the Obama era.

One such figure is Michele Flournoy, who held a senior position at the Pentagon. She is hawkish on China and favours an increase in defence spending to counter Beijing’s influence.

In an article for Foreign Affairs magazine this year, Flournoy wrote: ‘US policymakers need to start thinking more creatively about how to shape Beijing’s calculus. For example, if the US military had the capability to credibly threaten to sink all of China’s military vessels, submarines, and merchant ships in the South China Sea within 72 hours, Chinese leaders might think twice before, say, launching a blockade or invasion of Taiwan; they would have to wonder whether it was worth putting their entire fleet at risk.’

America’s allies also recognise the risks of conflict with China. Under Trump and Secretary of State Mike Pompeo, an informal defence group known as the Quad was revived, involving the US, Japan, Australia and India.

Furthermore, the Japanese Prime Minister Yoshihide Suga and his Australian counterpart Scott Morrisonrecently agreed to align on defence, and Australia was also invited to join the Malabar trilateral exercises, conducted annually by the navies of the US, Japan and India.

Even Germany, long absent from Asian waters, is keen to contribute. German Defence Minister Annegret Kramp-Karrenbauer said recently: ‘Our partners in the Indo-Pacific region feel increasingly pressured by China’s claim to power. They want a clear sign of solidarity. For valid international law, for intact territory, for free shipping, it is time for Germany to send out such a signal by showing its presence in the region with its allies.’

China as a leader

The irony of the Trump era is that, for all his harsh rhetoric, the outgoing president actually enhanced China’s reputation as a potential global leader. In fact, I would say that Trump delivered China’s opportunity for leadership on a silver platter, garnished with watercress.

This was largely due to Trump’s trashing of America’s global standing, as he tore up multilateral treaties, including the Paris Climate Accord and the Iran Nuclear Agreement – much to China’s delight. He also attacked, without seeking to replace or reform, post-World-War II institutions, which lie at the very bedrock of American power and influence around the world.

All this has given China an opening, as we saw very clearly in November when Asian nations signed up to the Regional Economic Comprehensive Partnership, a trade pact in which China is the dominant economy.

In Beijing, there is a view that China is assuming its rightful position as the world’s leading power, ending a century of humiliation.

But does anyone else accept that this is truly China’s destiny? In my view, China’s leaders should realise the problems they cause with other nations through their assertions of raw power, be it in a punishing spat with Australia over trade, conflict on the Indian border, or island building in the South and East China Seas.

As Biden prepares to take office, both the US and China have a chance to take stock of what is in their respective nations’ best interests. I hope that the countries of the Asian region will benefit from a re-setting of the relationship between these two great rivals.

Duncan J. McCampbell is a lawyer and associate professor of international business and law at Metropolitan State University in Minneapolis. Following a career in private law practice, he logged 14 years in the Westlaw International division of Thomson Reuters, with postings in London, Frankfurt and Beijing. In addition to his US teaching, writing and speaking, he lectures on US and comparative law in several Chinese universities