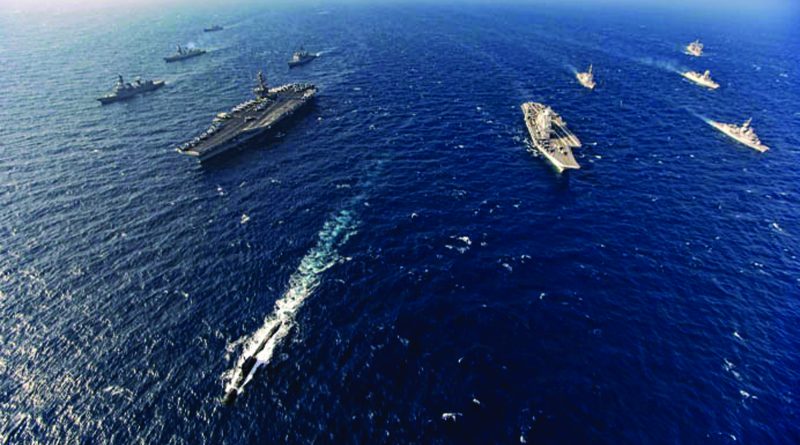 Given their shared concerns, India’s history of cooperation with successive American administrations looks set to continue under a Biden presidency, believes  G. Parthasarathy

It was only natural for India to have close relations with the British Labour Party in the years immediately following its independence on August 15, 1947. This was primarily because it was Labour Prime Minister Clement Attlee who changed past colonial practices and policies, after leading his country to victory in the Second World War. He recognised that it would be neither desirable nor realistic to seek to rule India after the war, given Mahatma Gandhi’s determination to spearhead a non-violent struggle against colonial rule in India and elsewhere. This view was rejected by Winston Churchill, who opposed, in principle, independence for British colonies, and was also against India’s support for those seeking independence from British imperialism, across the world.

While India’s relations with the Conservative Party remained uneasy, especially during Anthony Eden’s misadventure on the Suez Canal, they improved significantly when Edward Heath and Margaret Thatcher held office, and have continued in this vein during more recent times with Conservative Prime Ministers including David Cameron. New Delhi’s relationship with the Labour Party, however, has remained thorny after the days of Tony Blair. This was, in the view of many Indians, because of the Labour Party’s domestic political and electoral imperatives.

There is a natural pride in India when eminent British nationals of Indian origin assume high office, like the Chancellor of the Exchequer Rishi Sunak, ordo well in their professions, whether they are academics, cricketers, entrepreneurs, or bright and successful businessmen.

The experience has been somewhat similar in the development of India’s relations with the US. The first years after India’s independence were marked by differences on various issues, ranging from India’s warm association with the Soviet Union to New Delhi’s concerns about the military relationship of CENTO with Pakistan. India’s relationship with the US then took a nosedive after the beginning of the Nixon-Kissinger effort to improve relations with China, with Pakistan acting as the intermediary. It deteriorated further when the US, China and Pakistan teamed up during the Bangladesh conflict in December 1971. This triad, however, failed, with the Pakistan army’s surrender to Indian forces in December 1971. (Interestingly, Britain’s then Prime Minister Edward Heath expressed understanding of India’s imperatives during the conflict.)

Ever since the end of the Cold War, and the adoption of economic liberalisation by India, the Indo-US relationship has steadily improved. Most importantly, US President George Bush (Jr) ended the US nuclear restrictions and sanctions against India imposed by Presidents Carter and Clinton. US-India ties duly matured into a partnership, which is now an important factor in the conduct of both countries’ foreign and security policies across the Indo-Pacific region. There is a clear understanding in Washington that India will continue its bilateral military cooperation with Moscow and also continue its presence in forums such as the Shanghai Cooperation Organisation and BRICS. India remains firmly committed to improving ties with the US, while retaining its strategic autonomy.

For decades, India has kept in touch with congressmen and senators of both Republican and Democratic parties

The US-India partnership now involves close consultations and joint military exercises across the Pacific and Indian Ocean, from Japan to the Strait of Hormuz. This maritime cooperation is now institutionalised in a ‘Quad’ comprising the US, Japan, Australia and India. The navies of these four countries have held exercises recently in the Arabian Sea, which featured two aircraft carriers – one each from the USA and India – together with warships from Japan and Australia. While India has been low-key about these developments, members of the Quadare aware of growing concern about China’s disregard for international law in seizing maritime space which legally belongs to others, violating the sanctity of international conventions under the Law of the Seas.  Both China and India have close relations with ASEAN, whose calls for China to respect the International Convention on the Law of the Sea have been ignored. China, the US and India attend annual summits hosted by ASEAN, with a close complementarity in their strategic perspectives. Both the US and India have made their concerns known about China’s regular incursions into the territorial waters of the Philippines, Vietnam, Indonesia, Brunei and Malaysia.

It is against this background that India’s relations with the US have grown rapidly in recent years. What makes it easier for India to deal with the US is that, for decades, India has kept in touch with Congressmen and Senators of both Republican and Democratic Parties. There has, therefore, been bipartisan support for major proposals made by successive administrations for cooperation with India. The Bill for ending US sanctions and restrictions imposed against India, followed an agreement between President George W. Bush and India’s Prime Minister Dr Manmohan Singh on July 15, 2005. Interestingly, the bill was moved by Senator Joe Biden, then the Chairman of the Senate Foreign Relations Committee. This bipartisan support for Indiahas continued through the two terms of President Barack Obama, and President Trump’s four-year tenure. Such bipartisan support is evident even now in the two nations’ shared concerns. India has taken care to ensure that relations remain on an even keel, as witnessed by the visit to India by Secretary of State Pompeo and Defence Secretary Evers, to discuss and address threats posed in the Indo-Pacific region, just a few days before the US presidential elections.

Most of the new appointees in the Biden administration are people familiar to their Indian interlocutors. Indeed, Indian and American interlocutors are familiar with each other. There is much the US and India have to discuss vis-à-vis strengthening bilateral ties and meeting challenges. Where differences arise, as has happened in the past, they will be discussed and suitably addressed.

Parthasarathy, a career Foreign Service Officer, is currently Chancellor of the Central University of Jammu and President of the India Habitat Centre in New Delhi. He previously served as Ambassador of India to Myanmar, High Commissioner of India to Australia, Pakistan and Cyprus, and Spokesman of the Prime Minister’s Office