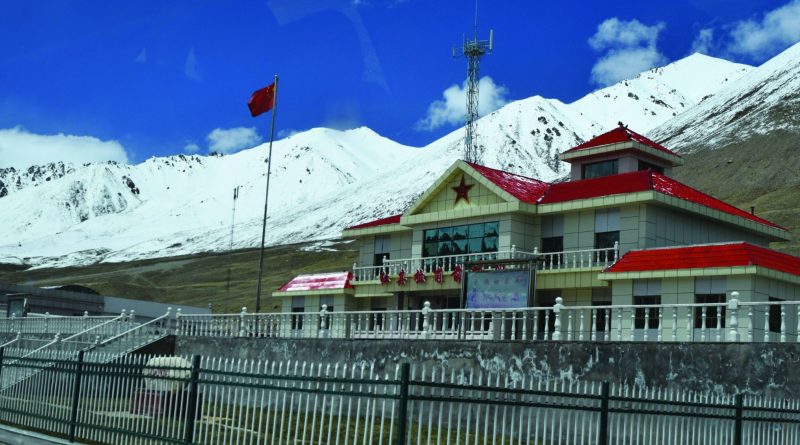 ‘All-weather friends’ China and Pakistan are committed to a massive $64 bn project to create the China Pakistan Economic Corridor, the largest and most ambitious investment of Beijing’s Belt and Road Initiative.  Nicholas Nugent considers CPEC’s pros and cons for both countries, and how financial worries and COVID-19 have impacted plans

It always was a tall order to build a corridor connecting China’s region to the Indian Ocean and its many associated projects. The Covid-19 pandemic, which still rages in Pakistan, has made that challenge even greater.

The gains from enhancing the trade route across the Karakoram mountain barrier, which rises above 5000 metres, are enormous. As it imports 60 per cent of its energy-producing hydrocarbons from West Asia, China will be able to bring oil and gas from the Gulf more quickly and cheaply, as well as gaining a new route to export its manufactured goods.

Pakistan will greatly improve its road, rail and internet infrastructure and develop impoverished and sparsely populated Baluchistan, where the CPEC terminates at the purpose-built port of Gwadar. The country stands to gain 17 new power stations, more than half powered by coal, the remainder by hydro, wind, solar or nuclear power, plus a high-powered transmission grid and upgraded roads and railways.

According to Dr Kiran Hassan of London University’s School of Advanced Studies, these will bring electricity to 140 million Pakistanis – more than half the population – who currently have no connection to the grid or suffer prolonged blackouts because of a national power shortage.

But there are negative implications too, for both sides. China fears that opening the ‘back door’ to its restive Xinjiang region will make it easier for unwelcome visitors to enter. It worries about Uighur militants of the Eastern Turkestan Islamic Movement – believed to have cells in Pakistan and Turkey – whom its blames for stirring up nationalist fervour in Xinjiang. CPEC infrastructure is also at risk from militants of the Pakistan-based Tehreek-e-Taliban and from international Islamic groups such asal-Qaeda and Islamic State, who will find it easier to reach China’s Muslim-populated regions from Afghanistan.

For Pakistan, its biggest fear is indebtedness or even bankruptcy. Since coming to power in 2018, Prime Minister Imran Khan has devalued the rupee and gone cap in hand for loans to Saudi Arabia, the International Monetary Fund (IMF), and to China itself. Applications to the IMF run the risk of sanctions under the international Financial Action Task Force, which had Pakistan on its so-called ‘grey list’ for two years for apparent ‘terror financing’. Unless the government can demonstrate measures to show itself to be ‘clean’, it will have difficulty gaining further international loans.

The first raft of CPEC projects is due to be completed this year; others have target dates in 2025 and 2030. By the end of the decade the expectation is that more than 2 million new jobs will have been created in Pakistan.

But the pandemic has caused delays and there are signs that China has switched its Belt and Road priorities to countries in the Middle East and Europe, which it is assisting in combating the spread and supporting treatment of the disease.

The Belt and Road Initiative started life in 2013 as the ‘New Silk Road’. Now, however, what China’s President Xi Jinping calls the ‘New Health Road’ – enhanced health connectivity across these regions – is taking precedence over the New Silk Road. CPEC construction work has slowed and, according to Jane’s Intelligence Review, there have been no new Chinese investments in Pakistan since Mr Khan came to power.

Beijing has brought forward its target date for reducing carbon emissions, so will eventually have less need for imported hydrocarbons. By the same logic it should discourage Pakistan from building power stations which burn coal or oil.

Yet ethics, ‘green’ or otherwise, often take second place to economic concerns. Pakistan has already compromised its principles by not speaking up about China’s alleged detention of a million Uighur citizens in re-education camps for fear of imperilling CPEC investment. (It finds it easier to criticise France for an alleged anti-Islam bias than its immediate neighbour.)

The road connecting Pakistan to China’s Xinjiang region has been in place since the 1980s. CPEC investment will upgrade it and eventually add a pipeline and a railway, strengthening the connection between the Islamic Republic of Pakistan and the Communist People’s Republic of China, two very different worlds. The Belt and Road Initiative, of which CPEC is a component, is enshrined in the Communist Party’s constitution.

When crossing between Pakistan and China you need to adjust your watch by a massive three hours as all China operates on Beijing time. The Karakoram Highway becomes China’s Highway G314 at the 4800 metre high pass at Khunjerab, and leads ultimately to the city of Kashgar, which is closer geographically to Baghdad than to Beijing, yet is part of China.

Before Khunjerab, the route passes through part of Kashmir – Pakistan’s Gilgit-Baltistan region – which is claimed by India, adding a sensitive diplomatic issue into the frame. When completed, CPEC will transform central Asian trade, benefiting not just China and Pakistan but also countries like Kazakhstan, Tajikistan and Afghanistan.

Other nations watch development of this corridor with a mixture of commercial interest and strategic concern. According to Professor Kamal Munir of Cambridge University, ‘CPEC is at the intersection of the new [cold] war between China and the US’. The United States worries that Gwadar extends Beijing’s reach towards the Middle East. It was reported locally that the Chinese company developing Gwadar has taken a controlling interest in the port, an uncomfortable situation for Pakistan with an unnerving precedent, given the way Sri Lanka was forced to mortgage its port of Hambantota to China for 99 years after defaulting on payments.

China already has a naval base across the Arabian Sea at Djibouti on the Horn of Africa to protect its shipping in and out of the Red Sea. With a foothold at Gwadar it would dominate southern access to both the Red Sea and the Gulf – a 21st century mirror of the way the islands of Aden and Hormuz once commanded access to these two strategic waterways. The US believes that Chinese naval activity in the South China Sea and its foothold in Sri Lanka alter the balance of naval power in East Asia.

Both Pakistan and China profess total commitment to the completion of the landmark CPEC project to jump-start Pakistan’s economy and open up China’s western region. However, given the increasing difficulties, doing so within the ten-year timescale set will be that much more challenging.