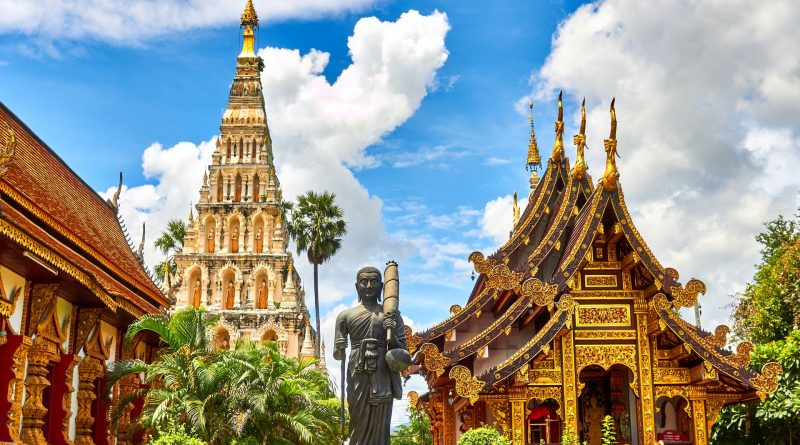 What next for Thailand?

Amid Thailand’s ongoing turmoil, Loveena Tandon attended an online event that looked back on the country’s chequered history, and ahead to a potentially more democratic future

‘Democracies have never had the chance to sustain and grow in Thailand.’

This was the view of Dr Paul Chambers, a lecturer and special advisor in international affairs at Thailand’s Naresuan University, as he addressed a November 18 online event entitled ‘Breakthrough or Breakdown: Thailand’s Latest Political Pandemonium’, organised by the Royal Society for Asian Affairs.

Putting the ongoing unrest in Thailand into context, Dr Chambers explained the grievances that lie at the root of the country’s current volatile tussle between pro-democracy and pro-monarchy forces.

‘Young people have been fed up of no-change, ’he said. To breakaway from the ‘charade of democracy’, a large section of the youth in Thailand are calling – in most cases peacefully – for real political change,‘a100% elected parliament’.

On the other hand, right-wing counter-protestors, known as ‘Yellow Shirts’, have resorted to violent means to make their voices heard. This has resulted in ‘deep polarisation’ amongst the people of Thailand, said Dr Chambers, which has extended into the lower houses of the parliament and the army.

The jury is out on whether the present situation will lead to a ‘breakthrough’ to a more democratic Thailand, or will result in a total ‘breakdown’ of the system, caused by unfettered violence.

The need for a deeper understanding of Thailand’s present politics leads one to reflect on its past, and Dr Chambers looked back on the country’s status as an absolute monarchy before 1932, until military and civil forces combined to usurp it.

Over time, the monarchy nurtured a closer relationship with the military, which then transitioned, during the 1980s, into an ‘asymmetric partnership’ between the two, where by the military became a ‘junior partner’ to the monarchy. The instability and undercurrent of today’s unrest can be judged through the prism of the 30 coup attempts that have taken place in Thailand since 1932, of which 14 have been successful. This makes Thailand the world’s most coup-prone country, with a record number of constitutions to date: 20 in all.

In the last 30 years, ‘monarchy has been dominant’ in Thailand, said Dr Chambers, which has meant a weakening of democracy. The two milestone events that led to the strengthening of pro-democracy voices today were the May 2014 coup and the death, in October 2016, of the country’s much-loved King Bhumibol Adulyadej, who had ruled since 1946.

On May 22, 2014 the Royal Thai Army declared a coup against the then progressive prime minister, Yingluck Shinawatra. The political leaders of the time were subjected to ‘attitude adjustment’ by the military and taken into ‘re-education camps’. A new constitution was put in place, bestowing the army with ultimate power. It supported the monarchy but took the lead.

Following King Bhumibol’s death, his son and successor Vajiralongkorn (Rama X) did not enjoy the same acceptance amongst the Thai people. His lavish lifestyle at tax-payers’ expense, the disappearance of anti-royalists living abroad, and constitutional changes that removed powers from parliament all added to his unpopularity.

The ‘irregular election of March 2019’ did not help, pointed out Dr Chambers, who said that the polls were seen to be ‘corrupted’ by the military,

By 2020, the Thai economy ‘was at its worst since 1997’, compounded by the Asian financial crisis and further aggravated by the coronavirus pandemic. The continued unpopularity of the ‘regal sovereign’ has resulted in people demanding reforms to the monarchy. Parliament is making assenting noises but Dr Chambers suggested it is all in vain.

Dr Chambers outlined a few potential scenarios, including the ‘Seoulification’ of Thai politics –a new normal in which general peaceful protests become an everyday affair; the continuation of violent clashes between progressive and right-wing groups; and yet another military coup.

The new situation could even be a combination of all the above, he said, but whichever way the situation turns, there has been a quantum shift in the mindset of the people, who have risen up in an attempt to bring about reforms to the monarchy and remove the military from governance.

‘The genie is out of the bottle,’ said Dr Chambers, but to what extent the Thai government will ‘tolerate this new normal of hyper-pluralism and protest politics’ remains to be seen. ‘If violence occurs,’ he concluded on an ominous note, ‘it is most likely that the state will use it (or even manufacture it) to use force once again to retain power.’

For decades, India has kept in touch with congressmen and senators of both Republican and Democratic parties