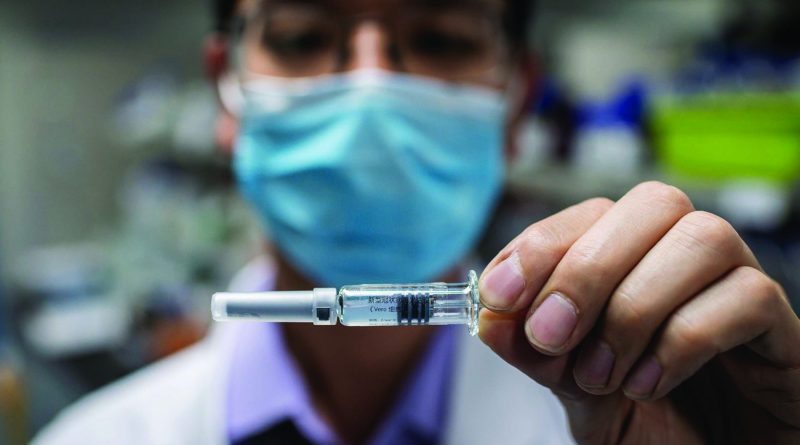 China is offering its inoculations against coronavirus to other Asian countries as part of a PR drive. But while some, including Pakistan and Singapore, plan to give the vaccines to their citizens, Cambodia – an ally of China – is refusing. Duncan Bartlett considers how to assess the safety and reliability of the Chinese formulae.

Mass inoculation programmes against Covid-19 will take place across Asia in 2021. That should be a cause for optimism. But I can give only a cautious welcome to the news, for we still need a great deal more information about what kind of vaccines people will receive and whether they will work.

An untested vaccine could carry severe side-effects, or leave people with the false belief that they are permanently immune to the virus, which may then lead them to be less vigilant. This is a particular risk among the young, who are often referred to as ‘super-spreaders’ because they are so active socially.

That said, having spent the past few months talking to experts and reading various reports about the vaccine issue, I am convinced that vaccines are an essential tool in combating Covid-19. It seems certain that the pandemic will keep spreading until it is suppressed through a huge international effort.

The complex jargon and reams of scientific data supplied through the media are difficult to comprehend. Nevertheless, we should do our best to analyse official statements about vaccines with care – especially when they come from the government of China, or those of countries with which it is friendly, such as Pakistan.

The website Pakistan Today ran a front page news story in mid-December stating: ‘Covid vaccine to be available in Pakistan in Feb or March.’ The report contained a quote by the prime minister’s health advisor, Dr Faisal Sultan, who said that a vaccine would be free for all citizens.

However, there are several complexities which the article overlooked. The report speaks of a vaccine, yet there are many kinds of vaccine under development, which use various forms of medical technology. By December 2020, eleven vaccine candidates were in final clinical trials worldwide, four of them Chinese.

The Chinese vaccines follow an approach which has previously been used to inoculate people against diseases such as polio. But their use against coronavirus is experimental.

‘They are traditional vaccine technologies, through which you basically kill the virus itself and use it to deliver protection,’ Dr Wu Zhiwei, Director of the Center for Public Health Research at Nanjing University, told me during a conversation on China Radio International.

A million people have already been inoculated in China, where emergency authorisation has allowed unapproved vaccine candidates to be used on people at high risk of getting infected, for a limited period.

Dr Wu felt ‘pretty confident that the vaccines are safe, even though the clinical trials were suspended. For example, the Sinopharm vaccine is being tested on about 42,000 people. That is a very large trial population, so we should be able to quickly identify and prevent any serious side-effects. I think if you look at the risks and the benefits, we should be encouraging people to take it’.

I turned to Howard Zhang, Editor of the BBC’s Chinese service for his view. He told me that, following his private conversations with officials and pro-government scholars, he has concluded that China needs effective vaccines to calm people following unrest at the start of the outbreak in Wuhan and consequent allegations of a cover-up.

‘China needs stability at home first and foremost, especially given the context of intensifying rivalry with the US and general worsening of relations with the West,’ he said.

‘The Sinopharm vaccine is being tested on about 42,000 people’

It is not just in China that the big medical experiments are underway. Three Chinese companies – Sinopharm, Sinovac and CanSinoBio – are also conducting trials in other countries, including Pakistan.

Any surplus vaccine supplies held by China will be made available to its ‘friends’ in the international community, says Howard Zhang, and used to spread its influence, especially in the developing world.

Meanwhile, life is returning to normal for most regions of China. The authorities report that the recent outbreaks have been blamed on people bringing in the infection from other countries, which fits with the propaganda narrative of the ‘people’s war’ on the virus. Mr Zhang says that this was used to justify ‘draconian methods of harsh lockdowns, coerced door-to-door mandatory tests and forced isolations’.

He says the last thing Chinese officials want is a failure of any vaccine. ‘I can’t see why Xi, who has snatched victory on the domestic front from initial Wuhan defeat – and who has completely quashed internal political challenges and enshrined himself as the new “helmsman” during the recent 4th plenum of the 19th CCP Congress – would allow any potential risk on a vaccine failure.’

Pakistan has already made its decision to go with the Chinese offer, though details are unclear because the government has signed non-disclosure agreements with its suppliers. That seems a poor decision when it comes to transparency, both in medical and financial terms.

The Pakistani government has increased the money allocated to purchase Covid-19 vaccines from the original sum of $150 million to $250 million.

One wonders how this increase was authorised. Where will the money come from? Will it require more borrowing from the World Bank or from China? And will this huge sum be used in a way which avoids corruption, an endemic problem in Pakistan?

Other developing nations in Asia are struggling with similar dilemmas and, surprisingly, there has been a pushback against China in Cambodia, which is normally regarded as one of China’s closest allies.

The concern seems to be a lack of data on the safety and efficacy of the Chinese vaccines. They have not been through the stage three clinical trials completed by the Pfizer-BioNTech vaccine, now being widely used in the UK, Canada and the United States.

Initially, it seemed that Cambodia would take a million doses of the Chinese vaccines. Then came a striking statement from Prime Minister Hun Sen: ‘Cambodia is not a dustbin and not a place for a vaccine trial.’

Fortunately, there is another option for countries such as Cambodia, Pakistan and India. They should be able to access vaccine stocks ordered through the United Nations-backed Covax facility, which subsidises lower income countries.

Covax aims to deliver two billion doses by the end of 2021, allowing participating nations to immunise 20 percent of their populations, starting with healthcare workers.

Initially, doses will be supplied to Covax by the Serum Institute of India, which has placed orders for two vaccines: one developed by Oxford University and AstraZeneca, and the other by Novovax.

Covax has yet to sign a deal with Pfizer or Moderna, though they are in talks. Nor has it agreed to buy the Chinese vaccines, although China is an enthusiastic Covax supporter.

The Chinese offer of vaccines to Asia is enticing because it promises an immediate response, and appears to have already been tested successfully on the Chinese population. Also, the financial cost of partnering with China is less than signing deals with the American and European companies. And of course, governments in Asia don’t want to keep their citizens waiting as the UK and US press ahead with their vaccine programmes.

So inevitably, political considerations will have a huge influence on the next stage of Asia’s response to the pandemic. With the virus respecting neither ideology nor international borders, governments are acutely aware that the longer they wait for mass inoculations to take effect, the greater the risk that it will continue to spread.

Duncan Bartlett is the Editor of Asian Affairs magazine and a Research Associate at SOAS China Institute, University of London.