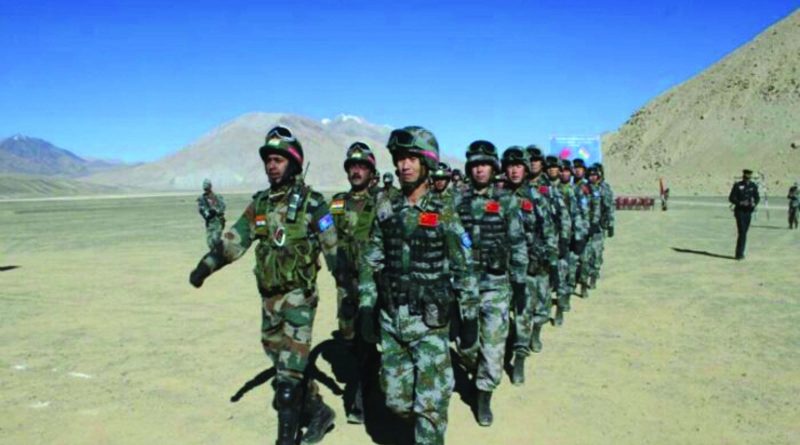 G. Parthasarathy reflects on events of the past year –a pivotal one for India, as for many other nations –and anticipates some of the central challenges awaiting Delhi in 2021

The year 2020 was marked by two developments that will have a long-term impact on India’s domestic and foreign policies. The first was the Covid-19 pandemic, which not only posed a challenge to the lives of Indians but also to India’s federal structure. The Union Government had to ensure that the governments in the 28 states and eight union territories coordinated with each other, working in total harmony to address the crisis. Prime Minister Modi and the Chief Ministers of all the states also worked closely together, keeping in regular contact. This meant that even the more economically backward states were assured that they would be helped, as medical facilities were rapidly built, and vaccine research and production were successfully undertaken.

India has one of the largest healthcare industries in the world. It is, therefore, able to supply its immediate neighbours – the Maldives, Sri Lanka, Bangladesh, Myanmar, Bhutan and Nepal– with vaccines for a significant section of their populations. This is one area where India and China complement each other in the Indo-Pacific region, which extends across the Indian and Pacific Oceans.

Twenty-twenty also saw the establishment of a ‘Quad’ comprising the US, Japan, Australia and India, making common cause to ensure a stable balance of power across the region. This is imperative in allowing India to face up to growing Chinese power and assertiveness in its relations with all its neighbours– an objective shared by European friends including the UK and France. It will certainly figure in talks when British Prime Minister Boris Johnson visits India on January 26, as the Chief Guest at India’s 70th Republic Day celebrations.

The main security challenge for India in 2021 remains the situation along its mountainous borders with China, in Ladakh. The problem escalated when large contingents of the People’s Liberation Army crossed into disputed territory in Ladakh. Chinese forces positioned themselves to move into areas across the strategic Indian airbase of Daulat Beg Oldie. India, in turn, moved a strong contingent, including tanks and artillery, close to yet another Indian air base, in Chushul.  With the Foreign Offices and militaries of both countries in regular touch, India made it clear that China would have to withdraw from Indian territory, which had been occupied by the PLA, after April 1, 2020. The Chinese, however, appeared reluctant to do so.

Given the freezing Himalayan cold, progress on any withdrawals will be possible only when the winter snows melt in March. In the meantime, the militaries of both sides will remain on alert. Negotiations with China in the days ahead are going to be tough. But the continuing dialogue between Asia’s two largest armies has helped in keeping tensions under control.

India’s relations with the US have been steadily improving over the past two decades. President-elect Biden visited India in 2013 in his capacity as US Vice President during President Obama’s tenure. But Mr Biden’s most notable action in relations with India was a letter he wrote, when he was the Chairman of the Senate Committee on Foreign Relations, to President Bush, supporting moves to end nuclear sanctions against India. He also led a successful campaign to persuade India to cooperate with the US in mobilising support from developing countries for the Agreement on Climate Change. India duly provided that support at the 2015 Climate Change Summit in Paris. Indeed, the US has been impressed by the seriousness with which Prime Minister Modi dealt with rallyingthe backing of developing nations on environmental issues during the Paris Summit. Nevertheless, while India has, thus far, successfully maintained a delicate balance in its relations with the US and also with Russia, there is recognition that the road ahead will be more difficult.

The focus of attention in January 2021 is going to be on the visit of British Prime Minister Boris Johnson as the Chief Guest for India’s Republic Day. It is clear that major European powers like the UK, France and Germany are conscious of developments in the Indo-Pacific region. Although Europe initially welcomed the rise of China, there are now serious concerns about Beijing’s territorial ambitions and its disregard for international law in its maritime policies. China presently has boundary disputes with virtually all its maritime neighbours. It has shown total disregard for the provisions of the Law of Seas by enforcing its presence within the maritime boundaries of various neighbours, including Japan, the Philippines, Vietnam, Indonesia, Malaysia and Brunei. Beijing has shown a similar propensity on its land borders with India, which was evident in its deep incursion into Ladakh last year, in violation of what was a mutually agreed Line of Actual Control. It is against this background that India and the US signed two landmark agreements in November last year, including one on the exchange of ‘geospatial intelligence’. Recent naval exercises amongst the navies of the Quad have taken place across the shores of the Arabian Sea, and the Strait of Malacca.

The past four months have seen a series of measures by India which limit Chinese investment in various sectors. Huawei has been virtually excluded from contributing to the development of 5G networks in India. Similar curbs are being introduced in other important sectors, and India is now seeing greater investment in telecommunications from American and Korean companies such as Apple and Samsung. Unstated but real sanctions have now been placed on a wide range of Chinese industries in India. This may cause a measure of inconvenience to Indian industry, but no one is complaining.

G. Parthasarathy, a career Foreign Service Officer, is currently Chancellor of the Central University of Jammu and Visiting Professor at the Centre for Policy Research in New Delhi. He previously served as Ambassador of India to Myanmar, High Commissioner of India to Australia, Pakistan and Cyprus, and Spokesman of the Prime Minister’s Office