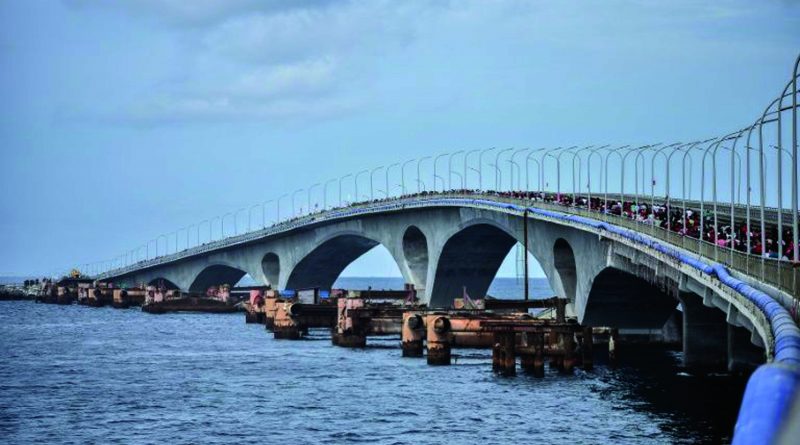 Although the once chilly relationship between India and the Maldives has improved, Delhi must still be vigilant of trouble brewing in the archipelago. Sudha Ramachandran  reports

India’s energetic wooing of the Maldives and the latter’s renewed commitment to an ‘India First’ focus in its foreign policy seem to be yielding fruit.

Bilateral relations have warmed considerably since November 2018, when the Maldivian Democratic Party’s (MDP) Ibrahim Mohamed Solih took over the reins as the archipelago’s president. Relations had cooled under Solih’s predecessor, Abdulla Yameen (2013-18), when New Delhi’s influence in the archipelago decreased with Yameen pursuing a foreign policy that favoured China.

However, there are storm clouds looming on the horizon that New Delhi would do well to take note of.

An Indian Ocean archipelago of 1,192 coral islands, the Maldives lies near sea lanes through which pass a significant proportion of the world’s sea-borne trade between East Africa and West Asia on the one hand and South, Southeast and East Asia on the other. That is, much of the oceanic trade, especially oil headed to India, China, Japan and South Korea, passes near sea lanes running near the Maldives.

This has given the country immense strategic importance and put it on the radars of several global powers.

Yameen’s autocratic rule led to the Maldives’ global isolation, prompting him to turn to China for economic investment and diplomatic support in international forums. Relations warmed quickly and Chinese investment in infrastructure projects in the Maldives began pouring in. The two countries also signed a Free Trade Agreement in 2017 that was heavily weighted in China’s favour.

Bilateral defence co-operation with India has deepened under Solih

Chinese funding has improved the islands’ infrastructure. In addition to the Sinamalé Bridge (or the China-Maldives Friendship Bridge, as it is also known), which links the archipelago’s capital Malé to the airport island of Hulhulé, China has constructed a housing complex on Hulhumalé Island. These projects have improved inter-island connectivity and are expected to boost property and commercial development of Hulhumalé Island, easing congestion in densely populated Malé.

But Chinese funding has had its downside as well. It has pushed the Maldives deep into debt. Estimates of the amount owed to the Chinese range from US$ 1.5 billion to $3.1billion.

China’s growing footprint in the Maldives, especially its mounting influence over its government,is viewed with concern in New Delhi. Would Beijing use its leverage over a debt-ridden Maldives to demand control over an island in lieu of unpaid debt? Would it set up a naval base there? Such Indian apprehensions over possible Chinese strategic inroads in the archipelago mounted when Yameen permitted Chinese warships to dock at a Maldivian harbour in 2017.

To dilute the Maldives’ dependence on Chinese funding for infrastructure projects, India began extending loans and grants worth millions of dollars to the archipelago. In December 2018, India’s Prime Minister Narendra Modi announced a US$1.4 billion loan to the Maldives. A few months later, New Delhi agreed to provide an $800-million Line of Credit towards the development of infrastructure. Then in August 2020, India announced a massive financial package, including a grant of $100 million and a new Line of Credit of $400 million for the Greater Malé Connectivity Project (GMCP).

Not only has India emerged as Malé’s preferred partner but also, it appears to be overshadowing China in the Maldives. Its funding of Maldivian infrastructure projects is larger than that of China, besides which, its projects in the Maldives are on a grander scale.

China’s biggest project in the archipelagohas been the 1.39-km-long Sinamalé Bridge, which was the first bridge in the Maldives to be built between two islands. India’s GMCP involves construction of a 6.7-km-long bridge and causeway connecting Malé with three neighbouring islands – Villingili, Gulhifahu and Thilafushi.

Other Indian initiatives are expected to boost bilateral trade and public goodwill. In addition to launching a direct cargo ferry service between India and the Maldives, New Delhi has announced a $250 million financial package to support the Maldives’ fight against the COVID-19 pandemic.

Under Yameen, defence ties frayed. Yameen allowed a defence agreement with India to expire in 2018. He also snubbed India by asking it to take back helicopters it had gifted to the Maldives.

Conversely, bilateral defence co-operation has deepened under Solih. India has leased Dornier maritime surveillance aircraft to the Maldives and brought the archipelago under its coastal radar chain network.The Dornier aircraft will be in the command and control of the Maldives National Defence Force (MNDF) and Maldivian pilots are being trained to fly them.

However, although the India-Maldives relationship has entered calmer waters, trouble is brewing in the archipelago.

Anti-India protests have roiled the Maldives in recent months. The opposition Progressive Congress, which comprises the Progressive Party of Maldives (PPM) and the People’s National Congress (PNC), has launched an ‘India Out’ campaign on social media and on the streets of Male. The opposition has accused the MDP government of ‘selling off Maldives. to India.

The defence agreement is under fire as well. Opposition parliamentarians have demanded disclosure of the contents of the agreement the Solih government signed with India.

Interestingly, while Maldivian opposition parties are up in arms over defence co-operation with India, they have expressed no objections to the recent US-Maldives defence pact.

In 2011-12, violent protests by opposition parties, which included anti-democratic forces and Islamists, forced the then President Mohamed Nasheed to resign. The exit of a pro-India leader in the Maldives paved the way for Yameen’s rise and culminated in the archipelago’s embrace of China.

Although the recent opposition protests have lacked the momentum of the 2011-12 demonstrations, New Delhi will be monitoring developments in Malé closely.