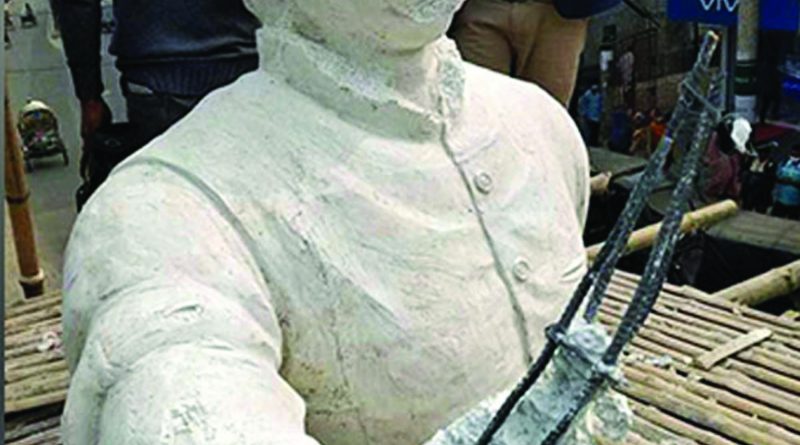 Sculpting a spirit of secularism

Syed Badrul Ahsan  examines how Wahhabi elements are threatening to undermine Bangladesh’s secularist principles, and why the fight back is crucial for the country’s future

In a year when Bangladesh’s people have been observing the centenary of the birth of their country’s founding father, Sheikh Mujibur Rahman, purveyors of Wahhabism have lately been trying to muddy the waters. With the government busy, insofar as ongoing coronavirus conditions permit, promoting nationwideprogrammes to commemorate Mujib – honoured by Bengalis as Bangabandhu, friend of Bengal – a band of Islamic clerics,clearly a fringe, have in recent weeks been voicing their opposition to the erection of sculptural representations of Mujib.

This extremist Islamic fringe, holding fealty to a brand of orthodox Islam emanatingfrom Saudi Arabia, is opposed to such aspects of the faith as liberal interpretations of religious scriptures and the principles of Sufism. Through public rallies, it has been haranguing its followers on what it calls the un-Islamic nature of sculptures and statues. Indeed, these elements have attempted to whip up mass hysteria by conveying the misleading message that constructing statues of Bangabandhu is giving in to idol worship, which is forbidden in Islam. They have clearly confused art with idolatry. However, it appears these elements have not quite succeeded in getting their parochial message across to a wider body of people in Bangladesh.

The reason is simple. Secular elements in Bangladesh, of whom the young constitute a major segment, have risen in resistance to such fringe elements. In a season which is annually given over to celebrations of Bangladesh’s emergence as a sovereign nation-state 49 years ago through a guerrilla war against Pakistan, it was only natural that secularists would push back against religious fundamentalism. For her part, Prime Minister Sheikh Hasina has adopted a quiet but firm attitude to the fringe, and has been emphaticin re-conveying the message that, while Bangladesh is a Muslim-majority state, in principle it remains a secular country. This is most fitting, given that back in 1971 Bangladesh was founded on the four guiding principles of secularism, nationalism, socialism and democracy. While socialism has apparently fallen by the wayside and democracy has taken quite a battering over the decades, secularism has,in ethical terms,continued to underpin the state.

Gen. Hussein Muhammad Ershad imposed Islam on the country as the state religion

Even so, it is not easy to ignore the various attempts that have been made to undermine the secular spirit of the country. Following the violent overthrow of the government of Sheikh Mujibur Rahman in 1975, successive military and quasi-military regimes in Bangladesh have bent over backwards to taint national politics with the brush of communalism. The nation’s first military ruler, General Ziaur Rahman, removed secularism from the constitution through dictatorial fiat. The second military ruler, General Hussein Muhammad Ershad, imposed Islam on the country as the state religion. The legacy of these two men has somehow remained, even if in a rather diluted form. Constitutionally, Islam remains the state religion and the current secular administration appears to be in no hurry to roll things back to where they were pre-August 1975.

While one ought to acknowledge that, despite such encumbrances in national politics, society and culture in Bangladesh remain secular in form and substance, this should not lead to complacency. Extremist religious bodies like the Hefazat-e-Islam, notorious for creating mayhem on the streets of Dhaka seven years ago, have not stepped back from their blatantly anti-secular and misogynistic programmes. Of course, the Hefazat and the current government at one point arrived at an understanding of sorts, but as recent developments have shown, the ruling circles remain wary of such elements. There are, too, outfits such as the Khelafat Majlis which have not only railed against sculptures and statues but have openly voiced a demand for Bangladesh to be turned into an Islamic state.

Religious fundamentalism is not new to Bangladesh’s people. In the 24 years in which the country was a part of Pakistan, right-wing politicians ceaselessly raised the bogeyman of Islam being in danger every time politicians like Mujib pressed demands for democratic rights. During the War of Liberation in 1971, the Jamaat-e-Islami, Nezam-e-Islam, Muslim League and similar right-wing political parties aligned themselves with the Pakistani military junta and took part in violent campaigns aimed at exterminating freedom fighters and secular Bengalis across the board. Following Mujib’s assassination in 1975, to be followed less than three months later by the murder of four of his senior political associates in prison, communal politics made a return, with the very forces that had opposed the country’s birth occupying centre-stage, helped by those who seized the state in 1975 and kept it in their grip for 21long years.

Given such political realities, one cannot truly suggest that communalism is dead and gone in Bangladesh. It may have retreated for now, but unless the government and broad secular forces in the country intensify the campaign for a return to full-fledged secular principles as state policy – indeed, unless there is a bold return to the constitution as it was adopted in 1972 – Bengalis will have to keep looking over their shoulders. Wahhabism is a danger which must be neutralised.