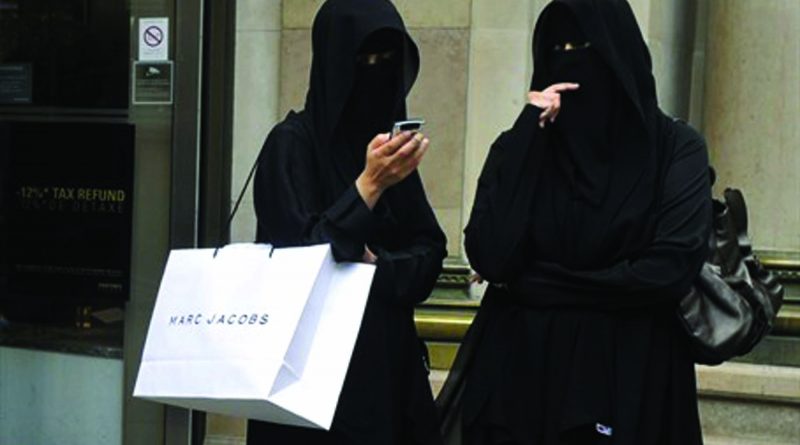 Shockwaves out of UAE

Pakistan seeks to lead the Muslim world but civil society in the Middle East is evolving much faster, writes Pervez Hoodbhoy

Unmarried men and women may live together, alcohol restrictions are gone, and honour killings will be judged a crime just as any other. This official decree took effect in November in the United Arab Emirates, a country whose socio-political matters are declaredly driven by Sharia law. These new rules apply equally to expatriates (88 per cent) and UAE citizens (12per cent), the latter being mostly Sunni Muslims.

Morality has apparently been ripped to shreds. In a frankly patriarchal desert culture where local women wear the niqab, what was unthinkable has happened. Still, no internal protest has been reported and neighbouring countries don’t care. Other GCC countries – and even normally hostile Turkey – have not commented. Saudi Arabia, once a bastion of Sunni conservatism, is following a similar path. Theocratic Iran semi-officially admits its alcohol problem and seems resigned. Billboards in Tehran warn against drinking and driving.

No Arab Spring movement is driving this cultural liberalisation, nor is popular democracy on the cards. Unless something happens, dynastic rulers and clerics will continue to rule. Various new top-down changes simply aim at making Arab countries more Western tourist and business friendly. The recent opening up to Israel undoubtedly plays some part.

But the new legislative changes freeing cultural behaviour are likely to impact society far more than political changes. They bring with them many key questions: what is sinful and improper and what does Islam forbid or permit? Which values are truly permanent and absolute and which must inevitably change with time?

Notions of right and wrong are being turned upside down everywhere

Notions of right and wrong are being turned upside down everywhere. There is, for example, complete acceptance now of television across the Muslim world. Even in Pakistan – among the most conservative Islamic countries – families spend evenings glued to the drawing room TV set. Men with beards and women from Al Huda casually snap selfies and WhatsApp them around. Yet older citizens cannot forget admonitions that Islam prohibits photography and the strident denunciations of TV as a‘shaitani ala’ (devil’s tool).

Aniconism, or a prohibition of depicting images of all living beings, was considered immutable and absolute by almost all early Islamic religious authorities. Scholars and clerics took as axiomatic that the creation and depiction of living forms is God’s prerogative, not to be trespassed upon by artists and painters. So, although Muslims can rightfully boast of magnificent Islamic architecture such as Taj Mahal and Dome of the Rock, Islamic art was narrowly restricted to decorative figural designs.

Aniconism was taken so seriously that – although he later relented – a thoroughly liberal and scientific-minded man like Sir Syed Ahmad Khan refused to be photographed. The Afghan Taliban founder, Mullah Omar, never relented and so no known photo of him exists. The 2005 earthquake in Pakistan’s northern areas was widely attributed to watching television and, two days later, local clerics organised a mass smashing of TV sets in the town of Kaghan.

The march of technology, however, made clerics realise they were missing a huge opportunity. Thus began the age of religious TV channels. Although limited initially to audio recitations and images of floating clouds and heavens, talking heads followed. Thereafter televised sermons and religious gatherings became popular and today’s clerical screen personalities have millions of devotees. Asked about earlier restrictions, one such megastar replied in a complicated way that Islam prohibits drawings and photos but not videos.

Such adaptive changes are not unique to Islam or Pakistan. Fundamental transformations of thought and action have happened everywhere. Take slavery. From the 15th century onwards, European colonialists stole manpower for developing Europe by depopulating Africa. But slavery began phasing out after the European Enlightenment. The British Empire formally outlawed it in 1833. For the United States to follow suit took a civil war and an additional 32 years.

Banning slavery from Muslim countries took much longer. Since the Quran discourages but does not forbid slavery, for nearly 13 centuries the possession of slaves was not condemned as sinful or illegal by any religious authority.

In 1909, anti-slavery Young Turks, inspired by the Westernised Kemal Ataturk, forced Sultan Abdul Hamid II to free his personal slaves. Ataturk dismissed the last Ottoman caliph in 1924 and so ended slavery. Turkey formally ratified the 1926 League of Nations convention abolishing slavery in 1933. Though Western driven, it was surely a good thing.

Whether good or bad, the changes in the UAE’s laws are also Western driven. How the country’s authorities will explain them to the world and their people remains to be seen. Quite possibly no explanation will be forthcoming since UAE is a sovereign country where ruling dynasties exercise total control. Its people don’t have a voice.

On the other hand, UAE could try to get endorsements for the new dispensation from pliant muftis and shaikh-ul-Islam. This won’t be the first time. Muslim rulers are thoroughly familiar with using friendly clerics for blessing bank interest disguised to avoid its condemnation as riba. The UAE has supported various militant Salafist groups overseas and is said to have considerable control over the authorities of Egypt’s Jamia al-Azhar. This wide outreach could be useful for suppressing possible criticism.

UAE’s rulers could also try a more straightforward explanation. The West thrives and prospers in spite of its evolving values – what was immoral yesterday is now simply the new normal. Until the 1960s, cohabitation was fiercely frowned upon in much of Europe and the US. But religious opposition has since softened and, in fact, most religions are following the trend.

Rulers in the UAE might try arguing that Islam, suitably interpreted, can do so as well. As with child marriage, widow remarriage and polygamy, cohabitation will doubtless lead to furious disputes. But, like it or not, the arrow of time is unidirectional and irreversible.

Pakistan could learn much from recent cultural developments and liberalisation of social values in the rest of the Muslim world – a world which it had once aspired to lead. But now in a state of confusion, and dragged willy-nilly by global forces towards an uncertain future, it prefers to keep its eyes fixed firmly upon the past while praying for old times to return.