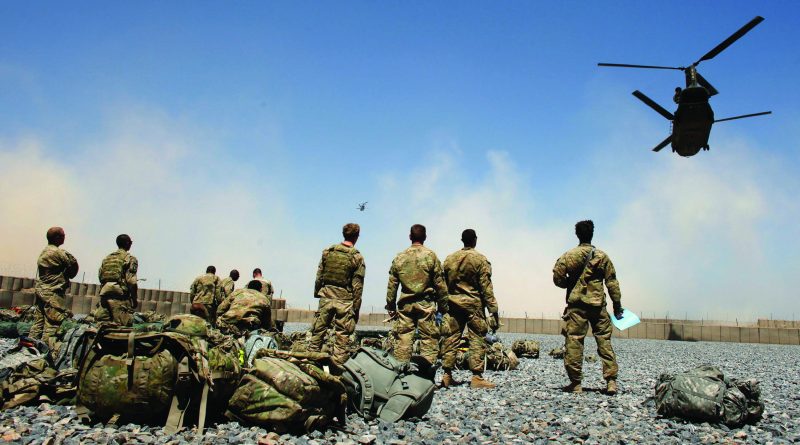 As the endgame for Kabul draws near, the deadly match between India and Pakistan over influence in Afghanistan is intensifying.

While India is preparing for a possible nightmarish long haul should Pakistan-backed Talibangain control over Kabul, Pakistan – unsure of the influence India may continue to retain across the Durand Line, given its extensive aid and trade projects – is busy building a 2,600-km long barbed wire fence on the border to keep anti-Pakistan elements at bay.

The two South Asian neighbours have long jockeyed for influence over Afghanistan, backing rival Afghan factions contending for control over the harsh land. India is driven by historic ties with Kabul and its belief that a peaceful Afghanistan is the best insurance against the rise of Islamic militancy in Kashmir; Pakistan by its paranoia that an Indian-influenced Afghanistan could result in it being ‘encircled by enemies’,and its belief that an overtly independent Kabul might seek to unite Pashtun areas ceded to British India which are now under Islamabad’s rule.

Talks between the Afghan government led by Ashraf Ghani and his former deputy Abdullah Abdullah(which India supports)and the Pakistan-backed Taliban, which has a history of engaging in terror attacks, are set to resume sometime in January around the time Joe Biden is sworn into office as US President.

Outgoing President Donald Trump, in a surprise move, has already committed to slashing the US armed presence in Afghanistan from 4,500 troops to 2,500 before he leaves office, leaving the Afghan government with little option but to try and negotiate a peaceful end to the fighting.

Whether the talks will end in a negotiated peace, which the world and Afghanistan wants, or mark the beginning of another `back to the future’ civil war of the kind Afghanistan witnessed when Najibullah’s regime came to an end in 1992, is however something few can forecast.

India seems to be wishing for the best while preparing for the worst-case scenario. ‘Our reading is that the Taliban is looking for victory and not a peace deal,’ says Gautam Mukhopadhaya, former Indian Ambassador to Afghanistan and currently Senior Fellow with the think tank Centre for Policy Research (CPR).

The Taliban’s chief negotiator, Mullah Abdul Ghani Baradar, visited Pakistan recently to not only discuss the peace deal with the country’s leadership, but reportedly to try and get Talib field commanders based there to stop or lower the tempo of terror attacks in Afghanistan. Either thatwas a fairy story, or Baradar’s influence on the diffused Taliban leadership lacks any real authority.

The Sunday before Christmas saw a car bomb kill eight civilians in Kabul, not the last or least of a string of targeted killings and bombings by the Taliban this year to get Americans and other NATO forces out and weaken the bargaining position of the incumbent government.

However, despite the attacks, the Taliban has been unable to take control of even a single province in Afghanistan. ‘Not even Helmand, where they are strongest and which abuts Pakistan… they have carried out attacks, but do not control the kind of territory which they did in the 1990s leading up to their over-running of Kabul,’ points out Mukhopadhaya.

This is what lends credence to the Afghan government’s belief that it can get the Talibs to come in as a political party in a coalition government, something the Taliban vehemently refuses to acceptas of now.

Nor does the Taliban leadership take kindly to suggestions that it eventually agree to elections, as their vision of Afghanistan is an Emirate run under strict Islamic Sharia rules.

The problem for the Taliban, a predominantly Pashtun tribal formation, is that despite its bluster, two facts preclude it from gaining popular support for its version of Afghanistan.

While Pashtuns are the largest ethnic group in the mountainous land, some 58 per cent of the population belong to other ethnicities  – Tajiks, Hazaras, Uzbeks, Baloch and others – who had earlier fought the Taliban under the banner of the Northern Alliance. Even today, these people remain distrustful of the Taliban at best, hostile at worst.

The other fact is that Afghanistan’s Pashtun youth have grown up with little or no memories of Taliban rule of the 1990s. However flawed or corrupt Afghanistan’s democratic polity may be, these young men and women have grown up in relative freedom, with few curbs and some degree of female emancipation. It would be asking too much to expect them to trade their moderate lifestyle, where Bollywood movies, Pashtun pop music, modern education and mainstream jobs for women are the new normal, for a medieval version of Islamic life which the Taliban wishes to impose.

Possibly this is also what encourages India to continue to announce new projects in the troubled land. Having invested some $3 billion in projects to reconstruct Afghanistan, besides reaching out with military assistance, training and tens of thousands of scholarships to Afghan students over the past two decades, India announced in November that it will be building the $236 million Shahtoot Dam on the Kabul river basin.

The announcement, which has been opposed by Pakistan as detrimental to its interests as a lower riverine state, came as international donors reduced pledges of spending for the 2021-24 period at a virtual Afghanistan Conference hosted at Geneva.

India has also reached out to Iran to try and fast-track its Chabahar Port project, which had been stalled due to American sanctions on Tehran. India, Iran and Uzbekistan now plan to hold a ‘Chabahar Day’, on the sidelines of the International Maritime Summit scheduled for January 2021. This would bring in the Uzbeks as logistical partners to the project, which plans to give landlocked Afghans a sea-port access other than Pakistan’s port city of Karachi.

India has already built(about a decade ago) a road that links Zaranj on the Afghan border with Iran to the city of Delaram. This connects, on the one hand, to Afghanistan’s Garland highway, joining its four major cities –Herat, Kandahar, Kabul and Mazar-e-Sharif – and on the other to an Iranian highway that snakes across to the port of Chabahar on Iran’s eastern Makran coastline.

Western diplomats in New Delhi believe that the port and road links could be used not just for India-Afghanistan commerce, which Pakistan has been bed evilling by refusing Afghans overland access to Indian markets, but also to supply India’s favourites for power in Kabul with ordinances and logistical support.

India has in the past also maintained an air base at Fakhror in Tajikistan, which many believe may be used in the future to logistically support the Afghan government if it seeks aid from India.

While India, which is witnessing a threat to its influence and projects in Afghanistan with the spectre of a return by the Taliban to Kabul, may have cause to take stock of its chess pieces as it waits for the next move on the Great Game board, Pakistan whose protégé the Taliban is seen as being on the ascendency, seemingly has little reason for building a permanent steel and concrete fencing on its North-western border.

Yet it has nearly completed a $500 million, 9-ft high twin fence between Afghanistan and Pakistan, separated by a 6-ft gap full of barbed wire. The Pakistani army has also established 843 border forts along the fence, despite Afghanistan’s protests.

Said Rajiv Dogra, a former Indian ambassador and author of the book Durand’s Curse: A line Across the Pathan Heart, says that ‘Pakistan wishes the fence to be a protection against cross-border infiltration by anti-Pakistan elements and at the same time a means to keep the Pashtuns under its rule away from aligning with Pashtuns in Afghanistan.’

The Pashtun Tahafuz Movement (PTM),which has emerged as a force to reckon with in Pakistan’s Pashtun-dominated border areas, has become a cause for serious concern for Pakistan’s government. By focussing on killings and disappearances of innocent Pashtun youth and the mass relocation of Pashtun tribal communities by Pakistan’s army while carrying out ‘cordon, search and eliminate’ operations against Teherik-i-Taliban, a rebel Taliban group which targets the Pakistani state, the PTM has managed to grow a cult following in the Khyber Pakhtunkhwa province.

Pakistan has long accused India and Afghanistan of trying to destabilise it by supporting Pashtun and Baloch nationalist movements, although with scant proof. While the Pashtun Tahafuz is a peaceful movement staying clearly within the limits of the law, its unscripted and spontaneous rise has caused more than alarm and Pakistan has been trying to bolt it down with a wave of arrests and reprisals, which seem to have backfired into greater support for the Pashtun movement.

The fear in Islamabad’s ruling circles is that the dormant Pashtun nationalism, which has seeded several revolts in the past, may raise its head once again and, with support from fellow Pashtuns in Afghanistan, create a new headache for Pakistan, which is already combatting a long-running independence movement in Balochistan.

Old Pashtun hands recall the words of Wali Khan, a Pashtun leader and son of Khan Abdul Ghaffar Khan, who fought for freedom from the British and was incarcerated in Pakistan’s prisons for voicing Pathan grievances, when he described himself as ‘a six-thousand-year-old Pashtun, a thousand-year-old Muslim and a 27-year-old Pakistani’.

Thus, despite successfully sheltering and nurturing the Taliban, who have been targeted by American and NATO forces since the 9/11 attacks, to a point where the terror outfit may be poised to return to power in Kabul, Pakistan is clearly not sanguine that it will manage to fully ‘tame’either Afghanistan or its own Pashtun tribals in its search for strategic depth in its neighbour’s territory.