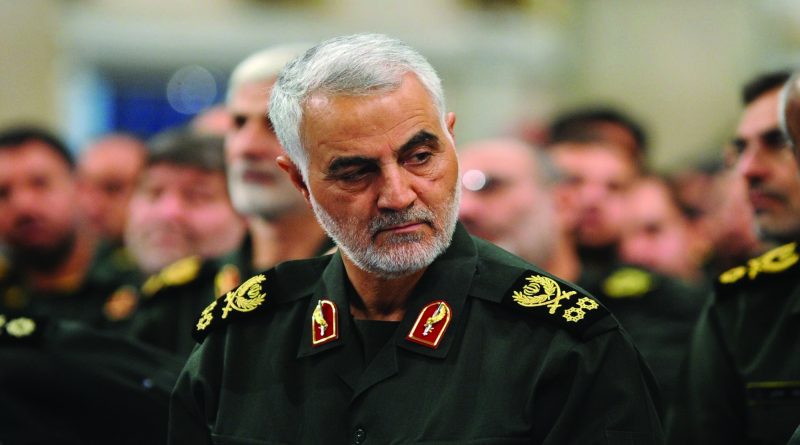 One of the more urgent and challenging foreign policy issues facing the new American president concerns Iran – whether or not to rejoin the Joint Comprehensive Plan of Action. Nicholas Nugent considers Biden’s options

In July 2015 all five permanent members of the United Nations Security Council, plus Germany and the European Union as a bloc, signed a Joint Comprehensive Plan of Action (JCPOA) with Iran. It was designed to limit Iran’s development of nuclear weapons in return for the lifting of economic sanctions imposed on the country as a result of its push towards becoming a nuclear power.

Under the agreement Security Council members, all nuclear powers, imposed limits on Iran’s nuclear ambitions for the 15-year duration of the deal, on its stockpiles and uranium enrichment, with verification provided by the International Atomic Energy Agency (IAEA). The deal’s significance was its universality, with China and Russia joining the US to prevent Iran developing nuclear weapons. For Iran, it provided a way out of the sanctions regime which had severally affected its prosperity.

Three years later President Trump withdrew the US from what he dubbed ‘the worst deal ever’, arguing that it did not go far enough and did nothing to prevent Iran’s military activities overseas in countries such as Lebanon and Yemen. Adopting instead a policy of ‘maximum pressure’, he reimposed economic sanctions on Iran in a punitive manner such that any country trading with Iran risked being hit by US secondary sanctions. This has had a disastrous effect on the country, which was in negative growth well before the COVID-19 pandemic crippled it further. Its sales of oil fell to perhaps a tenth of previous levels – precise figures are hard to know because some sales take place ‘out of sight’ – and the value of Iran’s currency, the rial, has fallen sharply.

However, despite this, there has been no sign of the country reducing its support for the Hezbollah in Lebanon or the Houthis in Yemen. Nor has Iran overcome its apparent determination to avenge the January 3 killing last year of Major General Qasem Soleimani in a US drone strike in Baghdad. Major General Soleimani led the Revolutionary Guards Quds Force which the US says is responsible for attacks in Iraq and elsewhere in the Middle East, resulting in the deaths of hundreds of American and allied military personnel. It is also said to be active in more distant countries such as Sudan and Kenya.

There is a sense of urgency on Iran’s side too: the parlous state of its economy as well as an impending presidential election that could well see a hard-liner elected to office in June, someone less ready to compromise than the incumbent, Hassan Rouhani. The country’s straitened economic circumstances, which gave rise to significant anti-government street protests in 2018, are something of a time-bomb under its political establishment. Recent power blackouts have added to the country’s woes.

President Biden has indicated an intention to rejoin the deal but there is uncertainty as to the terms he will insist on. He could simply make it a condition that Iran ‘returns to compliance’ by reducing its uranium stockpiles and level of enrichment to the terms of the original deal. (After the US withdrew, Iran boasted that it had breached the JCPOA’s terms in both those respects.)

This would alienate US allies in the region, notably Saudi Arabia and Israel, who are adamantly opposed to making what they would regard as concessions to Iran. Israel is believed to have been responsible for a series of explosions at Iranian nuclear facilities last year and the killing in November of Mohsen Fakhrizadeh, Iran’s most senior nuclear scientist. Some believe this was a pre-emptive attack in anticipation that the incoming American president would relax controls on Iran’s nuclear programme.

Both Saudi Arabia and Israel will likely seize on claims by President Trump’s Secretary of State Mike Pompeo, in a speech in Washington days before his departure from office, that Iran presents a ‘massive force for evil’ by protecting within its territory al-Qaeda militants (as Afghanistan once did), using this as an argument for maintaining maximum pressure and leaving Iran ‘out in the cold’.

They would prefer the US not to rejoin the JCPOA but instead support Israel’s action on the ground aimed at containing Iran’s programme to develop nuclear capability. This argument will have been strengthened by accusations at the UN by three JCPOA powers, Britain, France and Germany, that, far from using uranium for peaceful energy purposes, as Iran claims, it is set on developing it for use in weapons.

The International Crisis Group (ICG), another think tank, has proposed a four-point deal to restore the JCPOA, starting with a return to compliance by Iran within three months – by reducing uranium stockpiles (currently at 12 times the JCPOA limits) and destroying excess centrifuges – which, when verified, would lead the US to lift its sanctions. In addition, the ICG proposed that the US give its approval to Iran receiving a $5 billion International Monetary Fund loan to help combat the COVID-19 pandemic and lay the groundwork for negotiations with other JCPOA signatories regarding regional issues, of which ending the conflict in Yemen should be an early priority.

It is likely the US will make an end to the conflict in Yemen an urgent priority, given that Iran (which backs the Houthi rebels), Saudi Arabia and the UAE (who back the ‘official’ government of President Mansour Hadi) are all keen to bring an end to this humanitarian crisis and drain on resources.

President Biden probably needs little advice from outsiders on how to handle Iran as he is already committed to ending what he calls America’s ‘forever wars’ and making diplomacy ‘the first instrument of American power’. For many years he chaired the Senate Foreign Relations Committee and, as President Obama’s deputy, was involved in negotiating the JCPOA.

Several officials involved in that process are now back in office. President Biden’s nominees for CIA chief, Bill Burns, and for National Security Adviser, Jake Sullivan, as well as Wendy Sherman, one of his State Department undersecretaries, were all involved in secret talks with Iran in Oman which preceded the signing of the JCPOA.

President Biden believes in acting with allies. On inauguration day, his nominee for Secretary of State, Antony Blinken, spoke of ‘revitalising core alliances to be better positioned to counter threats posed by Russia, Iran and North Korea’. There can be no doubt that Iran is high on the new president’s action plan.