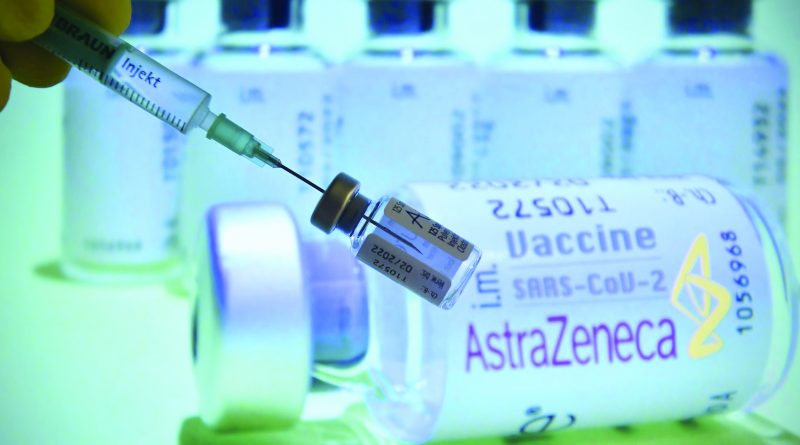 The Elephant vs the Dragon

When it comes to supplying Covid vaccines, India is stealing China’s thunder. The result is not only medical gains but huge diplomatic benefits for Delhi.  Jayanta Roy Chowdhury  reports

Early in January, Dhaka’s television channels were agog with news that, despite Bangladesh paying for supplies of Covid-19 vaccines from India’s Serum Institute, New Delhi may block shipments abroad as it tries to battle the pandemic at home. Anger against the larger neighbour was palpable as agitated television commentators voiced concerns over this possibility.

Within a fortnight the mood had changed. Television screens in Dhaka showed grabs of an Indian aircraft flying in 2 million doses of Covishield, the vaccine prepared by Oxford University and UK-based AstraZeneca, and manufactured by India’s Serum Institute. The first shipment, meant for healthcare workers, was a gift from the Indian government.

Welcome to the world of vaccine diplomacy.

‘The Pharmacy of the World will deliver to overcome the COVID challenge,’ Foreign Minister S. Jaishankar said on Twitter, as special Air India flights named ‘Vaccine  Maitri’ (Vaccine Friendship) took off with gifts of Covid-19 vaccines to neighbours Bhutan and the Maldives. After all, India is well known as the world’s largest manufacturer of generic drugs and one of the ten top medicine exporters worldwide.

Except Pakistan, which has opted for China’s Covid vaccine, India’s ‘supplies under grant assistance’ are being shipped to all neighbouring countries including Bangladesh, Nepal, Myanmar, Afghanistan, Sri Lanka, Mauritius and the Seychelles.

China, too, has been active in securing ‘friends’ through its version of vaccine diplomacy. Besides its all-weather friend Pakistan, Jordan, the United Arab Emirates, Turkey, Algeria, Indonesia, Malaysia, Singapore, Thailand, Brazil and Ukraine are among those who have ordered Chinese vaccines.

Wang Yi, China’s Foreign Minister, swung through a six-day tour of South East Asia in January, offering gifts of its vaccines. Similar offers were made to India’s neighbours too but to date, other than Pakistan, none has responded.

India’s vaccine flights were meant to and did displace China’s rival offers to its neighbours. Nimble-footed diplomacy, from an earlier stodgy protectionist stance of ‘India first’ to one of sharing its vaccines with ‘friends’, coupled with hesitancy in world capitals over China’s vaccine – whose test data is still unclear – has seen India steal Beijing’s thunder.

The shipments began within 72 hours of India starting its own massive inoculation drive to cover some 300 million of its most vulnerable – doctors, nurses, policemen, people over 50 years of age and those with prior diseases – by August this year.

South Bloc also gave Adar Poonawala, the Parsi tycoon who bet on the AstraZeneca drug and bid to make a billion doses of the vaccine at his Serum Institute drug manufacturing facility even before the initial tests were over, the green light to go ahead with shipping commercial sales to other nations.

Sales contracted, often with help from South Bloc, to Brazil, Morocco, South Africa and Saudi Arabia are being flown out and are to be followed by flights to a host of other nations. The ambassadors of some 100 countries were flown down to Pune, where Poonawala runs his vaccine factory, for an on-site visit in early December, to help those nations make up their minds on placing orders.

The Oxford-AstraZeneca vaccine is made from a weakened version of a common cold virus extracted from chimpanzees, modified to look more like coronavirus. It is one of two candidate drugs allowed by the Indian drug regulators to be used for emergency vaccinations.

The other is a home-grown vaccine, Covaxin, made by Genome Valley, Hyderabad-based Bharat Biotech and developed in collaboration with the state-run Indian Council of Medical Research. Covaxin is not being exported yet but is being used locally to vaccinate people. In time India hopes this too will ride Covishield’s success story.

At an average of $3 a dose, the billion doses to be made by Serum Institute represents $3 billion in revenues for Poonawala and immeasurable diplomatic gains for India, which is combining vaccine gifts and sales with medical aid by training foreign doctors and paramedics and by sending teams of its own hard-pressed doctors to neighbouring nations.

Medical visas to hundreds of thousands of patients from neighbouring countries have been prioritised as healthcare has turned into a potent diplomatic tool as well as a foreign exchange earner for New Delhi.

India is no stranger to Pharma diplomacy. Even before she won her independence, the Congress party then leading India’s freedom movement sent a medical aid team to China to help people facing up to Japanese bombing.

In March last year when the Covid pandemic was panning out, controversial research by the Méditerranée Infection University Hospital Institute in Marseilles found a significant reduction of the viral carriage in 20 Covid-19 cases treated with hydro-chloroquine.

The UK soon after banned exports of the drug and India, which manufactures 70% of global supplies of hydro-chloroquine, became the monopoly exporter. After a similar move at first to restrict exports, India realised opening up exports while ramping up production could be a better strategy to win friends and dollars, earning thanks from US President Donald Trump (who had earlier warned India against stopping exports of the drug), the Israeli leader Benjamin Netanyahu and Brazilian President Jair Bolsonaro.

Bolsonaro, who had earlier downplayed the threat from Covid, reached out to India for supplies  of the Covishield vaccine after Brazil started distributing China’s Sinovac vaccine. The Chinese drug showed disappointing efficacy of just over 50% in Brazilian trials, leading to the President decrying it in a Christmas message to his countrymen. Brazil also plans to locally produce 100 million doses of the AstraZeneca vaccine but those plans too have been stalled, with delays in shipping of a critical active ingredient from China.

China’s efforts to gift and sell medical supplies such as masks in the early days of the pandemic, and more recently its vaccines, have been dubbed as the new ‘Health Silk Road’ by analysts who feel this could lead to China emerging stronger in its global contest with the US for influence in capitals around the world.

Interestingly, Beijing – which has seen its ambitious Belt and Road infrastructure activities come to a standstill during the pandemic as travel restrictions and lockdowns in nations around the world have all but shut down the massive global construction it had started – has used both its embassies and Chinese companies like Huawei to deliver its medical aid.

However a combination of wariness among nations of mounting Chinese-lent debt and hesitancy over Beijing’s vaccine candidates, along with the feeling that the Asian power did not warn the world early of the imploding Coronavirus crisis in Wuhan, seems to be working against China’s vaccine diplomacy.

Yet the West’s record of reaching out vaccines to the world’s poor is not enviable and that will always leave a vacuum for its Chinese rivals to fill in. The US and the European Union haven’t stepped out to help much beyond a few countries in their near home turf. Even that aid is considered inadequate by many. The free vaccines offered by the EU to neighbouring East European countries, for instance, are few in number, leading those nations to also opt for Russia’s Sputnik V and Chinese vaccines, besides seeking supplies from World Health Organisation’s vaccine assistance programme.

Even Middle East nations, which can easily afford the costlier Pfizer and Moderna Covid vaccines, have also opted to ‘balance’ their purchases of AstraZeneca doses with orders from China and Russia.

In any case, with a global population of 7.8 billion people needing over 15 billion doses of vaccines, the need for anti-Covid shots will far outstrip initial supplies and leave the field open for vaccine candidates from all countries to be sold or gifted. With the pandemic having ravaged not only people but also economies, the gifts and cheaper vaccines being offered now will certainly find eager takers and the goodwill they will generate may well define relations in the years ahead.