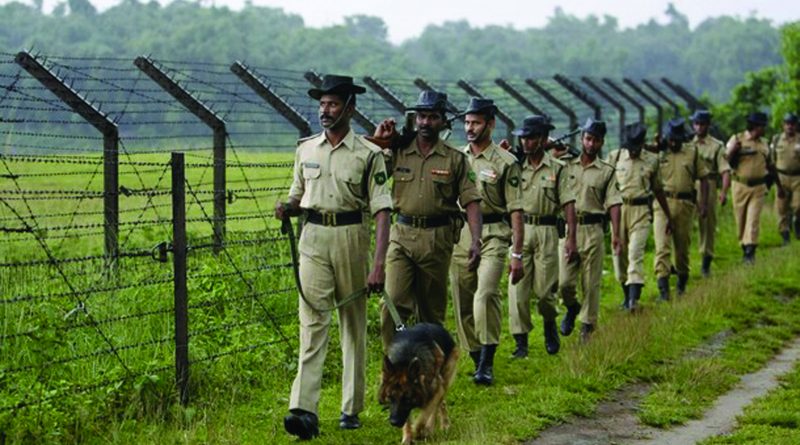 Relations between Delhi and Dhaka have sometimes vacillated but, writes  Sudha Ramachandran, their historic co-operation provides grounds to forge a lasting bilateral bond

India’s 72nd Republic Day, which was celebrated on January 26, saw a tri-services contingent of 122 Bangladeshi soldiers participating in the grand parade, marching shoulder-to-shoulder with their Indian counterparts. Only the third time that foreign soldiers have taken part in this event, the involvement of the Bangladeshi contingent is significant for another reason: it commemorates the co-operation between the two countries that culminated in Bangladesh’s independence from Pakistan in 1971.

Not only did India provide refuge for around 10 million Bangladeshis fleeing the genocidal violence unleashed by the Pakistani Army, it also supported the Mukti Bahini’s struggle militarily and garnered international support for the newly independent Bangladesh.

Bangladesh is celebrating the 50th anniversary of its emergence as an independent nation this year.  With New Delhi and Dhaka having planned several joint events to commemorate their historic co-operation, the participation of the Bangladeshi soldiers in India’s Republic Day should be seen in this context.

Relations between India and the newly independent Bangladesh began on a positive note on account of the co-operation between India and the Awami League in the liberation war. However, the relationship crumbled with the assassination of Bangladesh’s first Prime Minister, Sheikh Mujibur Rehman. Ties have often been troubled in the decades since, with Bangladesh coming under military rule or Islamist-friendly elected governments.

Still, it is only when the Awami League is in power (1996-2001 and 2009-present) that relations have warmed. Bilateral relations have therefore depended much on domestic politics in Bangladesh.

So how have India and Bangladesh done in handling their relationship over the past 50 years? It is a mixed report.

The two neighbours have successfully resolved territorial disputes, both land and maritime, peacefully and through negotiations. With the signing of the Land Border Agreement in 2015, which provided for the two sides to exchange 162 enclaves of land in each other’s territory, the last of their border disputes was resolved. However, border management remains a source of strife and tension. Although each side has committed to ‘not resort to the use of lethal weapons except in self-defence against terrorists or smugglers’,the two border forces continue to shoot dead ordinary people, even children, crossing the border.

India and Bangladesh signed an important agreement on water sharing in 1996. However, water sharing remains a thorn in their relationship. The two countries share 54 rivers and India’s continued damming and diversion of many of them has adversely affected Bangladesh’s agriculture, economy and environment, eroding public goodwill for India.

On the economic front, Bangladesh is India’s largest trading partner in South Asia but it is China that is Bangladesh’s leading trade partner. Sino-Bangla trade in terms of volume was worth $18 billion in 2019, compared with $10 million between India and Bangladesh that year. Trade between India and Bangladesh is overly in India’s favour; the trade deficit was $7.35 billion in 2019. The deficit grew at 164.4% between 2009-10 and 2015-16.

Bangladesh has not been able to draw benefit from India’s expanding import market and although India and Bangladesh are neighbours, the cost of doing trade is high. Goods don’t just cross border points but need to be loaded and unloaded, costing time and money. Trade between Dhaka and Delhi reportedly costs more than that between Bangladesh and the European Union.

India’s measures to stem the migration of Bangladeshis to India, such as its construction of a fence along stretches of its border with Bangladesh, has riled Dhaka for decades. The Narendra Modi government’s plans for a National Register of Citizens and enactment of the Citizenship Amendment Act has evoked enormous anger in Bangladesh. Worse, Indian ministers have made offensive remarks describing Bangladeshis as ‘termites’.  These have seriously frayed bilateral relations.

Yet Indian diplomats have described the India-Bangladesh relationship as a role model for others in South Asia to follow. Indeed, the two neighbors have supported each other in difficult times.

Bangladesh’s Awami League (AL) government has shown sensitivity to India’s security concerns. It took strong action against anti-India militant groups operating out of Bangladesh. It arrested several leaders of the United Liberation Front of Assam (ULFA) like Anup Chetia and Arabinda Rajakhowa, and handed them over to Indian authorities. In doing so it facilitated talks between the Indian government and ULFA.

Importantly, in its participation in the Belt and Road Initiative the AL government has been careful to avoid too close an embrace with the Chinese and has avoided involving them in infrastructure projects that are close to Indian territory.

For instance, it is yet to fulfil its promise to sign an agreement on sharing the waters of the River Teesta. The opposition of West Bengal Chief Minister Mamata Banerjee to the Modi government signing the agreement is to blame for the deadlock on this issue. With West Bengal going to the polls in April-May, the chances of India signing the agreement in the near future are remote. Meanwhile, this issue provides anti-India elements in Bangladesh with ample fodder to oppose co-operation with India.

India also tends to put Bangladesh in the same category as Pakistan in fashioning some of its policies, such as its Consolidated FDI policy of 2017. Like Pakistani citizens, Bangladeshis ‘can invest only under the Government route’. Is India not interested in Bangladeshis investing in its economy? Or worse, does it see Bangladeshi investors as threats?

India and Bangladesh share strong historical, cultural and civilisational ties with language acting as an important glue between their peoples.  This provides their relationship with multiple issues on which they can engage and work together.

Their historic co-operation in 1970-71 provides them with space to not just engage in symbolic hand-holding or marching together but to work together on shared problems and challenges. This will require India to rethink its policies towards Bangladesh in a meaningful and sensitive way. One sided efforts at conciliation cannot build a strong or lasting friendship.