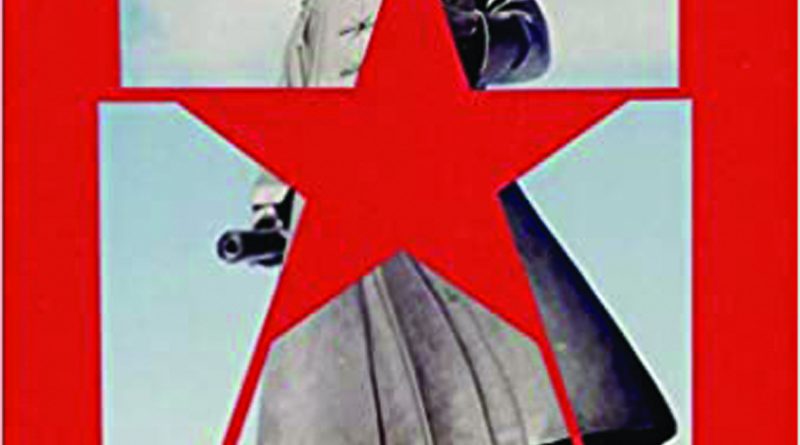 Humphrey Hawksley on a timely book that seeks to explain how China functions as a nation, and its long-term global objectives

Like deer caught in headlights, European politicians have tended to freeze and mumble when asked to describe China to their voters. One moment they have portrayed this juggernaut of a rising power as a key contributor to building nuclear power stations and other critical infrastructure; the next they are damning it for setting up Nazi-style concentration camps. Only a moment ago, the West was enveloped in a Golden Era. Now, it is grappling with an aggressive Leninist state.

But given that China does not have abrupt leadership transitions in unpredictable elections, what, if anything, over the past five or ten years has changed?

President Xi Jinping may be a more hardline leader, but he has kept the general direction and has not challenged the fabric of governing institutions as, say, Donald Trump has in the United States.

Unlike a Western politician, Bill Hayton has never wavered in his view of the way China operates and its long-term intentions.

As an author, he made his name explaining the South China Sea dispute, with maps and measured analysis, that is in demand on lecture circuits around the world. Now, with The Invention of China, he deftly tackles a broader canvas of the origins of the country itself.

He makes a bold assertion that this place occupying the finest minds in economic and foreign policy circles is, essentially, an invented concept.

With a twist of historical irony, he adds that it is an idea created not by the Chinese, but by Western explorers and scholars in their attempt to pigeon-hole it into something better understood by the European mind.

One can imagine the shaking of heads among the Chinese elite as they read through Hayton’s account of how their predecessors borrowed and adapted ideas and narratives from elsewhere to forge the policies and identity of the current leadership.

The Silk Road, for example, which has become a metaphor for Beijing’s trillion-dollar Belt and Road Initiative, was Europe’s notion of an exotic and profitable trade route to the Orient while, astonishingly, we learn there is no agreement on exactly how the name China was derived.

The most probable origin is from the ancient Qin of Chi’in dynasty, which did much to unify disparate regions and was based out of a small fiefdom in what is now the north-west province of Gansu. But no firm conclusion has been reached.

Each of Hayton’s chapter headings, whether on history, language or the Han race, is prefaced with the word ‘Invention’, conjuring up a spectre of fabrication, whether of place or culture.

One of the more salient, in today’s political climate, is on the issue of sovereignty.

It is here that the confluences of language, translation, mindset and culture meet and go a long way to explaining Sino-Western misunderstandings that, in all likelihood, will get worse before they sort themselves out.

The current Western definition of sovereignty lies in the nation state within borders.  Xi Jinping and his colleagues alternate between the words Zhongguo and Zhonghua when speaking about their country, both of which emphasise the centrality and reach of power more than a geographically delineated area.

‘Its more figurative meaning is the “centre of civilisation”,’ argues Hayton, ‘an assertion of cultural superiority over the barbarians in the hinterland.’

This would include territories such as Tibet, Xinjiang, Manchuria and Mongolia where ‘Chinese nationalists assumed the right to rule the entirety of what was a largely non-Chinese empire. They also assumed the right to decide who was Chinese,’ Hayton he writes.  ‘How their Chinese-ness should be expressed, what language they should speak and so on. The Communist Party has a monolithic view of what it means to be China and to be Chinese and appears determined to impose it, whatever the consequences.’

There are echoes here as we read about the re-education of Uighurs in Xinjiang, arrests in Hong Kong and never-ending threats against Taiwan. And what of the future of those weaker nations like Cambodia and Laos in Southeast Asia and others in Africa, already wrapped in Chinese influence?

One can imagine, again, officials honing a long and steely reprimand for Hayton next time he sets foot in Beijing, lecturing him chapter by chapter on all he has got wrong.

They would be wise, however, to look more deeply at the nuances of his arguments, one of which is that, despite a yearning for Chinese uniqueness, what this country has done and continues to do is nothing new.

‘Every modern “nation-state” – Germany, Turkey, Italy and Britain, to name just a few –has gone through this process.’  In the realm of invented nations, therefore, China is far from alone.

After all, Britain once regarded India, Hong Kong and swathes of the world as sovereign territory, much as China has expanded its own claims into the South China Sea.

While international lawyers cite historical maps and legal precedent, China is content to exercise raw power and conduct itself in a way that expanding empires have done for centuries.

Seen through this prism, China becomes less mystical and more understandable. With a new American administration looking to reset its relationship there, Hayton has delivered a timely and highly readable book that is packed with telling anecdotes and sharp argument.

Facing that once insoluble question about China, Western politicians need no longer freeze and mumble. Instead, they can use this primer when struggling to explain this rising Asian power to their constituents.

Humphrey Hawksley is a former BBC Beijing Bureau Chief.  His latest book is Asian Waters: The Struggle Over the Indo-Pacific and the Challenge to American Power