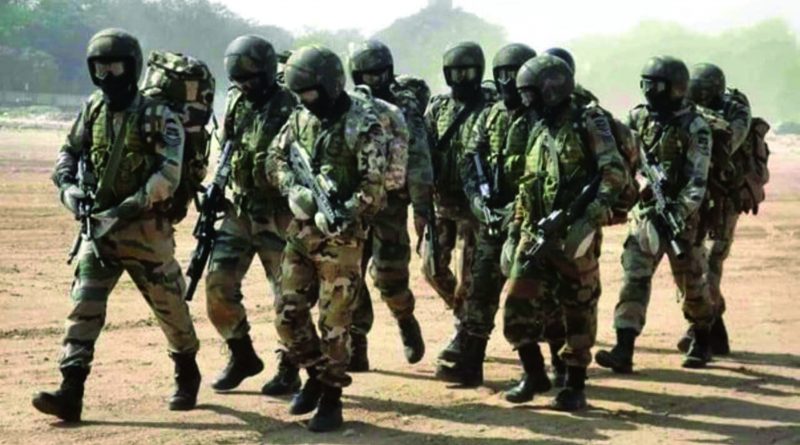 As a part of the Pandemic Relief Bill, on 27 December US President Donald Trump abruptly signed the Tibet Policy and Support Act into law, which has raised several important issues regarding the Dalai Lama’s succession, preservation of Tibetan identity, democracy for the Tibetan people, and the environment on the Tibetan Plateau, among others.

Lobsang Sangay, president of the Tibetan government-in-exile, called this ‘a momentous milestone for US policy on Tibet’, followed by words of congratulation from several Indian diplomats and strategic thinkers such as Brahma Chellaney and Ashok Sajjanhar.

Chinese Foreign Ministry spokesman Zhao Lijian, on the other hand, criticised the US for interfering in ‘China’s sovereignty and territorial integrity’ and urged the US to stop activities that ‘hurt China’s interests’.

But another question is how this US policy on Tibet – which protects the authority of the Dalai Lama and his future successors, and also supports the democratic Tibetan government-in-exile – serves India’s interests, and what it means for India.

A brief historical overview may be helpful here. The government of India’s first prime minister, Jawaharlal Nehru, made the mistake of recognising China’s sovereignty over Tibet in 1954, which jeopardised the legitimacy of the McMahon Line and Ladakh-Tibet treaties.

In this political dilemma, the Dalai Lama and Tibetan government-in-exile wholeheartedly support India’s position on the Himalayan border conflict against China. For instance, the Dalai Lama made six visits to Arunachal Pradesh between March 1983 and November 2009, and each time he reconfirmed Tibet’s support for India’s stance to the news media.

The Dalai Lama made six visits to Arunachal Pradesh between March 1983 and Nov. 2009

Tibetan president Lobsang Sangay has explained:‘Lhasa had always maintained that the disputed parts of Ladakh were always part of India, as are parts like Tawang in the state of Arunachal Pradesh.’ With such unwavering support from the Dalai Lama and Tibetan leaders, India has successfully managed to maintain its diplomatic strategy against China.

In recent decades, India and China have also fought for the leadership of Buddhist diplomacy in Asia. On May 4, 2015, speaking on the occasion of Buddha Purnima (the Buddha’s traditional birthday), Narendra Modi, the current prime minister of India, claimed that ‘by following Buddha’s teachings of love and compassion, Asia could become an inspiration and guiding spirit for the world’.

But China has been upgrading its position by claiming that it has the largest number of Buddhist followers and monasteries, and making large donations to promote Buddhism.

For its part, India is home to less than one per cent of the world’s Buddhist population and has failed to revive the lost tradition of in-depth Buddhist studies. India also obviously cannot offer huge funds, as China does, to build its influence among Buddhist communities in other countries.

However, as Isabelle Shi, a writer for the McGill Journal of Political Studies, has argued, India hosts the Dalai Lama, which is ‘China’s greatest weakness in the arena of Buddhist soft power. It cannot cultivate a benign, peaceful Buddhist image greater than that of the 14th Dalai Lama’.

With regard to environmental issues, the US Tibet policy notes: ‘The Tibetan Plateau contains glaciers, rivers, grasslands, and other geographical and ecological features that are crucial for supporting vegetation growth and biodiversity, regulating water flow and supply for an estimated 1,800,000,000 people.’

This policy directly highlights the problems facing India and other downstream countries that depend on the rivers flowing from Tibet.

The policy statement continues: ‘The People’s Republic of China has already completed water transfer programs diverting billions of cubic meters of water yearly and has plans to divert more waters from the Tibetan Plateau in China.’

Distribution and quality of water have been a source of tensions between India and China for decades, and China always has the upper hand because the source of much of the water is Tibet. The livelihoods of millions of Indian farmers depend on the Tibetan rivers and the Himalayan climate, while the rivers also enable Indian hydroelectric projects and other industries. The new US policy promotes river-management transparency, pollution regulations and Himalayan ecological protection for long-term resource sustainability and its fair distribution.

Besides such practical concerns, it is also perhaps India’s moral obligation to support – and emulate – this US policy on Tibet.

Tibetans in exile, including the Dalai Lama, have made a great contribution toward reviving and popularising Buddhist scholarship and Buddhist pilgrimages in India, which brings both rich cultural diversity and economic income to India.

As members of the Special Frontier Force (SFF) or Indo-Tibetan Border Police (ITBP), thousands of Tibetan soldiers have fought for India without any official recognition for many decades.

Despite a recent mutual pullback agreement on the Sino-Indian border conflict, satellite imagery has provided evidence of China setting up villages in formerly uninhabited stretches on its disputed Himalayan borders with India. Meanwhile China is pushing ahead with the construction of a new railway to connect Chengdu, one of its main military centres, with Nyingchi in Tibet, which is just 100km from the Arunachal Pradesh border.

It would be hard for New Delhi to come up with a sufficiently strong policy to make Beijing accountable for what it is doing in Tibet, India and many other South Asian countries. But since the US has already taken such an initiative, India’s job is just to follow Washington’s lead and strengthen its own Tibet policy, because doing so will serve its diplomatic and geopolitical interests well.

Perhaps then many other Asian countries will join the movement and pressure China to settle the Himalayan political and environmental issues once and for all.

Tibet has risen up the political agenda in the past year, with important developments in Asia, the US and Europe. Here are some recent key events:

January 2020: The US House of Representatives passed a bipartisan bill to update and strengthen the Tibet Policy Act of 2002.

China passed a new law ‘Regulations on the Establishment of a Model Area for Ethnic Unity and Progress in Tibet Autonomous Region’, which was widely seen as a clampdown on Tibetan culture and autonomy.

February: Nepal agreed to hand over Tibetans escaping into that country to China.

March: The 61st anniversary of the Tibetan National Uprising was observed around the world by Tibetans and supporters, except in Nepal where Tibetans were urged not to observe the anniversary for political reasons.

April: The European Union said it expects China to respect the Dalai Lama’s succession in accordance with Tibetan Buddhist standards.

May: The UN called on China to drop charges against Tibetan environmentalist, anti-corruption crusader and human rights defender A-nya Sengdra.

The US Secretary of State called on China to immediately make public the whereabouts of the 11th Panchen Lama Gedhun Choekyi Nyima.

June: The US State Department identified China as amongst the world’s worst countries for religious freedom.

Two Tibetans were sentenced to prison for a song in praise of the Dalai Lama.

September: US Secretary of State Mike Pompeo called on China to enter into dialogue with the Dalai Lama or his representatives ‘without preconditions’.

A report by researcher Adrian Zenz claimed there is widespread forced labour in Tibet as well as ‘enforced indoctrination, intrusive surveillance, military-style enforcements and harsh punishments’.

October: China sentenced the Tibetan singer Lhundrup Drakpa to six years in prison on charges of separatist activities’ for his song ‘Black Hat’.

Assistant Secretary Robert A Destro was confirmed as the US Special Coordinator for Tibetan issues.

January 2021: Tibetans in exile voted to elect their next political leader and members to the Tibetan Parliament-in-exile. The second phase of voting takes place in April with the final election results to be announced in May 2021.

Kunsang Thokmay is a D.Phil. candidate at The Oriental Institute, University of Oxford