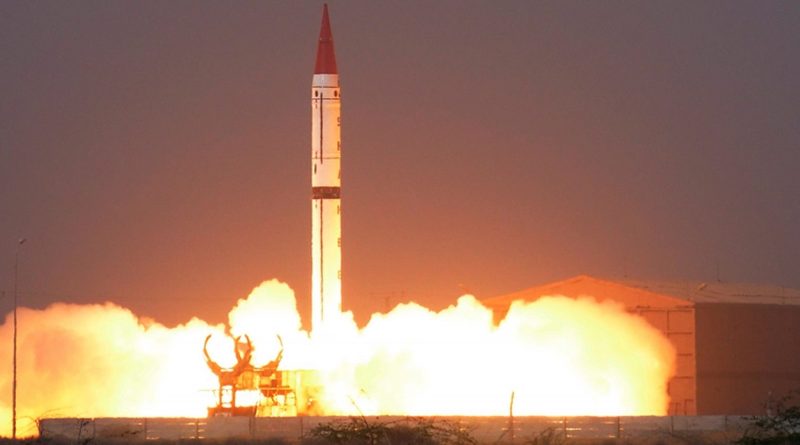 In Afghanistan, campaigners for peace are being picked off by terrorist assassins as America prepares to withdraw its last remaining troops. In Pakistan, the Chinese-backed military is testing more missiles aimed at India. With danger escalating in the region, Duncan Bartlett considers how the new US administration will address these pressing threats to peace

The writers in this magazine are specialists in analysing risks to Asia. Over the past year, our team’s main focus has been on the coronavirus crisis, which started in Asia and is now wreaking havoc throughout the world.

Yet other threats also loom as we begin 2021. Above all, the situations in Afghanistan and Pakistan are a cause for grave concern.

Our sister organisation, The Democracy Forum, convened two major webinars about those countries last year. Our hope is that, through dialogue, we can emphasise the importance of Pakistan and Afghanistan, not just in terms of security in Asia but also in a global context.

A key question to consider is whether a shift in US foreign policy under the Biden administration could improve the situation.

The reputation of the United States was severely damaged in the Trump era, especially during its final, dark days. Opinion polls have repeatedly shown that the US has fallen out of favour in Asia, even though Trump does retain loyal supporters in India, Japan and Taiwan.

In his inauguration speech on January 20, new president Joe Biden pledged to rebuild trust, vowing to ‘repair our alliances and engage with the world once again, not to meet yesterday’s challenges but today’s and tomorrow’s challenges’.

Moreover, the US would‘lead, not merely by the example of our power, but by the power of our example. We’ll be a strong and trusted partner for peac0pe, progress and security’.

President Biden has made it clear that his overriding objective is to address America’s domestic problems: halting the spread of coronavirus and calming the social unrest which culminated in the January 6 attack on the Capitol building in Washington. He has not yet offered details of his foreign policy agenda, although he has indicated its outline.

On the international front, Afghanistan remains a pressing problem.

A wave of targeted killings is terrorising the country. In January, two female judges were shot dead in Kabul while, according to the New York Times, 136 civilians and 168 security officials were killed in targeted attacks in 2020.

Former President Donald Trump made a so-called peace deal with the Taliban, the hardline Islamic group responsible for much of this violence. The agreement – aimed at removing American forces from an ‘endless war’ which has little public support at home – was linked to the withdrawal of US troops, which is due to be completed in May 2021. At present, 2,500 remain on the ground but are avoiding any contact with the enemy.

However, since that peace deal, the battle between the Afghan government and the Taliban has intensified, with President Ashraf Ghani accusing the Taliban of launching an ‘illegitimate war’.This includes the planned and systematic murder of people who campaign against human rights violations, such as the Taliban’s frequent killing of women.

Some members of the Afghan government still hope they can persuade the new US administration to review the plan for a complete withdrawal of American troops.They believe that the chances of a political settlement are virtually nonexistent at present and warn that the Taliban, al-Qaeda and the Islamic State are combining to present a pressing threat to international security.

President Biden will therefore need to consider carefully the implications of following through on Donald Trump’s plan to withdraw all American troops by the summer. He may also want to reflect on his own words, written in Foreign Affairs magazine last year, that the US should withdraw the ‘vast majority’ of its troops from Afghanistan and ‘narrowly define’ its interests around counterterrorism.

Closely linked to Afghanistan is the dilemma of Pakistan.

While the Biden administration may be hoping the Pakistani government will try to persuade the Taliban to agree to a long-term ceasefire, the Taliban is not in a listening mood and America has lost political leverage with Pakistan.

As money speaks louder than words, the United States could use cash to try to win favours. However, Donald Trump cut off funds to Pakistan in 2018, when he announced that US money was fuelling corruption and doing little to combat terrorism, or to prevent Pakistan’s threatening behaviour towards India.

On the day the new US president was inaugurated, Prime Minister Imran Khan said on Twitter that he hopes to ‘build a stronger Pak-US partnership’, adding that he was looking forward to working with Joe Biden to promote ‘regional peace’.

Cordial enough, but I believe it is a loaded message.

Mr Khan is effectively telling Mr Biden that, in return for helping America with the Afghanistan problem, he expects more financial support through what he describes as ‘trade and economic engagement’.

Yet everyone in Pakistan understands that the ‘Pak-US partnership’ is far less important to Prime Minister Khan than the relationship with China, which he regards as an ‘iron brother’.

In January, Pakistan agreed to use Chinese vaccines to inoculate its citizens against coronavirus. And there was another significant event in Pakistan on the day of Mr Biden’s inauguration.

Just as the US president was being sworn in, Pakistan test-fired a ballistic missile with a range which includes any part of India, including outlying islands.The test was supervised by the chairman of Pakistan’s Joint Chiefs of Staff, Lieutenant-General Nadeem Zaki Manj, a political associate of Prime Minister Khan.

Pakistan’s military did not reveal whether the Shaheen III missile was capable of carrying nuclear weapons, although it has previously been described as having that capability.

Mr Khan and President Arif Alvi both made a point of congratulating the generals and the scientists involved in the rocket launch. It was a reminder of the inseparable links between the army and the civilian government.

If President Biden honours his pledge to ‘repair alliances’ and engage with Pakistan, it is likely to lead to negotiations between the US and the Pakistani military.

It seems certain that the Chinese will try to set the agenda, as China has a greater influence on Pakistan’s affairs than on any other country in the world.

American diplomats dispatched to the region are at risk. They are unwelcome visitors to Kabul or Islamabad, where anti-western feeling is rife. Pakistan almost expelled the French ambassador last year and US officials are targets for terrorists in Afghanistan.

Mr Biden has not promised any miracles for Asia. Nor is he naive about the role of China.

The threats posed by Pakistan and Afghanistan intensified during the Trump era, although it would be wrong to pin all the blame on the outgoing American leader.

Nevertheless, President Biden and his team face a severe test in a region where the US is not trusted. America is deeply enmeshed in Asia’s danger zone. Somehow, a better strategy must be found.

Duncan Bartlett is the Editor of Asian Affairs and a Research Associate at the SOAS China Institute, University of London