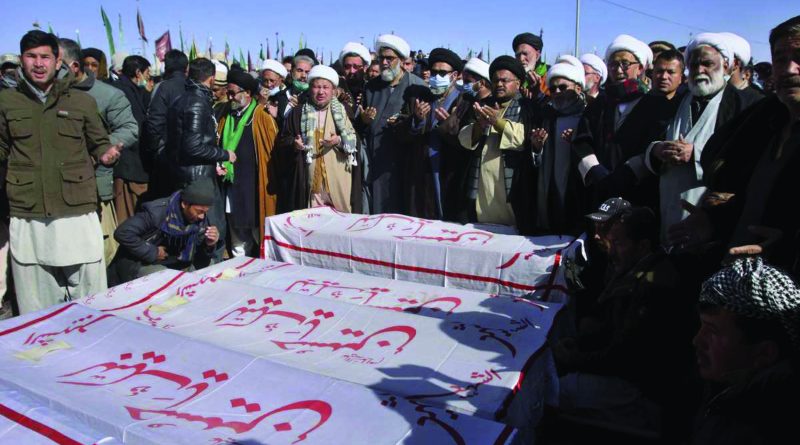 The China Pakistan Economic Corridor has been both a boon and a bane for Beijing and Islamabad.  Yvonne Gill considers the potential winners and losers of this ambitious but beleaguered project

On 15 October 2020, 14 security personnel were killed after a convoy of Pakistan’s state-run Oil & Gas Development Company Ltd (OGDCL) was attacked by Baloch nationalists on the coastal highway near the Arabian naval base of Ormara in Gwadar district of the country’s Balochistan province. Ormara reportedly houses a storage facility for the nuclear capable Hatf-VII/Babur missiles, built with Chinese assistance.

Then, on 27 December, seven soldiers were killed in a gun attack on a Frontier Corps (FC) Balochistan post in Harnai district, followed by the slaughter, on 2 January 2021, of 11 miners from the Shi’ite Hazara sect by sectarian Islamists in Balochistan. The Islamic State claimed responsibility.

These are glimpses into the current turmoil in Balochistan, where the strategic Gwadar deep seaport, the southern terminal point of the China-Pakistan Economic Corridor (CPEC), is located. While CPEC is considered a flagship of China’s Belt and Road Initiative (BRI), Gwadar seaport is often described by Pakistan’s ruling elite as a ‘jewel’ in the CPEC crown.

Clearly, all is not well for CPEC, a multi-billion-dollar BRI project. The ambitious infrastructure corridor is supposed to provide the Chinese with an alternative and much more economic access to the international sea lanes, compared to the current South China sea lanes passing through the vulnerable Malacca Strait.

A few years ago, Pakistan’s then Minister for Development, Ahsan Iqbal, proudly declared CPEC would ‘transform Gwadar into a model city-port like Dubai, Hong Kong or Singapore’. But for the people of Balochistan, comprising 40 per cent of Pakistan’s area and the most backward province, CPEC has proved to be a Chinese curse. Land has been forcibly acquired to build highways, the port’s infrastructure and other facilities with no compensation for the original owners. Jobs have been requisitioned by people from other provinces, particularly, Punjabis, and a large number of Chinese hold supervisory and technical positions. Some 15,000 army personnel have been deployed to provide security to Chinese nationals and protect installations.

The mega project is also adversely affecting the environment. Local fisherfolk cannot compete with the Chinese and Pakistani trawlers that are literally sweeping the Baloch Sea. They use wire nets to catch anything that lives beneath the waters, endangering many rare species and destroying the reefs and the ecosystem.

The Chinese have installed their old used coal power plants in Gwadar and coal-fired power generation is bringing pollution. Ankora Kaur Dam, the source of fresh water supply to Gwadar city, is under the control of a Chinese company, with a resultant severe shortage of drinking water in and around the city. Two desalination plants set up by the Chinese produce limited quantities of water, just enough for the seaport.

Another reason for popular discontent is that in CPEC mining projects in this resource-rich province, local people, who are being forcibly displaced, have no say or participation.

CPEC’s military and strategic importance is something that binds China and Pakistan together. Pakistan’s military establishment has always vied with the civil administration to maintain control over the project. The Chinese tacitly support the Pakistan army’s claims as this gives them greater control over coastal areas. Both Chinese and Punjabis are being settled in Balochistan, with a widespread surveillance system being put in place to secure the Gwadar port as well as the military and naval bases there. Naval bases in Jiwani and Ormara and an underground submarine base in Sonmiani area part of the infrastructure being built to encircle India by sea.

Gilgit-Baltistan, another area through which CPEC passes, is also under Pakistan army control, with the region’s Shiite minority a target of reprisals, while in Sindh, there is a growing, and unwelcome, Chinese presence. No wonder separatists have been organising retaliatory attacks against security forces which have been engaged in killings, torture and rape to quell dissent. People who raise their voice often disappear or are found dead.

Over the past several months, attacks by separatist groups have dramatically increased. Three Baloch separatist groups – the Baloch Republican Army (BRA), Baloch Liberation Front (BLF) and Baloch Liberation Army – have regrouped under the banner of Baloch Raaji Ajoi Sangar (BRAS), or the Baloch People’s Liberation Coalition, and have been carrying out coordinated attacks on the army and Chinese nationals. They are also in touch with Sindhi nationalists.

Unnerved, the army is fencing off a 24 square km area around the Gwadar seaport in collaboration with the Makran Administration, Gwadar Development Authority, Gwadar Port Authority and the Balochistan government. The plan is to have three entry and exit points to control passage to and from the gated city. The ‘Gwadar Safe City’, as it is referred to, will be equipped with more than 500 high-definition surveillance cameras. Only those with permits will be allowed inside. This fortification plan will be extended to all the CPEC installations in Sindh and Balochistan provinces in due course, the Chinese have been assured.

Besides such security concerns, Beijing is unhappy with the tardy implementation of CPEC projects and reports of corruption. China is tightening its belt and has put an overall lending squeeze on BRI ventures, and the impact is being felt in Pakistan too. Several crucial CPEC and related schemes are stalled or behind schedule due to a lack of funds. Of 122 proposed CPEC projects, only 32 have been completed so far.

Corruption by Chinese companies involved in CPEC, particularly in the power sector, has created an awkward situation for the Pakistan government. An inquiry into the private power sector found irregularities to the tune of $1.8 billion. Chinese firms working on CPEC projects were also involved in the fraud.

With Beijing looking likely to be less generous in future, Pakistan has been allowed to form joint ventures with companies other than Chinese state-owned or private enterprises for CPEC projects. The Saudis have been invited to invest in a refinery in Gwadar. Egypt and Turkey are also being brought in.

The 1,872-km long ML-1 project, which involves rehabilitation and upgrading of the Karachi-Lahore Peshawar railway, stalled due to China’s reluctance to fund the project on terms demanded by Pakistan. But now the Chinese have agreed to partly fund the railway project, which will give a much needed boost to the ailing Pakistan railways.

The CPEC programme envisages that China will build and finance Special Economic Zones (SEZs) in all four Pakistan provinces: Islamabad Federal Territory, the Port Qasam Federal Area, Pakistan-administrated Kashmir and Gilgit-Baltistan, as well as at Gwadar. Apart from the Gwadar Zone, the Allama Iqbal Industrial City in Punjab and Rashakai Economic Zone in Khyber Pakhtunkhwa province, other SEZs are either still in pre-feasibility or post-feasibility stages. Nothing is visible on the ground.

Pakistan’s debt-ridden economy is also making the Chinese wary. The country’s debt to GDP ratio is as high as 107 per cent. CPEC deals are secretive and there is little information in the public domain about the rate of interest and other terms and conditions. But it’s no free lunch. The Chinese are known to be hard bargainers. Take the case of Gwadar seaport. It has been leased out for 40 years to the state-owned China Overseas Port Holding Company, which will retain 91 percent of revenue generated from Gwadar’s marine operations, plus 85 percent of the revenue from the management of an adjacent industrial zone. The company will also benefit from the deep tax exemptions that Pakistan has granted to Chinese companies in projects related to CPEC. Pakistan’s share in Gwadar is just 9 per cent in the port and 15 per cent in the industrial zone.

In addition, Pakistan is incurring huge debts in the construction of highways, bridges and other infrastructure. All equipment and materials are being imported from China, while Chinese companies are involved in the building work. All this is leading to a serious debt repayment crisis for Pakistan, which had to take out an IMF loan as it was on the verge of defaulting on previous debts. The Chinese are already facing calls to write off BRI debts in Africa and elsewhere; hence their reluctance to pour more money into CPEC.

However, things are moving at a faster pace following the appointment of new Chinese Ambassador Nong Rong, who has held important political positions back home. Assured of a better deal from Beijing, Imran Khan’s government promptly passed new legislation in the National Assembly, proposing the creation of a revamped China Pakistan Economic Corridor Authority (CPECA) that will give control of CPEC to the Pakistan army. CPEC is presently headed by a controversial retired Lt. General, Asim Salim Bajwa, against whom serious corruption charges have been levelled. The new law gives CPECA sweeping powers, including responsibility for ‘planning, facilitating, coordinating, monitoring and evaluating to ensure implementation of all activities related to CPEC’.

The Chinese are happy and more obliging because the army’s control effectively blocks civilian scrutiny and transparency. The new legislation also gives more legal powers to the army to take draconian security measures to protect the CPEC workforce and installations. This also corroborates CPEC’s status as a strategic military asset, as much as a gargantuan infrastructure initiative. Ultimately, both countries will play ball together, come what may. But Pakistanis should remember that the Chinese always mean business. They will give away nothing for free. Who gains and who loses remains to be seen.