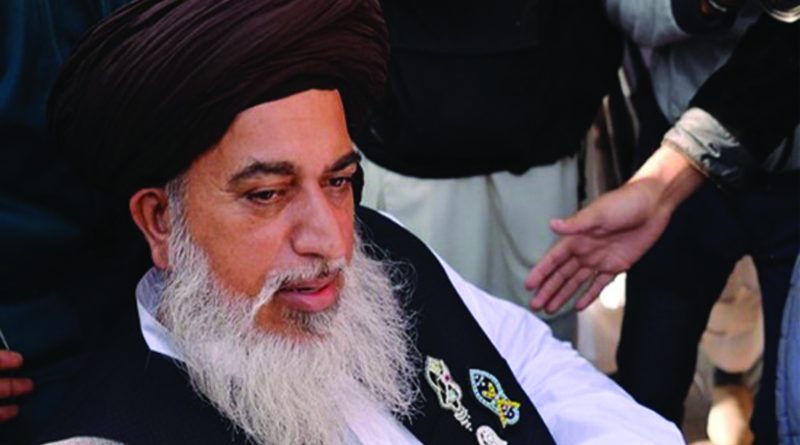 The death of cultural pluralism

Despite the recent demise of its hard line founder, Ayesha Siddiqa predicts that the Tehreek-e-Labbaik Pakistan will hold on to the power it has gained by mobilising the poor and the angry

The French ambassador in Pakistan must have breathed a sigh of relief as Khadim Hussain Rizvi of the Tehreek-e-Labbaik Pakistan (TLP) breathed his last on 19 November. Rizvi, with thousands of his followers, had turned up in Islamabad/Rawalpindi to force the Imran Khan government to cut diplomatic relations with France, throw out the ambassador and recall its own.

The Imran Khan government itself may have felt a bit relieved since, not withstanding its ideological position on the blasphemy issue, it cannot afford to snap relations with Paris. France is an important member of the European Union which, after the US, is one of the most significant trade partners for Pakistan. According to a 2016 study, Pakistan’s imports from France amount to about nine per cent of its total EU imports. The trade figures have not changed since then. Some of the goods are critical – the Mirage fighter aircraft, Alouette III helicopters, mine hunters, and Agosta-90B submarines. Reportedly, France has refused to upgrade Pakistan’s military equipment of French origin, which means that Islamabad will divert even more towards China, with whom it was already in conversation for procurement of submarines and fighter jets, though Pakistan cannot immediately cease ties.

In mid-November, Interior Minister Brig. (ret’d) Ijaz Shah and Minister for Religious Affairs Pir Noorul Qadri signed an agreement with Rizvi’s party in which the government agreed to freeze diplomatic ties after approval of the national assembly. However, before one could solve the mystery of why Rizvi gave the government a period of three months to debate and implement the decision of breaking/freezing ties with France, the cleric died, leaving behind conspiracy theories about his death that will only strengthen his ideology or create greater chaos in society.

Imran Khan does not disagree with Khadim Rizvi’s basic demand of stopping the Western world from blasphemy, especially regarding the Prophet of Islam. In November 2018, he called for an international convention to stop blasphemy. There is certainly a huge divide between the non-Muslim and Muslim worlds regarding appreciation of each other’s perspectives. There is indeed a civilisational divide. The Muslim world’s leadership is also not on the same page on how to best deal with the matter. On the one hand, Khan stands with Turkey’s Recep Tayyip Erdoğan and Malaysia’s Mahathir Mohamad in condemning the exhibition of blasphemous content like the Charlie Hebdo cartoons. The Muslim bloc led by Saudi Arabia and Gulf states, on the other hand, have not taken any position on the matter. The Saudi-led bloc, which I consider as the old-traditional bloc, comprises authoritarian monarchies that can afford to remain silent on the issue despite the bulk of their people not feeling the same way. Countries such as Pakistan that I believe represent the new-traditionalists, however, are civilian-led authoritarian states that cannot afford to silence their public because politics is dependent upon politicisation of religion.

Surely, the French military hardware problem will get resolved. Pakistan will have to pay an arm and a leg to procure spare support through the black market. The more serious issue, however, is internal. The societal chasms and politicisation of religion are bound to intensify. Many of the liberal voices that are critical of Rizvi miss the point that the cleric was an effect and not the cause of the death of cultural pluralism in Pakistan. The remarks that demonstrate a sense of pain and hurt on seeing hundreds and thousands of ordinary people gather at the cleric’s funeral miss the point – it’s the continuous politicisation of religion and playing of one sect against the other for the fulfillment of the state’s pragmatic goals that has sacrificed any hope for construction of a secular or rational social evolution.

The post-Rizvi TLP may suffer from infighting that in itself is a recipe for intensification of its ideology.

Khadim Rizvi, who was a lowly Sunni Barelvi cleric in the Ministry of Religious Affairs, rose to significance after launching his party, the Tehreek-e-Labbaik Pakistan, in 2015. The party led the movement to venerate Mumtaz Qadri, the guard sentenced to death for shooting and killing the governor of Punjab, Salman Taseer, in 2011. The governor was killed for sympathising with blasphemy-accused Christian woman Aasia Bibi.

However, Rizvi and his party got wings to fly after they undertook their protest in 2017 against Nawaz sharif’s government. In a 2019 judgment by the Supreme Court, Justice Qazi Faez Isa questioned the role of the Inter-Services Intelligence (ISI) in that notorious Faizabad sit-in and the army distributing money to disperse the crowd. The judge himself got into trouble with the army for his decision. It seems that this time, Rizvi was brought back again not to emphasise the importance of blasphemy but to criticise Nawaz Sharif. His speech, a few days ago before his death, was highly critical of the former prime minister.

Rizvi was used for political gains the same way the Barelvi leadership of post-independence years was used by competing interests. A study of the history of Pakistan’s Punjab will tell you how the original political party representing Barelvi clerics, the Jamiat Ulema-e-Pakistan (JUP) founded in 1948, benefited from the battle between Punjabi politicians Mumtaz Daultana and Iftikhar Hussain Khan Mamdot. The JUP and its leaders Shah Ahmed Noorani and Abdul Sattar Niazi were at the forefront of the anti-Ahmediyya protest in 1952-53. Later, Noorani won support from the trader-merchant class in Karachi to secure a national assembly seat in 1970. Niazi, on the other hand, made it to parliament twice in 1988 and 1990.

However, the Barelvi school of thought, which refers to a mullah-led movement but is known for its sympathy for Sufism, became less significant after the 1980s because the state instead used Ahl-hadith and Deobandi warriors to fight in Afghanistan and later other fronts, including Kashmir and Bosnia. There was only one Barelvi group from Jhang that went to fight in Kashmir. The partnership for jihad outside Pakistan brought in resources to these groups that strengthened them internally and pushed back the Barelvis, who were on a weak wicket because of poor investment on evolution of their ideology and network of seminaries. According to a study in the early 1980s by the government of Punjab, some of which went into a book by Saleem H. Ali, state resources were given to Deobandi seminaries. After the rise to power of the Taliban, who belong to the Deobandi school of thought, the Barelvis got a further push back. There was a major crisis of Deobandis forcibly occupying Barelvi madrassas and mosques. Deobandi and Ahl-Hadith (later representing JuD) socially became the new power brokers, even outsmarting the pirs who represented Sufi shrines.

The lowest point for the Barelvis was the Nishtar Park terror attack in Karachi in 2006, in which almost 50 Sunni religious leaders were killed. It created a moment in which there was a lot of discomfort amongst the Barelvi youth and a pushback for the leadership to regain space. Another Barelvi cleric, Tahir-ul-Qadri with his resource-rich organisation, Minhaj-ul-Quran, could not manage greater power, despite joining Imran Khan in a rally in 2014 against Nawaz Sharif or rendering his services to write a fatwa condemning suicide attacks and terrorism. Despite even the Americans recognising Sufi Islam as an alternative to fight terrorism, it did not bring ample dollars or power to ordinary Barelvi clerics as had happened in the case of Deobandi clerics during the 1980s.

Societal chasms and politicisation of religion are bound to intensify

Rise of Rizvi and rise after Rizvi

Khadim Rizvi attracted the attention of state institutions mainly because of his ability to mobilise the poor and the distraught. His use of coarse language, reference to religious narrative that is popular in mosques in villages, small towns or even parts of big cities, and his ability to tap into state resources, though marginally, gave him power. I remember talking to some people from south Punjab that had come to attend his Faizabad sit-in in 2017. For many, it was their first trip to Islamabad. Some didn’t have money to return home. I met one couple who, by the end of the sit-in, had even lost their shoes and couldn’t afford a pair. The fact that they got free food and a thousand rupees ‘paid by the army’ was a new chapter in life.

The TLP, like the rest of the religious-political parties, may still not become a major stakeholder in Pakistan’s parliamentary politics, which is not a commentary on their street power. Rizvi’s party, in fact, got two seats in the Sindh provincial assembly, even outdoing the coalition of religious parties, Mutahida Majlis-e-Amal (MML), in the 2018 elections. It has managed to make blasphemy such a critical issue that even the state has lost control over the matter. There is not a day that we don’t hear about someone being killed for either blaspheming or being Ahmadiyya. It’s not a simple case of bigotry or lack of education, but representation of politics that has always used religion for furthering power-political goals. It is also about half-baked revolutions in which the poor and the dispossessed have begun to resort to mass violence to vent their anger against the powerful. Unfortunately, like all cases of social fascism, it is easier to target minorities. The behaviour also makes sense given how non-religious politics has been made to fail. On the one hand, the political parties are constantly pushed back by the military. On the other hand, the leaders have failed to develop cadres so they can mobilise support and change behaviour.

Tactically, issues like blasphemy or anti-Ahmadiyya violence are useful for even the Deobandi groups to keep their own followers excited. It was just recently that the Jaish-e-Mohammed (JeM) leadership eulogised Mumtaz Qadri and the killer of the French teacher Samuel Paty. This is not simple ideological convergence, but the JeM and others using an issue that will keep its cadres mobilised even if they cannot do much as Islamabad confronts pressure from the Financial Action Task Force (FATF). But anti-blasphemy violence is not a matter that can be wished away by constant reference to a liberal Muhammad Ali Jinnah. Perhaps, the answer for what created Rizvi may lead right to the doors of the founding father and his comrades.

Ayesha Siddiqa is research associate at SOAS, London and author of Military Inc; Inside Pakistan’s Military Economy. She tweets @iamthedrifter. The views expressed here are personal